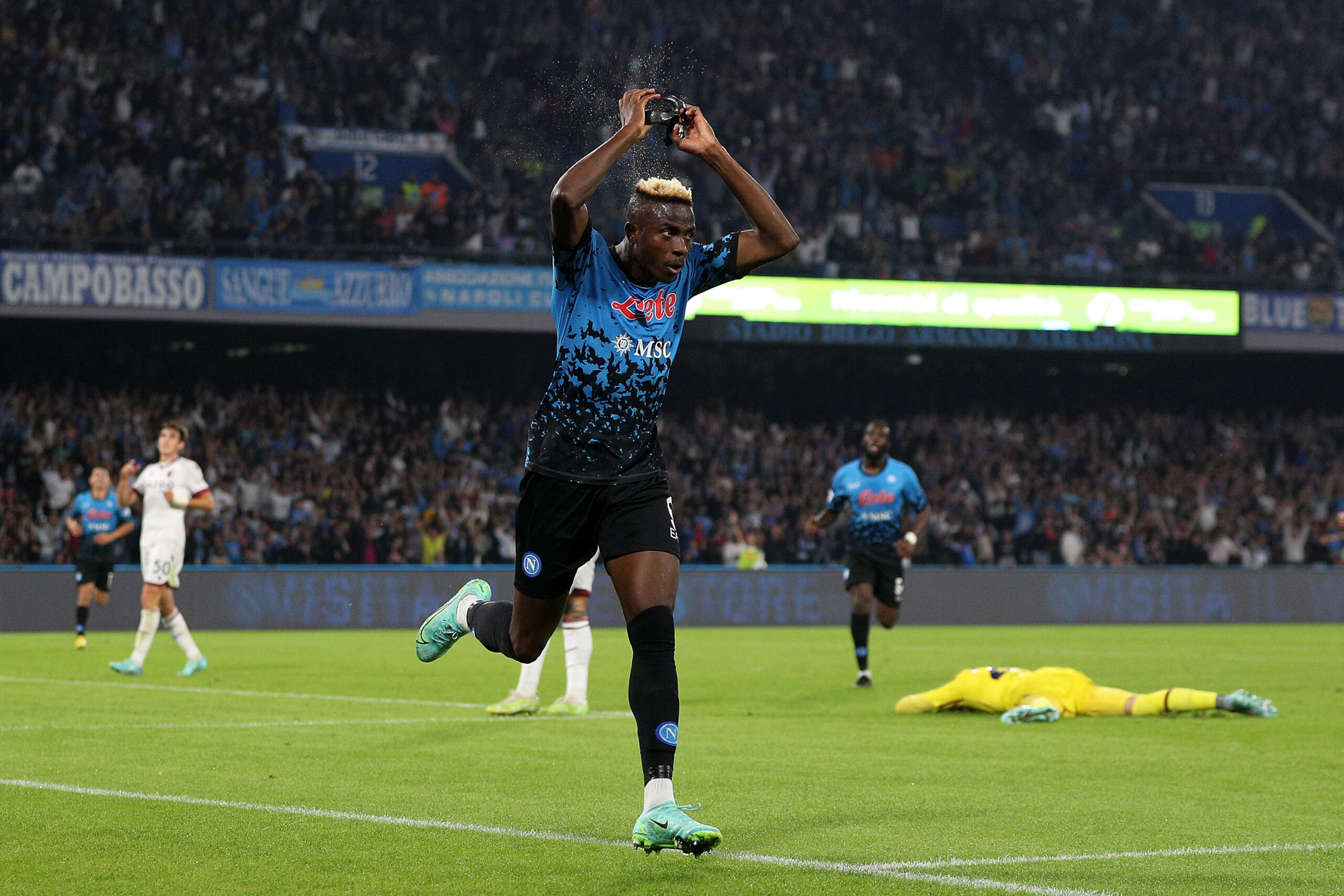 Osimhen was the subject of exit speculation this summer following a highly productive 2021/22 campaign.

He racked up 18 goals and six assists in all competitions and helped the Partenopei finish in the Champions League places.

Manchester United were reportedly interested in the 23-year-old and tried to swap him for Cristiano Ronaldo. However, the move failed to materialise.

Calenda claims that Osimhen wasn’t interested in leaving Napoli during the summer, and his stance hasn’t changed.

“With the speech of the departure, someone took a blunder,” he told Radio Kiss Kiss Napoli.

“It was Victor’s will to stay at Napoli and play the Champions League that he won last year together with his teammates.

“Victor wanted just that – to have a great year with Napoli, between the league and the Champions League. He has a long contract with the blue club.

“The market is dynamic, but our will is to continue with Napoli and continue to do well.”

The Partenopei are genuine title contenders following a flying start to this season – they lead Serie A with 26 points and have also won four out of four games in the Champions League to qualify for the round of 16.

Osimhen missed four games in a row due to a muscle injury before returning to action last week and has since scored in consecutive games against Ajax and Bologna.

Even if he wants to leave, Napoli president Aurelio De Laurentiis will likely demand a bumper fee for the Super Eagles striker.