Gavi wins Kopa Trophy ahead of Bellingham and Musiala 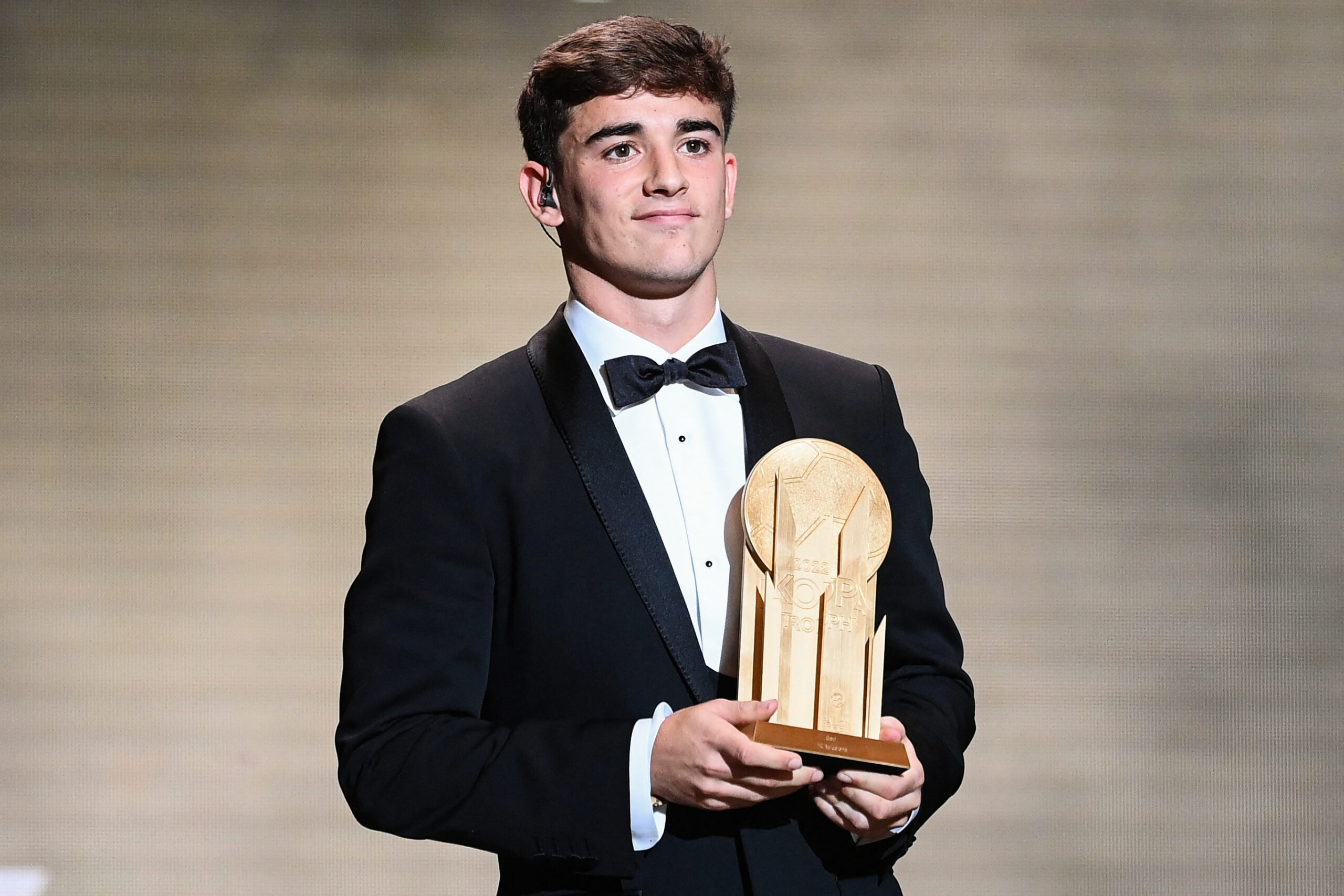 The 18-year-old won the trophy ahead of top contenders Eduardo Camavinga, Jude Bellingham and Jamal Musiala.

Golden Boy nominee Gavi has emerged as a crucial piece for Barcelona for Xavi Hernandez and Luis Enrique with Spain. He has already made 60 appearances for his childhood club.

After picking up his award, the combative midfielder said (via Eurosport): “It’s an honour to receive this prize and to all the people who have been there in the good and bad times. Thanks to all of those who have played a part in helping me to this award.

“I try to give the best of myself at all times. I try to carry myself in the best way.”

Teammate Pedri added: “For me, I’m very proud to see Gavi pick up the prize. I hope we get to keep playing together for many years more as well.”

When the host asked which one of them is Xavi and who is Andres Iniesta, Gavi said: “I’m not too fixated on Xavi and Iniesta. I’m focused on what I can do.”

France Football Magazine announced its nominees for the 2022 Kopa Trophy on August 12. The trophy is for the best-performing player under 21.

Pedri won the 2021 Kopa Trophy last year, but a hamstring injury has limited his game time. The Catalan club now has two Kopa Trophy winners within their ranks.

In more good news for the club, Barcelona Femeni attacker Alexia Putellas won the 2022 Women’s Ballon d’Or for the second year in a row. She is the first women’s player to retain the title.