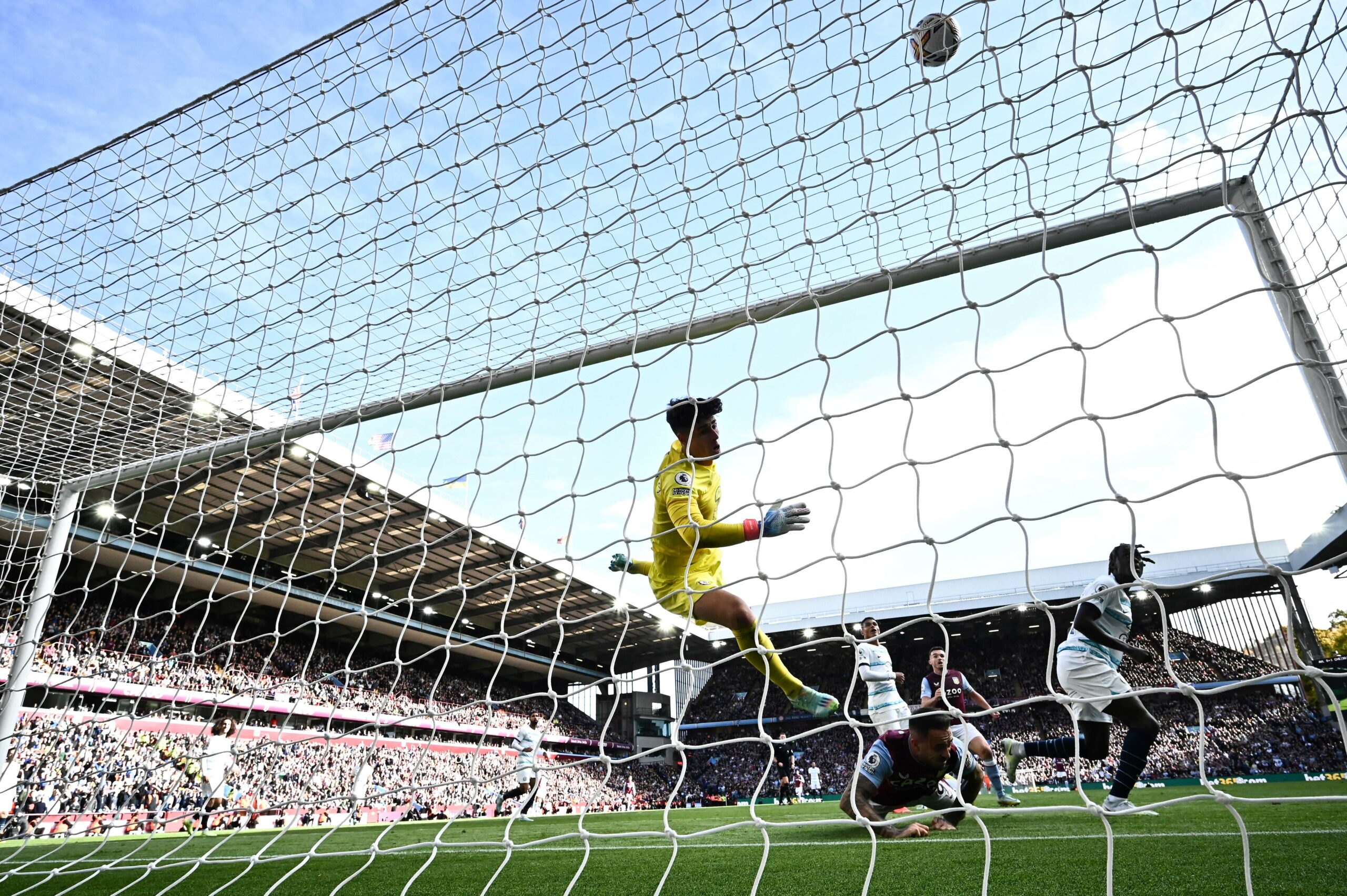 The Blues continued their impressive run this weekend as they outclassed Steven Gerrard’s side 2-0 at Villa Park.

The west London outfit made the perfect start as they went ahead within the first six minutes. Tyrone Mings’ blunder allowed Mason Mount to guide a finish beyond Emiliano Martínez.

The home side responded strongly to put the opposition under heavy pressure. They would have scored the equaliser if not for Kepa’s brilliance between the sticks.

The Spaniard made several impressive saves before the interval, including a stunning stop to deny Danny Ings from point-blank range.

Mount added another goal from a 25-yard free-kick in the second half, and the Blues comfortably saw out the game to secure another three points.

Potter, who has now led his side to five successive wins in all competitions, was delighted with his team’s performance.

He was full of praise for Kepa after the game (via football.london): “I’ve got to say all three goalkeepers have been really good in supporting each other and providing competition,” he said.

“Kepa found a fantastic level today and made some saves that kept us in the game.”

Kepa has been the second-choice goalkeeper at Stamford Bridge for the past two seasons. However, his fortunes have improved since Potter’s appointment.

The Spaniard has started the last three Premier League matches while he has also played in all four Champions League games this season.

On the back of his stunning performance against Aston Villa, the 28-year-old should keep his place in the team over the coming weeks.