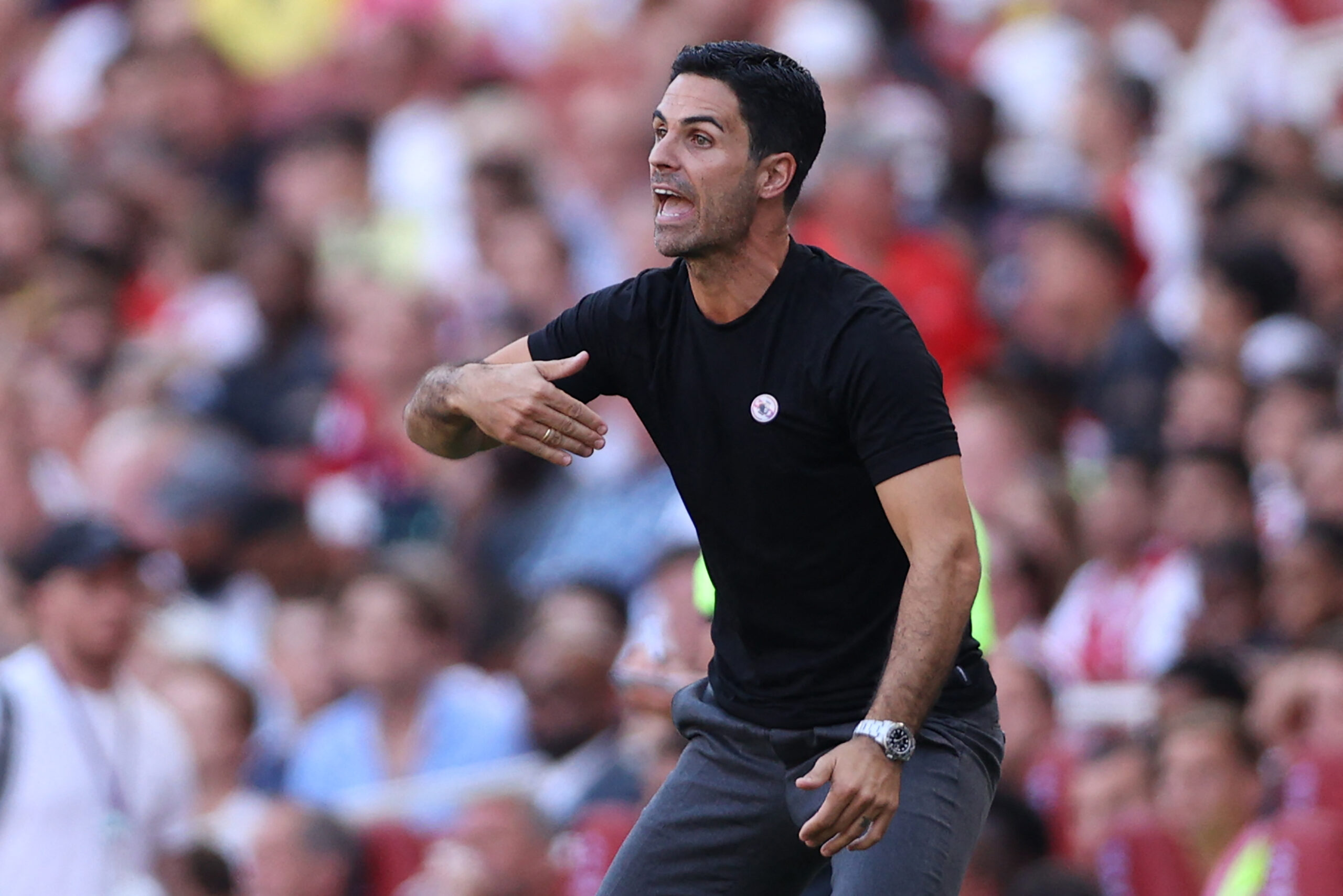 Arsenal boss Mikel Arteta doesn’t want to discuss their Premier League title prospects this season and neither do his players.

However, they have been playing so well this campaign that many fans have already started dreaming they can finally land the coveted trophy that has eluded them for so many years.

The Gunners are currently top of the league standings after securing 24 points from a possible 27. They enjoyed a successful summer transfer window and have strengthened in several key positions.

Mikel Arteta’s side are playing an attacking and entertaining brand of football. Their defence looks solid with William Saliba and Oleksandr Zinchenko in the team while their young forwards Bukayo Saka and Gabriel Martinelli are currently in the form of their lives.

They lost the away trip to Manchester United but bounced back to pick up superb victories against Tottenham Hotspur and Liverpool.

The Gunners completely dominated the north London derby and came out on top with three of their players on target.

Although Jurgen Klopp’s side provided a more difficult contest on Sunday, Arsenal managed to seal full points from the home encounter after Saka’s late winner from the spot.

Despite their current momentum and form, it is still difficult to argue that they will win the Premier League title. However, we can confidently predict that they will be top of the league standings going into the 2022 World Cup in Qatar.

Arsenal have away trips to Leeds United and Southampton before Nottingham Forest’s visit to the Emirates Stadium at the end of this month.

However, their most tricky fixture will be in November when they take on Chelsea at Stamford Bridge before they host Wolverhampton Wanderers in their final game before the World Cup.

The Gunners could drop points at Chelsea but will likely win their other games. However, Manchester City will be in action at Liverpool this Sunday and considering the Reds’ recent performance against Rangers, Pep Guardiola’s side will find it very hard to come away with three points from Anfield.