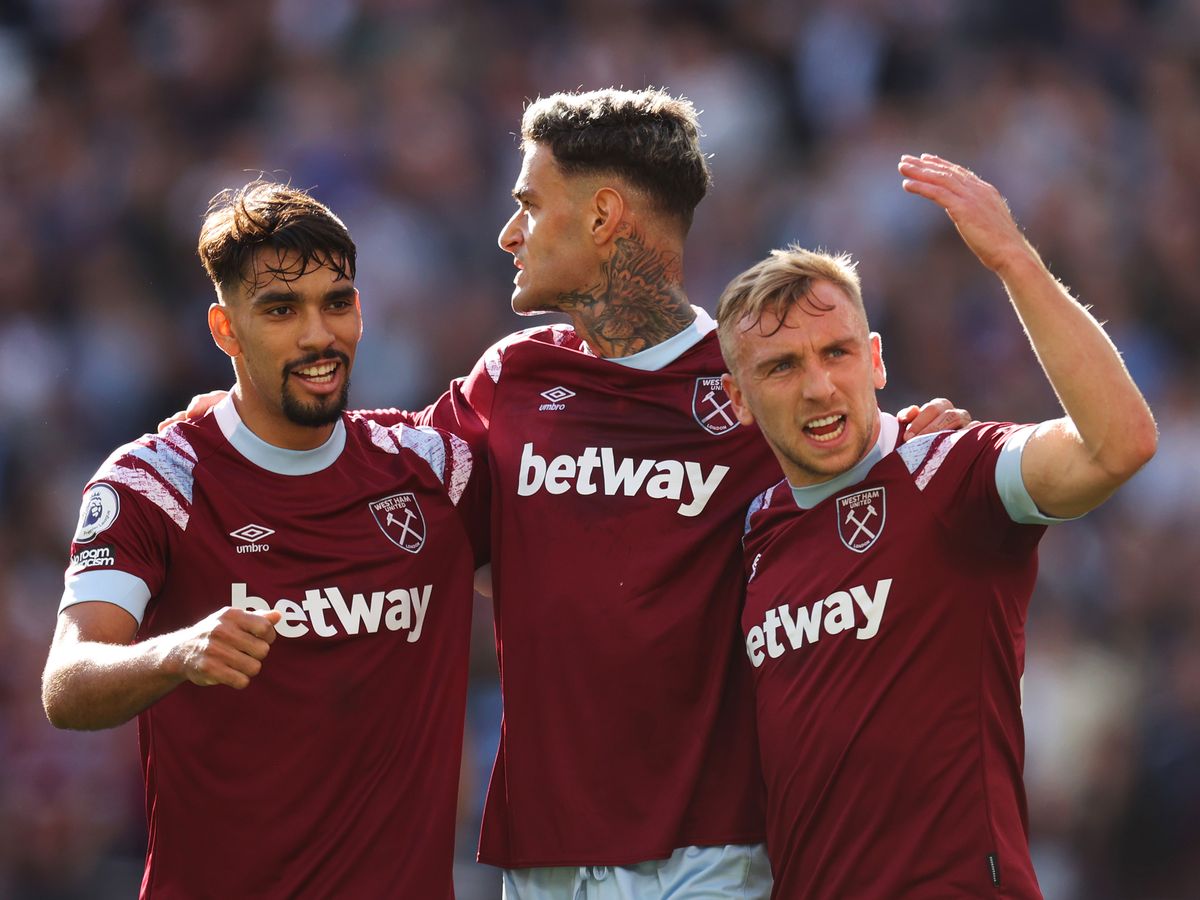 Ralph Hasenhuttl will demand a reaction from his Southampton side when they welcome West Ham United to St Mary’s in the Premier League on Sunday.

After an encouraging transfer window and a relatively promising start to the season, Southampton’s form has fallen off a cliff.

The Saints were run over by the reigning champions Manchester City last time out, as they fell to a 4-0 defeat courtesy of goals from Joao Cancelo, Phil Foden, Riyad Mahrez and Erling Braut Haaland.

The odds may have been firmly stacked against them, but Southampton barely put up a fight against Pep Guardiola’s rampaging side as they failed to register a shot on target in the 90 minutes.

The defeat at the Etihad Stadium means the Saints have now lost four games in a row, conceding eight goals and scoring just once.

Southampton have lost 11 of their last 15 league games (W2, D2), and the defeat last weekend has left them a point and a place away from the relegation zone heading into this match week.

There is already unrest in the Saints’ camp with Hasenhuttl’s job no longer secure, and another defeat could put his future in jeopardy.

The Hammers are a stark contrast to their early season form, with manager David Moyes getting his side firing on all cylinders again.

Consecutive defeats away to Chelsea and Everton were tough to take given the manner of those losses. However, victories over Wolverhampton Wanderers and Fulham moved Moyes’ side away from the drop zone.

West Ham continued their impressive 100% record in Europe by completing the double over RSC Anderlecht with a 2-1 win at the London Stadium.

The Hammers’ resurgence could arguably be down to the excellent form of some of their new signings, including Gianluca Scamacca and Lucas Paqueta.

Scamacca’s rediscovered goalscoring prowess has been a critical factor in West Ham’s improvement, and Moyes will expect more of the same from the Italian.

Hasenhuttl needs a response from his side, but West Ham’s resurgence proves a major stumbling block to any turnaround the Saints have in mind.

They are looking to win back-to-back league games against the Hammers for the first time since September 2016, following their 3-2 win at the London Stadium in December last year.

Southampton have lost seven of their last ten home league games (W2 D1), as many as in their previous 27 at St Mary’s.

But their form against London teams could be a symbol of hope, as their wins in the appalling losing run have come against Arsenal and Chelsea.

Following the defeat to Aston Villa, Hasenhuttl responded to criticisms targeted at his side’s terrible performance with wholesale changes when they visited Everton.

While it seemed for the earlier parts that the changes were the right call after his side took the lead, the Saints collapsed almost immediately and went on to lose.

The former RB Leipzig boss has survived worse moments as a manager down on the south coast, but the team is heading in the wrong direction rapidly, and a win is a must in front of their home supporters.

Brimming with confidence, the odds are stacked in West Ham’s favour as they are unbeaten in their last four Premier League away games against Southampton (W2, D2).

They have also kept a clean sheet in each of their last three visits to St Marys, although the last two have both ended 0-0.

However, their impressive away form does not extend past Southampton, as West Ham have lost eight of their last ten away league games (W2).

But they have kept a clean sheet in both victories in that span, which also happens to be their only two shutouts in their last 15 away league games.

Southampton vs West Ham United, alongside all other fixtures in England’s top flight, is available to watch online via live Premier League streams.

Southampton’s form does little to suggest they can contain this Hammers side that are rapidly racing up the Premier League table.

Hasenhuttl cannot afford to lose five in a row, but we expect a very confident West Ham side to fire past a demoralised Southampton side.