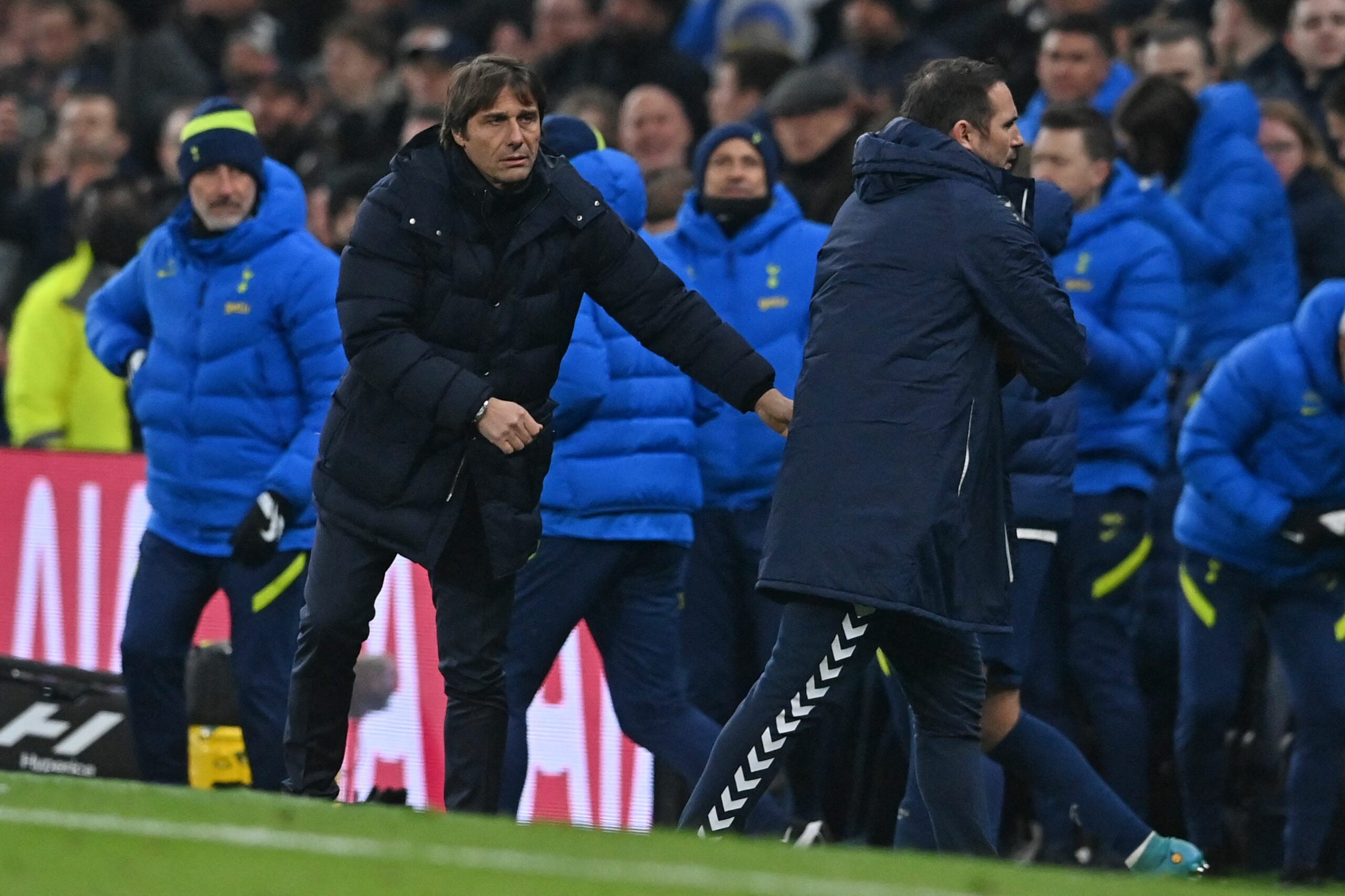 Despite Harry Kane’s rare miss from the spot, Spurs bounced back from an early deficit to beat Eintracht Frankfurt 3-2 in midweek Champions League action and bolster their hopes of reaching the knock-out stages.

After bagging a quick-fire hat-trick to fire Antonio Conte’s side to an overwhelming 6-3 win over Leicester City in their most recent Premier League home out, Son Heung-min was on the scoresheet on Wednesday.

The South Korean’s outrageous volley from inside the box was one of the highlights of the Champions League round four, which could help boost his confidence following a slow league start by his standards.

However, Everton’s defensive-minded football backfired on them again as Antony and first-half substitute Cristiano Ronaldo turned the game on its head, catapulting the Red Devils to a 2-1 victory at Goodison.

Having been knocked down from a six-match unbeaten Premier League streak (W2, D4), the Toffees will be desperate to recoup some confidence by defying their horrific form against Tottenham.

Indeed, the Merseysiders have collected just one triumph across their last 19 top-flight matches against the north London outfit (D9, L9), courtesy of a 1-0 win at this venue in September 2020.

Former Chelsea boss Conte has seen his sides keep a clean sheet in all six Premier League clashes against Everton and will be looking for more of the same on Saturday.

Tottenham should have no problems overcoming the Toffees’ backline on the other side of the pitch, as Kane is about to take on one of his favourite opponents.

Spurs’ captain has found the back of the net 13 times in his 14 appearances Premier League against Lampard’s side, including six doubles, suggesting he could score for the fifth game running.

A piece of unwanted history could be achieved on Saturday as Everton risk going alone as the most unsuccessful team to visit the capital, having lost a joint-high 84 Premier League matches away to London teams.

Lampard’s men can hope for much in north London, given that they’ve picked up just one victory across their last 13 top-flight visits to Tottenham (D4, L8).

But after claiming a come-from-behind 2-1 triumph at Southampton on their most recent league travel, the Toffees could win back-to-back away league fixtures for the first time since May 2021.

Spurs vs Everton, alongside all other fixtures in England’s top flight, is available to watch online via live Premier League streams.

We expect a tight, evenly-contested affair with only a handful of goals but back Tottenham to give Everton plenty to think of on their way home.