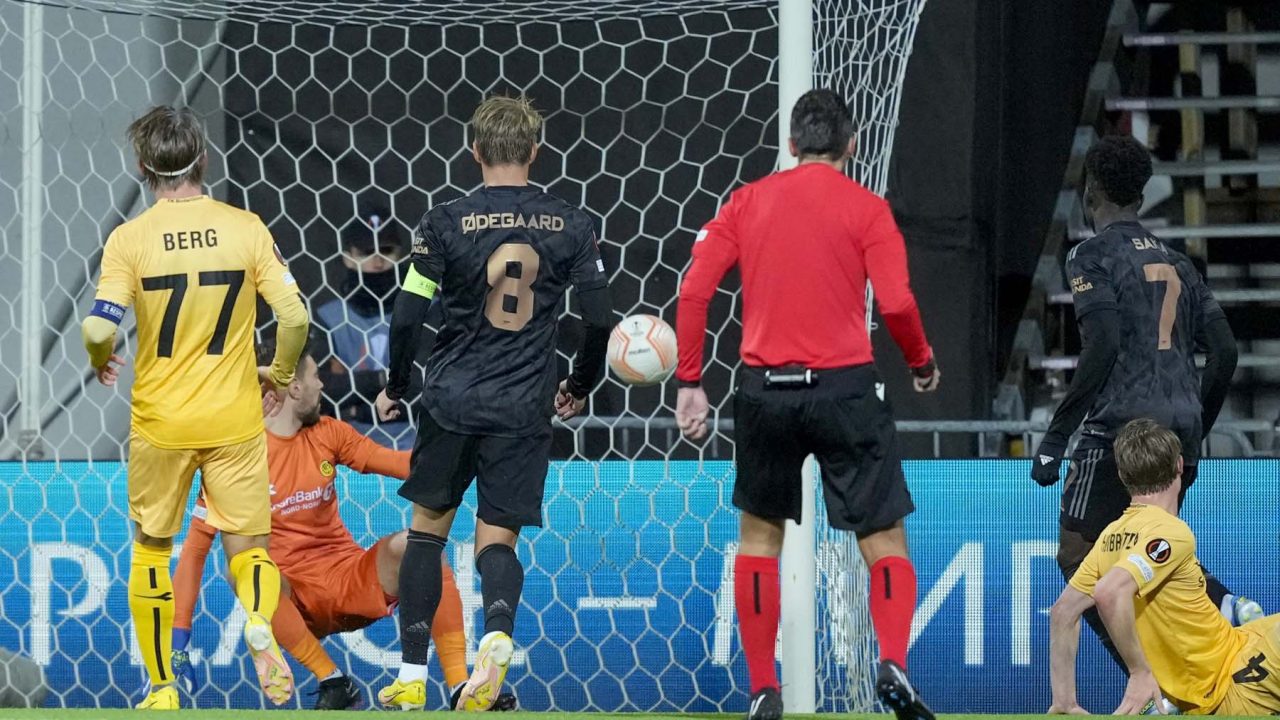 Arsenal strengthened their grip on the top spot in the Europa League Group A with a 1-0 victory over the previously unbeaten FK Bodo/Glimt.

The Norwegians had won 14 matches on the bounce heading into the game, but the Gunners pulled through despite Mikel Arteta making seven changes to his line-up.

In his post-match press conference (via Arsenal.com), Arteta expressed his delight at the result despite a clear drop in quality.

“Really happy to win here against a team that has won the last 14 games in European competitions in a row, so they deserve a lot of credit to do that,” he said.

“There’s not many European teams that can do that. We have come here on 15 and won it. We have talked about this in the last few days.

The Spanish manager then admitted his side were not at their best, especially in the second half, but insisted the players deserve credit for coming away with a win.

“The second half, obviously, there are a lot of things to improve, we know that,” he added. “I’m not going to get too deep into that. I understand why this is happening.

“But I think the boys deserve credit as well for the way they tried. Quality-wise, in terms of dominance and how we want to play, obviously there are a lot of things to get better than what we done today, but it’s another win, move on. Now it’s Leeds.

Arsenal continue to grow from strength to strength and have now made it 11 wins from 12 games in all competitions.

They will travel to Elland Road on their return to Premier League action this weekend, where they will take on Leeds United hoping to continue their winning spree.