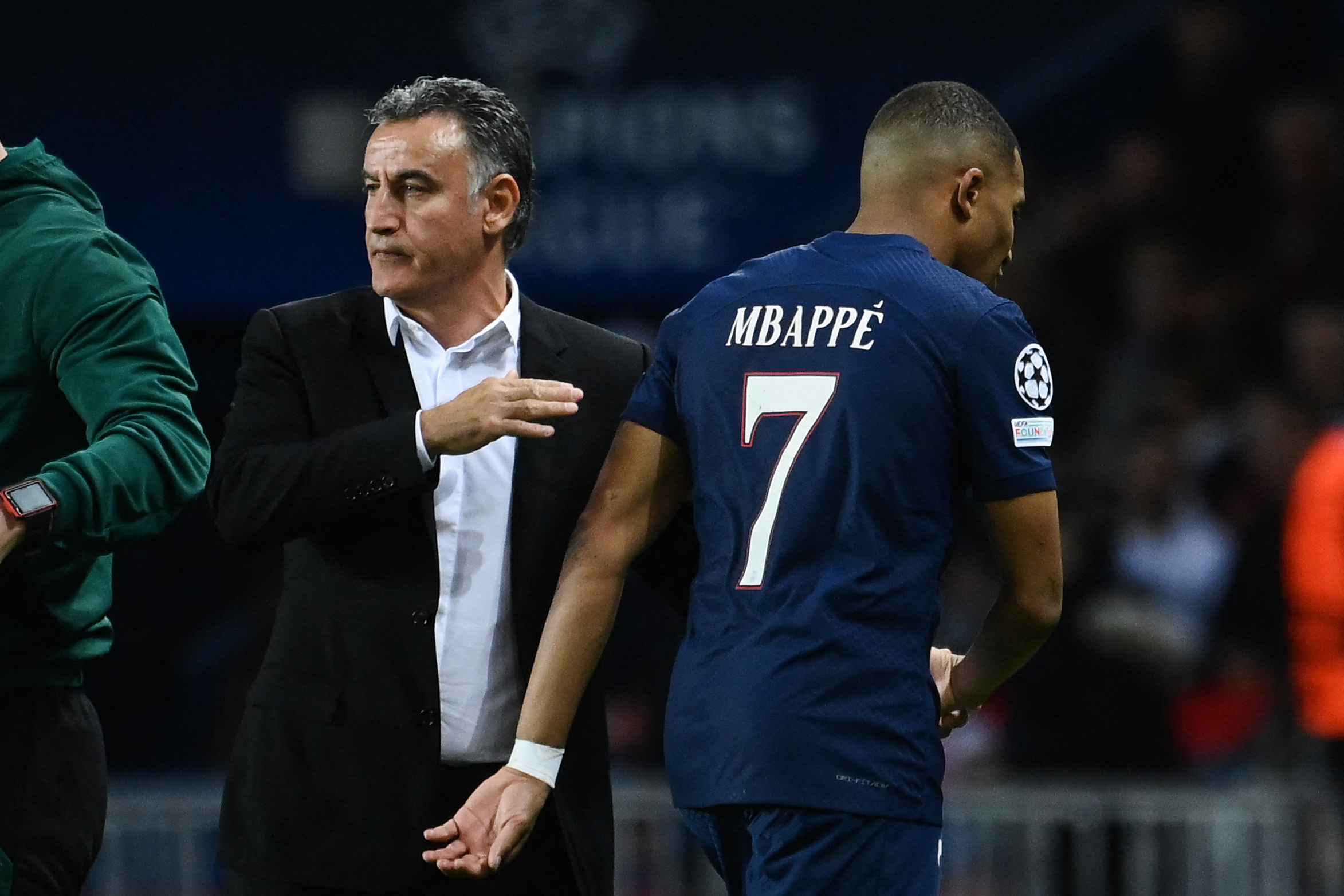 Paris Saint-Germain boss Christophe Galtier has dismissed rumours from earlier today that Kylian Mbappe is upset and wants to leave the club.

According to the reports, Real Madrid are the number one destination for Mbappe. However, PSG may not agree to sell him to the reigning La Liga champions.

They claim that despite the player signing a new contract until 2025 this summer, Mbappe already wants to leave this January.

Mbappe is reportedly unhappy with the PSG board because they did not keep their promises to him.

The 23-year-old recently deleted a post that alluded to him being unhappy at having to play as PSG’s striker. Mbappe prefers to play on the left side of the attack.

However, he has not played there consistently due to the presence of Neymar.

Speaking to RMC Sport (via GFFN), Galtier said: “A lot was said about him this afternoon. I haven’t spoken about it with him. The objective is to remain concentrated on the match.

“He gave a lot tonight. He showed he was a great player, that he was concentrated on the match and the competition.”

“We were all concentrated on the objective and the match. A rumour becomes a piece of news, and a piece of news becomes a statement. I find that very surprising a few hours before a very important match.”

One report claimed that sporting adviser Luis Campos would also leave. Campos was one of the names on Chelsea’s shortlist for the vacant sporting director position at the club.

However, the Portuguese boss refuted both claims before the game.

Mbappe opened the scoring against Benfica via a penalty, but the Portuguese giants pulled one back from the spot. PSG struggled to test the Liga Portugal table toppers, but they still lead their group.

They could seal qualification to the round of 16 with a win over Maccabi Haifa later this month.