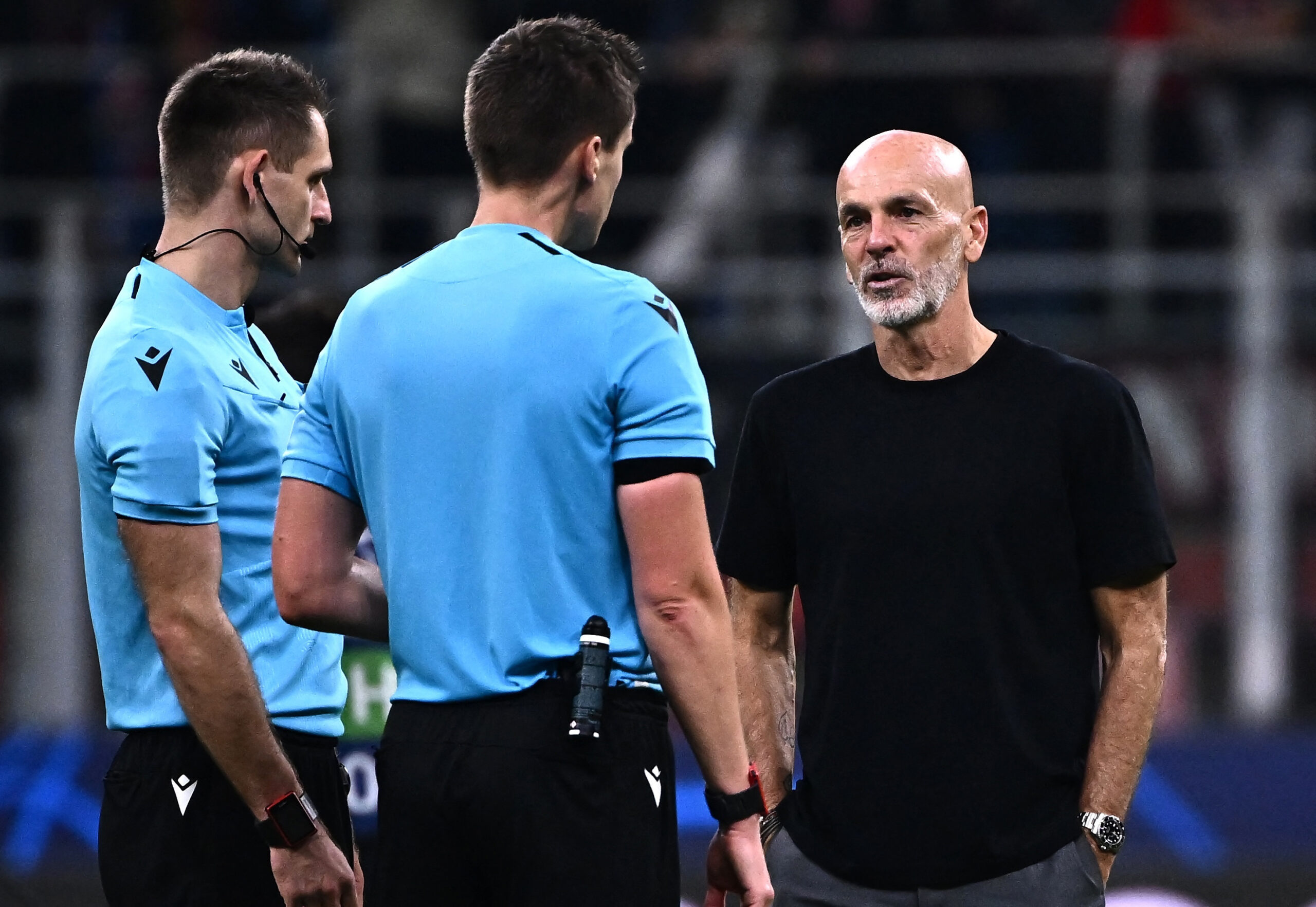 Many people considered it a harsh call as Mount still got his shot away, and Pioli is one of them. Tomori received his marching orders, and Jorginho scored the resulting penalty.

Pioli spoke to Mediaset (via TMW) after the game. “The match began, and the feeling was that we will be able to play a good match,” he said.

“Then the penalty and red card happened, and it changed everything. Chelsea didn’t need to play in numerical superiority.

“I don’t want to see Tomori’s red card again. It seems too obvious. So, I don’t want to comment. I told the referee what I think. I don’t even speak fluent English, but I think he understood.”

The red card tilted the game towards Chelsea as they pinned Milan into their half at the San Siro. Another former Chelsea player Olivier Giroud squandered a chance to make things level.

Chelsea then doubled their lead through Pierre-Emerick Aubameyang after he latched onto Mount’s through ball.

Tomori talked a big game before both legs of the tie. However, he was one of the most disappointing players across the two games. He completely missed the ball for Aubameyang’s goal in the first leg.

Despite the soft red card call, he was guilty of letting Mount get goalside of him and trying to pull his international colleague back.

Chelsea are top of the group after Dinamo Zagreb and RB Salzburg drew. Milan are in third place. They take on the Croatian giants later this month.

Milan will need a win if they hope to steal the second spot ahead of Salzburg.