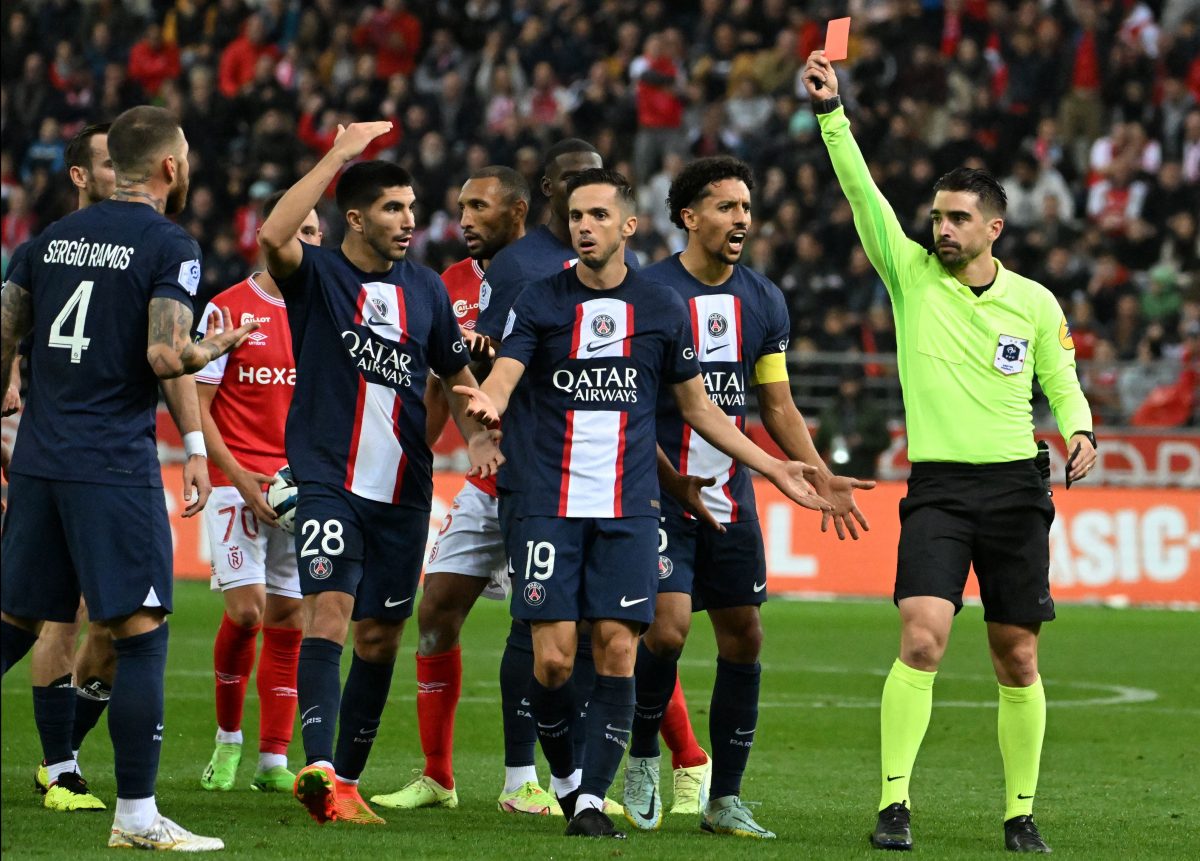 Sergio Ramos could be suspended for up to seven games following his sending-off in Paris Saint-Germain’s match against Stade de Reims on Saturday, according to RMC Sport.

The former Real Madrid defender was dismissed in the 41st minute of the tie for swearing at the referee after receiving an initial yellow card.

However, RMC reports that the referee did not mention any insults from Ramos in his match report.

The incident is being reviewed by the French Football Association, and a verdict is expected on Wednesday.

If Ramos is found guilty, the 36-year-old could be punished with anything between a two and a seven-match ban.

Ramos struggled to get going when he switched moved to France last season as PSG raced to the Ligue 1 title.

He made only 13 appearances across all competitions as he struggled with a calf injury but managed to contribute two goals.

Ramos has already surpassed his last season’s tally with 14 appearances in all competitions to date. His only goal this season came in the 4-0 victory over Nantes in the Trophee Des Champions.

PSG boss Christophe Galtier trusts him to hold down the right side of his three-man defence, and the Spaniard has been impressive. His contract with the Ligue 1 champions expires this summer.

Despite his form this season, Ramos was overlooked for Spain’s Nations League games against Switzerland and Portugal despite making the initial list.

He will be hoping to make Luis Enrique’s squad for the World Cup, as it could be his last major tournament with La Roja.

PSG have taken their title defence by storm and are the only team in the French top flight yet to taste defeat in their ten league games (W8, D2).