What records could Erling Haaland break this season? 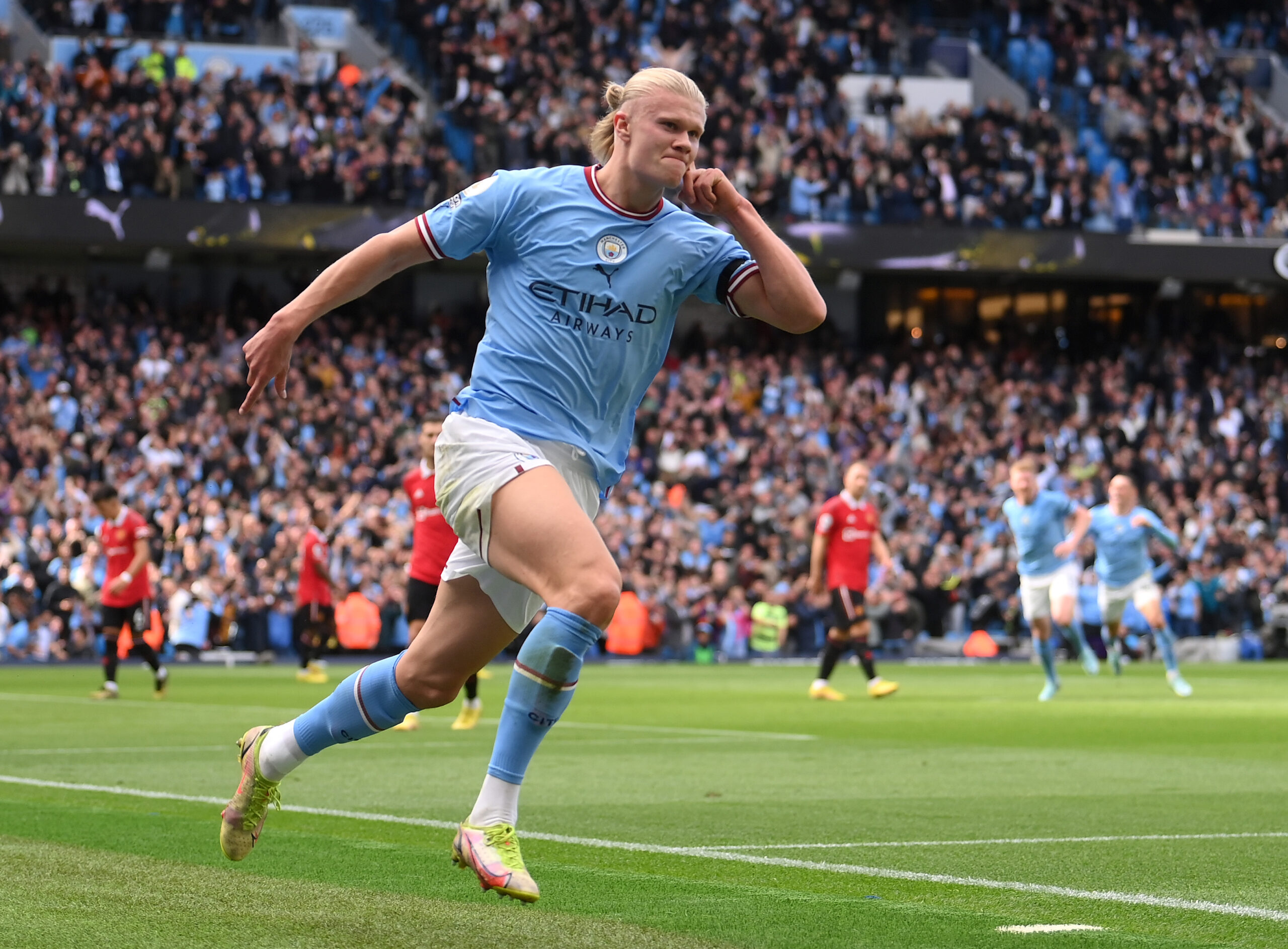 Harry Kane is on course for his best ever goalscoring season. Kevin De Bruyne will break the Premier League’s assist record if he continues at his current pace. Why is no one talking about these things?

The Norwegian has come in and made a mockery of the English top flight. He is already way out in front in the Golden Boot race, netting 15, while also adding five in the Champions League.

Along the way, he has racked up several records. No player has ever scored more in their first ten Premier League games, or in their first 30 Champions League outings.

But what other records are in his sights this season?

Nobody encapsulated Leicester City’s memorable 2015/16 campaign quite like Jamie Vardy. The former non-league forward became one of the league’s most devastating goalscorers overnight, netting 24 goals as the Foxes lifted the title.

During that season, Vardy netted in 11 consecutive games – the most in Premier League history. How close is Haaland to breaking that record?

The 22-year-old has notched in his last seven league matches, beginning with an away fixture against Newcastle United and most recently extending that run against Southampton.

Up next for Man City is a trip to Anfield. On paper, this seems like a tough game, but Haaland will fancy himself up against a vastly out-of-form Liverpool backline – the Reds have kept just three clean sheets in all competitions, and have shipped 11 goals in their last five games.

The next four for the Cityzens are Brighton and Hove Albion (H), Leicester City (A), Fulham (H), and Brentford (H). It’s a big ask, but you wouldn’t bet against Haaland breaking this record.

Most goals in a Premier League season

There are two records that Haaland could chase in this category. Andy Cole and Alan Shearer hold the record for 42-game seasons, while Mohamed Salah owns the crown for a 38-game term.

Haaland has 15 goals so far, and 29 games remaining to catch up. At his current rate of 1.67 goals-per-game, he will end the campaign with 63 in the league.

Incredibly, if his strike rate halved to 0.83 goals-per-game, he would finish on 39 goals. Obviously, this would still require an obscene return, but it’s certainly not beyond him.

Most goals in a Champions League season

Cristiano Ronaldo, of course, holds the record for the most goals in a single Champions League campaign. He achieved this in the 2013/14 season, netting 17 across the entire competition to seal Real Madrid’s tenth European title.

Could Haaland close the gap on the Portuguese? Well, it depends on a few things.

He needs 13 more to surpass the five-time Ballon d’Or winner. At his current rate, he will need eight more games to reach this tally, meaning Man City would need to reach the semi-finals.

But it’s not that simple. In theory, the games ought to get tougher as City progress further. In Ronaldo’s record-breaking season, 13 of his 17 came in the group stages or round of 16.

Haaland’s form in the next few games could be decisive. If he slows down in their remaining group matches, the record might just be out of reach for him.

Most goals in a season

This is a record that many thought would NEVER be beaten. Obviously, there’s still a long way to go, but could Haaland really overtake Lionel Messi’s record of 73 goals in a season?

This record may ultimately depend on how far Man City get in certain competitions. Barcelona participated in the UEFA Super Cup, Supercopa de Espana, and Club World Cup, while reaching the final of the Copa del Rey and the semi-finals of the Champions League. This gave Messi 60 games to rack up his incredible total.

If Pep Guardiola’s side reach the final of the Champions League, FA Cup, and Carabao Cup, they will play another 51 games. Is Haaland capable of hitting 54 in 51? Yes, he is.

However, rest and rotation is necessary for a team competing on four fronts. Getting a break during the World Cup will help him, but the striker isn’t going to be playing 90 minutes every single week.

How many more to catch up with Messi and Ronaldo?

Looking beyond this season, some fancy Haaland to become the next 800-goal sensation. Only Cristiano Ronaldo and Josef Bican are credited with hitting this tally, while Lionel Messi is expected to reach the milestone fairly soon.

Should he score at an average of 50 per season, it would take him another 12-and-a-half years to reach 800 goals. That means he would need to remain as prolific as he currently is until he’s 34. If that doesn’t put into perspective just how utterly breathtaking Ronaldo and Messi are, nothing will.

Of course, we don’t know how Haaland is going to age. We’ve seen plenty of young superstars who had petered out by the time they reached their late 20s.

Furthermore, injuries could hold him back. He’s already had his fair share of spells on the sidelines, missing 30% of last season with hamstring and hip flexor issues.

Nonetheless, if he can remain injury-free, he should keep firing them in for many years to come. It’s gonna be a fun watch.