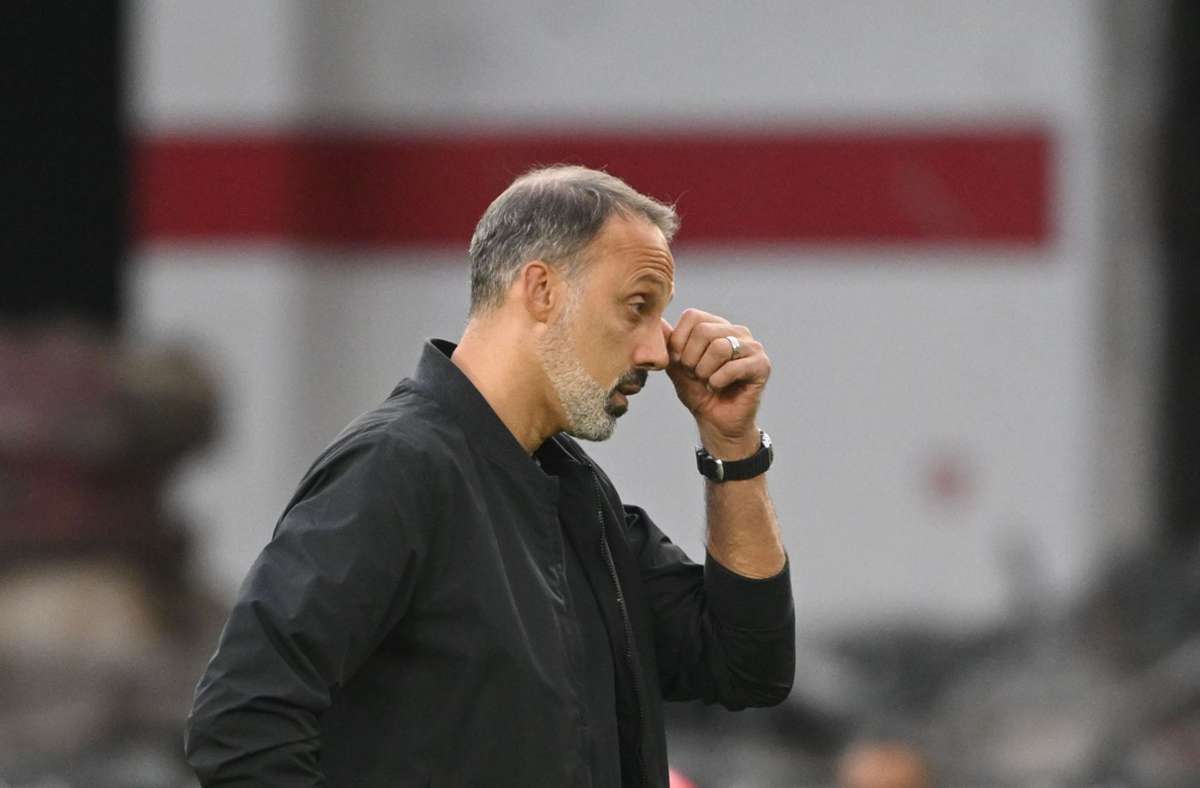 VFB Stuttgart have confirmed via the club’s official website that they have relieved head coach Pellegrino Matarazzo of his duties with immediate effect.

The United States-born Italian manager was appointed in December 2019 and steered them to Bundesliga promotion in his maiden campaign.

The 44-year-old guided Stuttgart to a ninth-place finish in his first full season in charge after winning 12 of their 34 league games. They finished seven points off a place in the Europa League.

However, subsequent campaigns have had more lows than highs. Last season, Stuttgart only avoided relegation by goal difference.

They finished the season level on points with Hertha Berlin (33) but had a better goal difference (-18) to Die Alte Dame (-34).

Stuggart have started the new season in awful form and are currently languishing in the relegation zone.

They have taken just five points from a possible 27 after failing to win any of their first nine games (D5, L4).

Their 1-0 home loss to Union Berlin last weekend was Matarazzo’s 100th game in charge of the club across all competitions, but the defeat sealed his fate. The club are yet to identify his successor.

Stuttgart CEO Alexander Wehrles said: “The ways in which Rino identified with VfB and always had the team at the forefront of his mind are not to be taken for granted.

“Ultimately, though, we came to the conclusion that a change in the coaching position was necessary in order to bring about a turnaround. We wish Rino all the best for the future.”

Matarazzo added: “Our journey together at VfB has come to an end. They’ve been eventful and wonderful years with a lot of incredible moments and memories which will last forever.

“VfB are a special club, which you only understand once you’re a part of it. I wish this team, this club with these fans all the very best and the maximum success.”