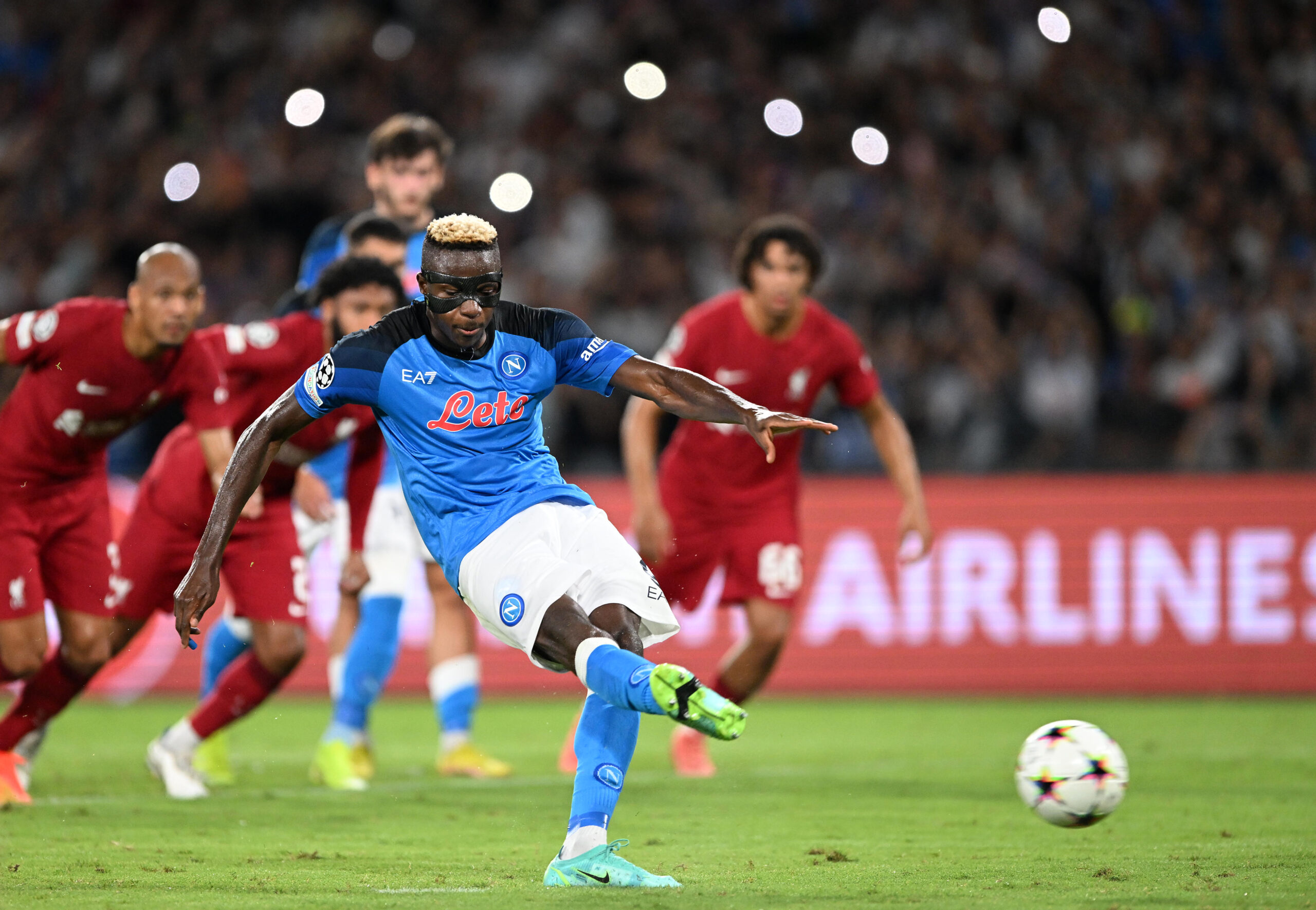 Napoli have been handed a huge fitness boost ahead of their Champions League game against Ajax on Wednesday with Victor Osimhen recently returning to full training.

Since coming off in the first half of Napoli’s emphatic 4-1 win over Liverpool in September when he missed a penalty, Osimhen has sat out six consecutive games due to a thigh problem

The Nigerian is now available for selection once again, as confirmed by his club earlier today.

“After the 4-1 win away to Cremonese on Sunday, the Napoli first-team squad returned to training at the SSC Konami Training Centre on Monday to begin preparations for the Champions League clash with Ajax on Wednesday,” a statement on the Napoli website read.

“Activation work in the gym was the first task of the day – The squad was then split in two, with those who started on Sunday at the Stadio Zini undergoing recovery work.

“The other members of the squad did strength work, possession-based drills and played in a small-sided match.

“Victor Osimhen was in full training, while Amir Rrahmani underwent physio ahead of medical tests on Tuesday.”

The availability of last season’s top scorer boosts Napoli’s chances of picking up a ninth straight triumph across all competitions, with Luciano Spalleti’s men unbeaten since losing 3-2 to Empoli in the final week of April.

If the Partenopei make it four wins from as many matches on the continental front this term, a place in the knockout stage of Europe’s premier club competition would be within touching distance.

However, Ajax travel to Naples with a point to prove off the back of a 6-1 defeat in last week’s reverse fixture at the Johan Cruyff Arena and a tantalising encounter is on the cards here.