Morning Mix: ‘Hard man’ Henderson makes a fool of himself, Forest’s backing for Cooper is justified 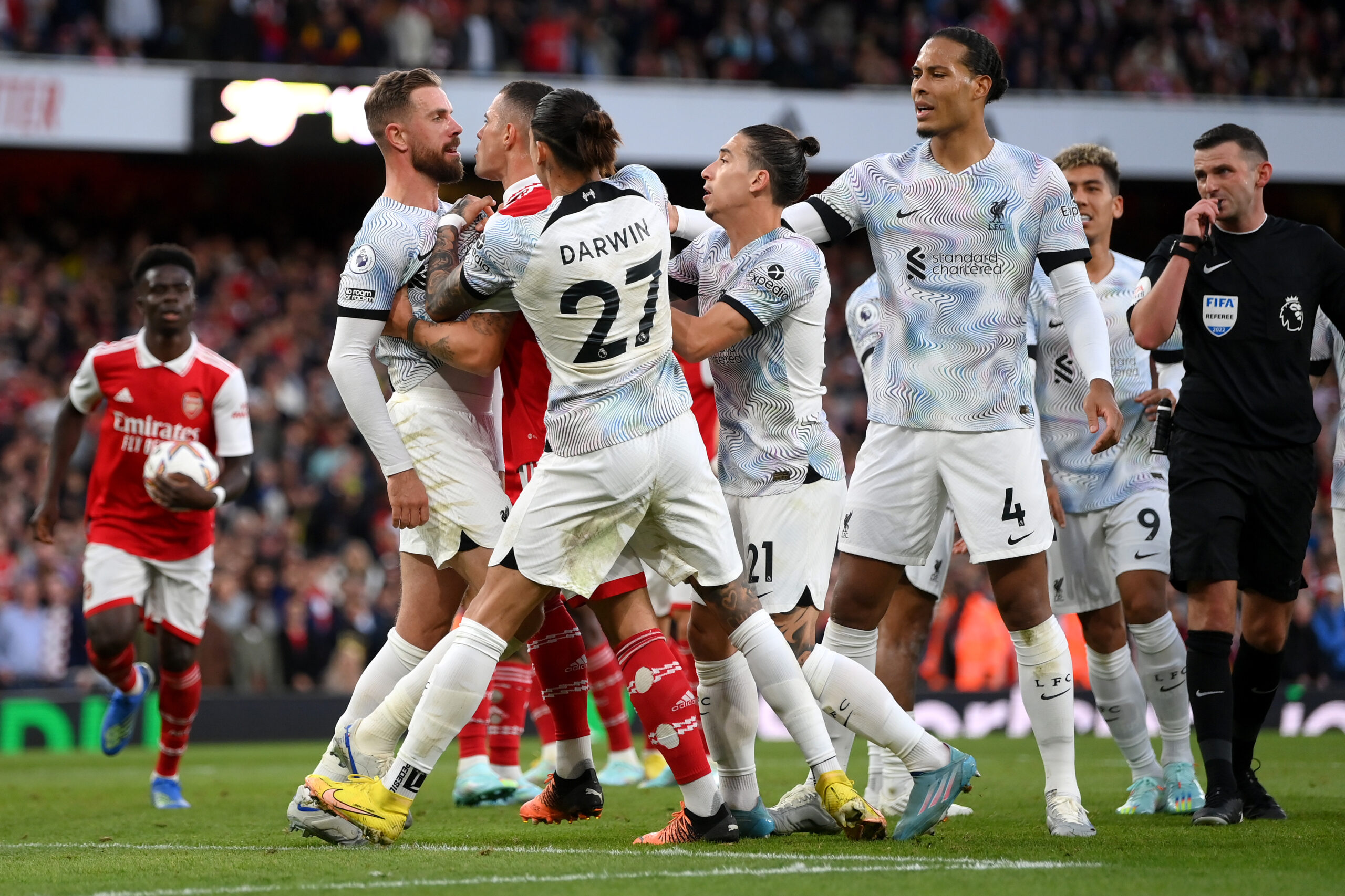 We also offer a top tune recommendation to get you in the mood for the week ahead and what to watch out for over the coming days. Let’s get the ball rolling.

‘Hard man’ Henderson makes a fool of himself

Liverpool midfielder Jordan Henderson’s laughable attempt to prove his ‘hard man’ status was one of the highlights of his team’s defeat at Arsenal on Sunday.

Henderson wasn’t best pleased with the award of a penalty that handed the Gunners a fully deserved 3-2 victory in a feisty encounter at the Emirates Stadium.

The 32-year-old was subsequently accused of racially abusing Arsenal defender Gabriel, and it will be intriguing to see the outcome of that one.

Regardless of how this unfolds, it cannot be disputed that if Henderson was as good at playing football as he is at squaring up to opposing players, he would be a world-beater.

Forest’s backing for Cooper is justified

Nottingham Forest’s decision to hand Steve Cooper a new contract was a breath of fresh air in an era where managers get sacked with brutal regularity.

The 42-year-old guided Forest into the Premier League at the end of last season, but they have struggled to compete in the top flight.

There were doubts over Cooper’s future following a 4-0 defeat at Leicester City, but club bosses awarded him a new deal to end the speculation.

Cooper deserves the chance to continue what he started at the City Ground and is the ideal man to lead them back up if they return to the Championship.

Are you searching for the best football stories from the past seven days? Check these out:

With more than 133 million views on YouTube we’re a little late to the party, but if this tune by Banners doesn’t brighten up your day, nothing will.

All eyes will be on Anfield on Sunday as Liverpool host Manchester City. Our Premier League live streams page will likely be pretty busy for this one!

Given what is at stake if a club drops out of the Premier League, can Aston Villa afford to keep faith in Steven Gerrard if his team is defeated at Forest tonight?