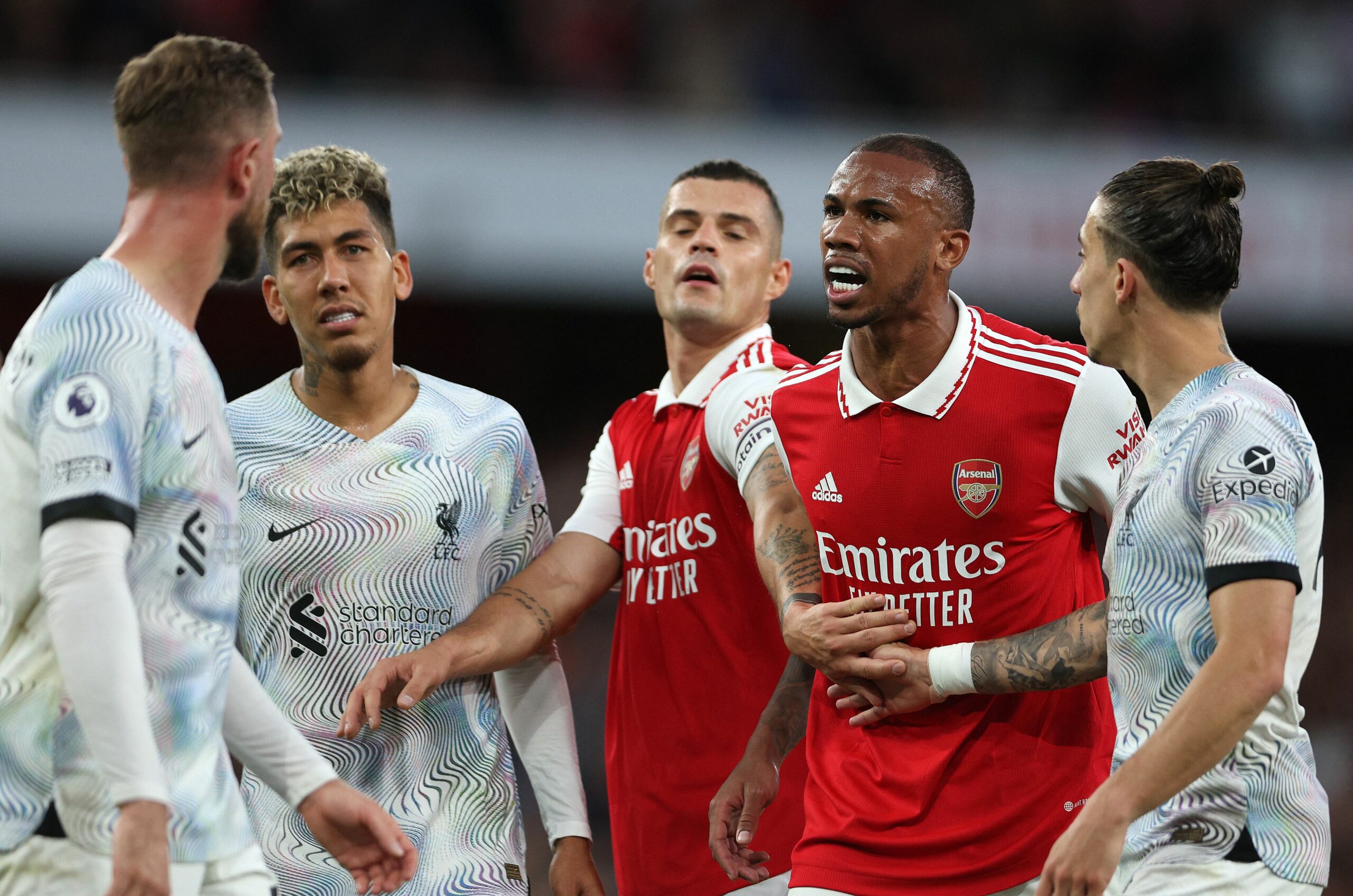 The Football Association (FA) has spoken to Gabriel Magalhaes after an incident involving Jordan Henderson in the Arsenal versus Liverpool game on Sunday, according to the Daily Mail.

The FA has opened a probe into an on-pitch incident involving Arsenal’s Gabriel and Liverpool captain Henderson. Both men are central to ongoing enquiries.

On Sunday, an FA spokesperson said: “We are aware of an incident that took place during the match between Arsenal and Liverpool. We are in dialogue with the match officials and will review the details of the incident.”

Gabriel believes he heard something from Henderson as Liverpool and Arsenal clashed on Sunday. He confronted the former Sunderland man on the pitch in a heated argument.

Referee Michael Oliver went to the touchline and spoke with managers Mikel Arteta and Jurgen Klopp about the incident. However, he did not take any further action about the situation.

Reports claim that Gabriel is satisfied after speaking to English football’s governing body.

Henderson has also spoken to the disciplinary chiefs about the incident and has given his account of events.

The incident happened after Arsenal got their decisive penalty in the 3-2 win. Henderson and Gabriel had to be separated after engaging in a verbal spat. It remains to be seen if the FA will open a full-scale investigation into the matter.

Klopp said he could not divulge any information. Arteta smiled to reporters when asked about the situation before going for the infamous ‘whatever happens on that pitch stays on that pitch’ response.

All parties are staying tight-lipped, but more light will shine on the matter in the coming days.