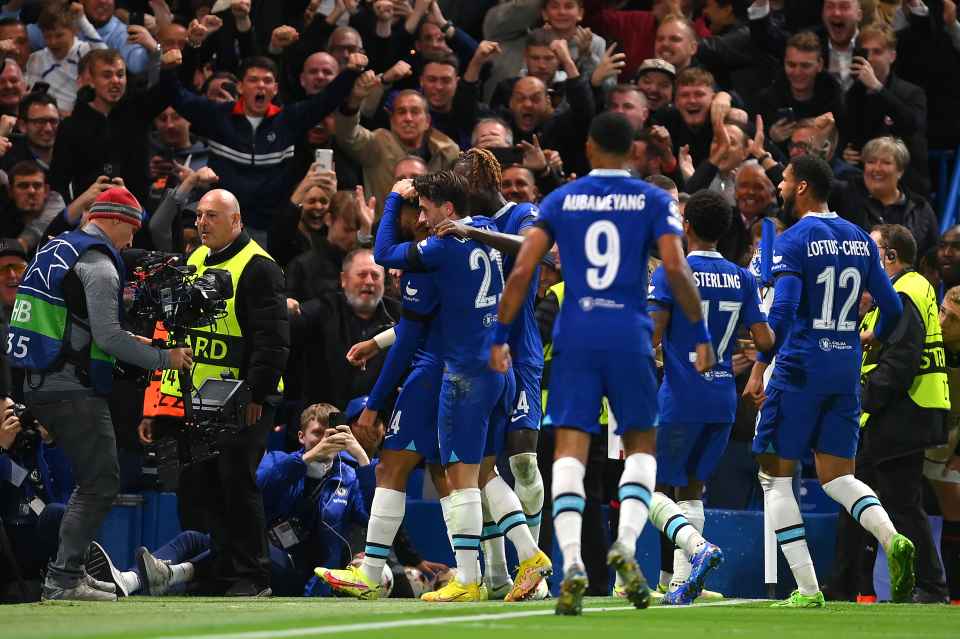 Chelsea will be looking to complete a quickfire double over AC Milan when they travel to the San Siro for the crunch reverse Champions League game on Tuesday night.

The Blues blew Group E wide open when they swatted aside Stefano Pioli’s tepid Milan 3-0 in the first leg at Stamford Bridge.

After grabbing a win and a draw in their first three Group E fixtures, the Blues will put themselves in pole position to secure passage to the knockout stage if they beat Milan.

Graham Potter has enjoyed a lively start to his Chelsea career. He is unbeaten in his first four games in charge of the Blues (W3, D1), but even he will not get carried away by those statistics.

The Blues followed up their impressive victory over Milan with another 3-0 win at home to Wolverhampton Wanderers despite Potter making seven changes to the team that beat the Italian giants.

Conor Gallagher, who netted the winning goal against Crystal Palace, was handed his first start under the new boss.

Although he had no goal contributions, he was instrumental in the win as Kai Havertz, Christian Pulisic, and Armando Broja ensured the three points.

Potter was delighted to get the win against Wolves despite resting most of his key players.

Milan responded to their defeat in London with a comprehensive 2-0 win over Serie A rivals Juventus last weekend.

Former Chelsea defender Fikayo Tomori, who was at fault for Aubameyang’s goal, redeemed himself when he gave his side the lead against the Bianconeri before Brahim Diaz scored in the second half to seal the tie.

Milan were far from their best at Stamford Bridge last week, with the Serie A outfit struggling to get going for most of the contest.

However, their win over the weekend should give them enough momentum to field a better performance against Chelsea, as a loss will be detrimental to their qualification hopes.

Chelsea were in a difficult position in the group heading into the clash with Milan last week. But the victory left them in second place, and they will fancy their chances of progressing to the knockout phase from that position.

The omens are in Potter’s favour as Chelsea have won five of their last six matches against Milan, and the English manager will be determined to maintain his unbeaten start.

Chelsea have won their last three matches, scoring eight and conceding once in that run. The Blues were held to a 1-1 draw by Tuesday’s hosts when they last faced off at San Siro in 1999.

Milan have not progressed to the knockout stage of the Champions League since the 2013/14 campaign, but they are the second-most successful team in the history of the tournament behind Real Madrid.

The club had fallen in recent years but lifted their first league title since 2011 last season. Their defence has not got off to a bad start, as they are just three points behind Napoli.

However, they will be keen to reimpose themselves in a competition they have won seven times in the past, but they need all three points against the Blues to keep their hopes up.

AC Milan vs Chelsea, alongside all other matches in Europe’s most prestigious club competition this season, is available to watch online via Champions League live streams.

Milan will be itching to mount a fightback against the Blues, as their place in the knockout stage depends on it.

However, Chelsea have been solid under Potter and will come into the game fresh after resting key players over the weekend. We expect them to have enough in the tank to fire past Milan.