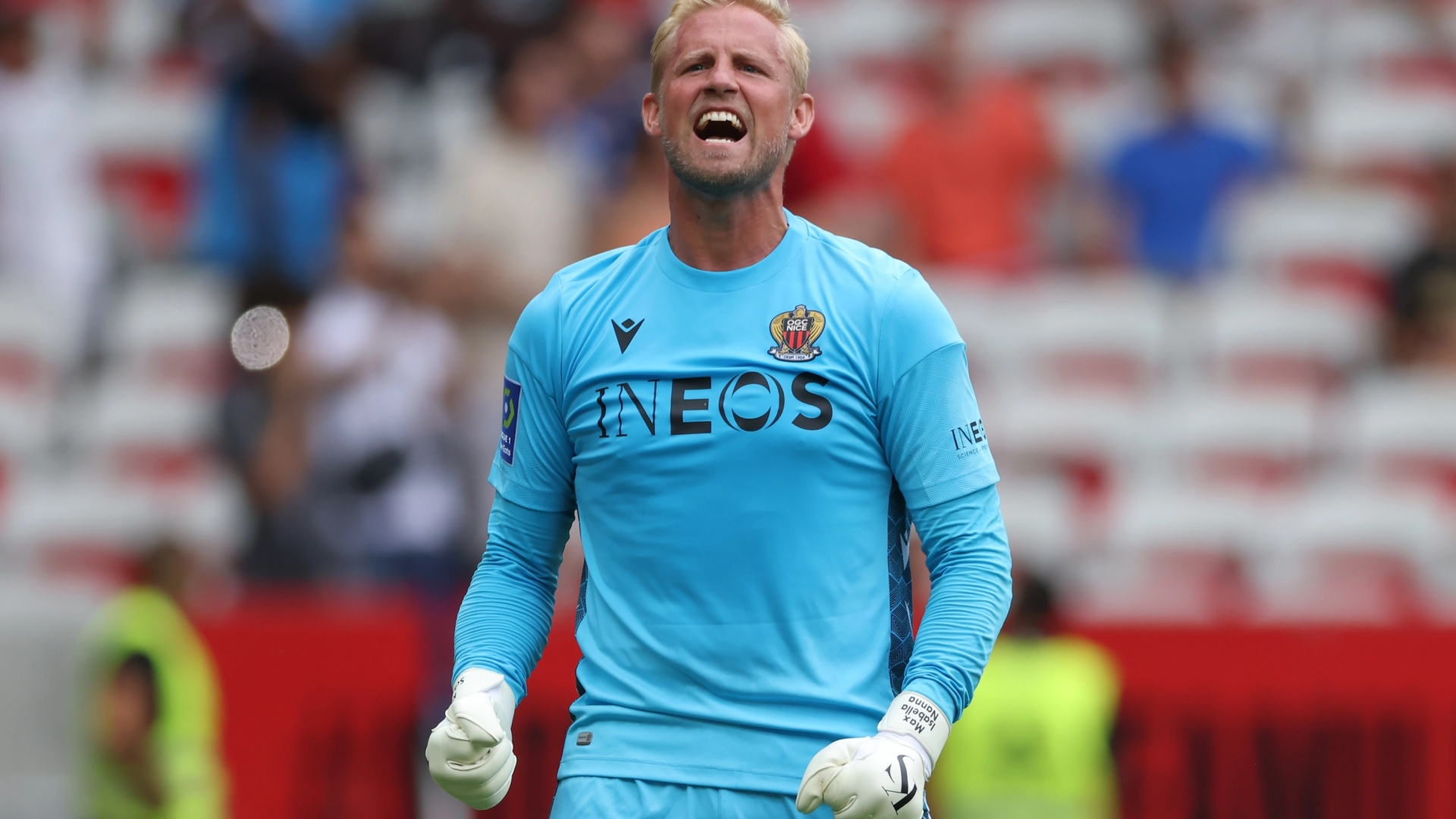 Kasper Schmeichel could leave OGC Nice in the January transfer window, according to L’Equipe.

The Danish goalkeeper only joined the French outfit on a free transfer last summer but has struggled to fit in at the club.

Having left Leicester City after 11 years at the club, it seems his days in France are already numbered after just ten appearances in all competitions.

He reportedly got off on the wrong foot with the club when he first arrived in the summer with what was described as a ‘very high body fat percentage’.

L’Equipe suggests that Schmeichel has shown a lack of professionalism during his short-lived stay in the Ligue 1 side to date.

He reportedly warms up very little and keeps himself isolated from the rest of the squad during training.

Schmeichel also questions the mode of training at the club, unable to understand why a goalkeeper needs to do heavy workouts like the outfield players.

In addition, he also frustrates his teammates by turning up to meetings late and not sticking to mandated rest days.

Despite being brought in to be a leader to the rest of the squad, he is not considered one of the influential figures in the dressing room. His abilities do not adhere to what Lucien Favre demands from his goalkeepers.

During his days at Leicester, Schmeichel played behind low blocks, where his shot-stopping skills came in handy.

However, Favre prefers to play with a high defensive backline, and Schmeichel is no sweeper keeper, so he struggles to cover the distance with the defensive line.

This discrepancy led to Favre fielding Marcin Bulka instead in their 1-0 win over FC Slovacko in the Europa Conference League.

Schmeichel’s recent behaviour and falling out at Nice suggests the goalkeeper could end up leaving the club in the January transfer window.

Nice have not been in the best of form despite their summer signing spree. They have taken just eight points from their first nine games, leaving them closer to the relegation zone than a place in Europe.