Fiorentina vs Lazio Preview – Prediction, how to watch & potential line-ups 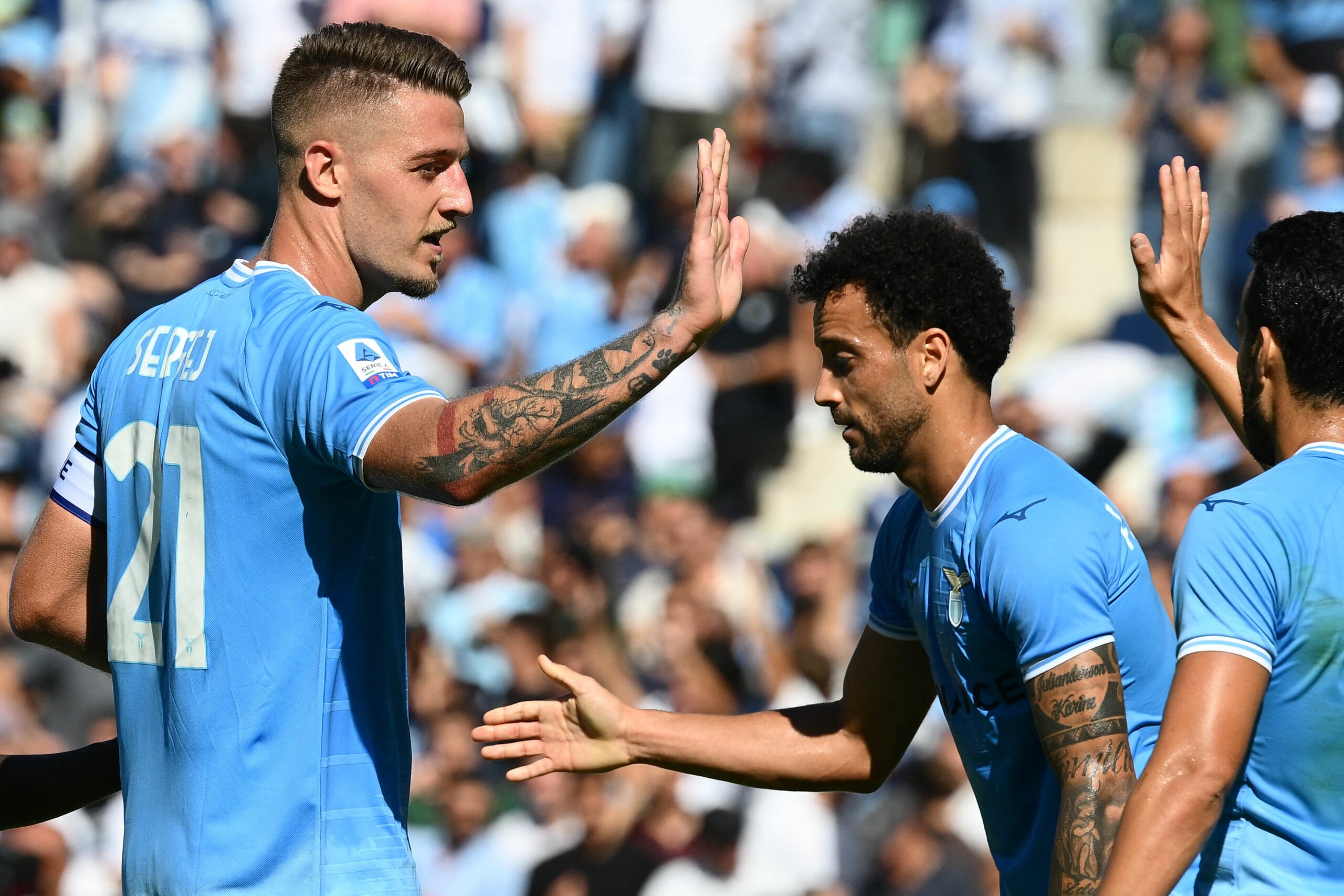 Fiorentina and Lazio are set to trade tackles in Monday’s exciting showdown at the Stadio Artemio Franchi to cap off the Serie A weekend programme.

La Viola head coach Vincenzo Italiano has found himself in an awkward spot amid his side’s underwhelming league start as his men start this round in the lower reaches.

Unlike like season when they had Dusan Vlahovic to shoulder the scoring burden, the hosts have experienced massive problems in the front third this term.

After four scoring blanks across the opening eight Serie A matchdays, including a 1-0 defeat away to Atalanta last weekend, Fiorentina reportedly consider replacing Italiano.

Though a comprehensive 3-0 victory on Thursday’s Europa Conference League road trip to Scottish outfit Hearts alleviated some pressure, the upcoming clash against Lazio could define Italiano’s future in Florence.

While the Biancocelesti’s European fortunes stand in stark contrast to their hosts following a goalless draw at Sturm Graz in midweek Europa League action, they are cruising in Serie A.

Defensive compactness has laid the foundation for Lazio’s eye-catching domestic form, with the visitors keeping a clean sheet across all three abovementioned triumphs.

Since a 3-2 beating of Serie A newcomers Cremonese on the opening weekend, Fiorentina have picked up just one win in their subsequent seven league outings (D3, L3).

And while Luka Jovic’s countryman Vlahovic left his mark at Franchi, the Real Madrid loanee cannot catch a break in Italy despite scoring on his debut against La Cremo.

Jovic’s woeful form in front of goal is not the only reason behind Fiorentina’s uneventful scoring form, a point captured by the fact no La Viola player has scored more than once this season.

Lazio are on the cusp of achieving a rare feat as another win without conceding would see them string together four Serie A victories ‘to nil’ for the first time since 2015.

Sarri’s men must be enthusiastic about their bid to keep a clean sheet in Florence after winning both last season’s top-flight matches against Fiorentina via an aggregate score of 4-0.

Indeed, the Biancocelesti have had La Viola’s number lately, going unbeaten in nine of their last ten league encounters (W7, D2), so there’s every reason for optimism in the visiting camp.

Fiorentina vs Lazio, alongside all other Serie A fixtures, is available to watch online via live Serie A streams.

We expect Lazio to maintain their top-four push and build on their high-flying domestic form, perhaps even at the expense of Italiano’s job.

Since both Fiorentina’s league wins this season have come against sides currently embroiled in the relegation battle, it’s hard to make a case for them to stun Sarri’s lads.