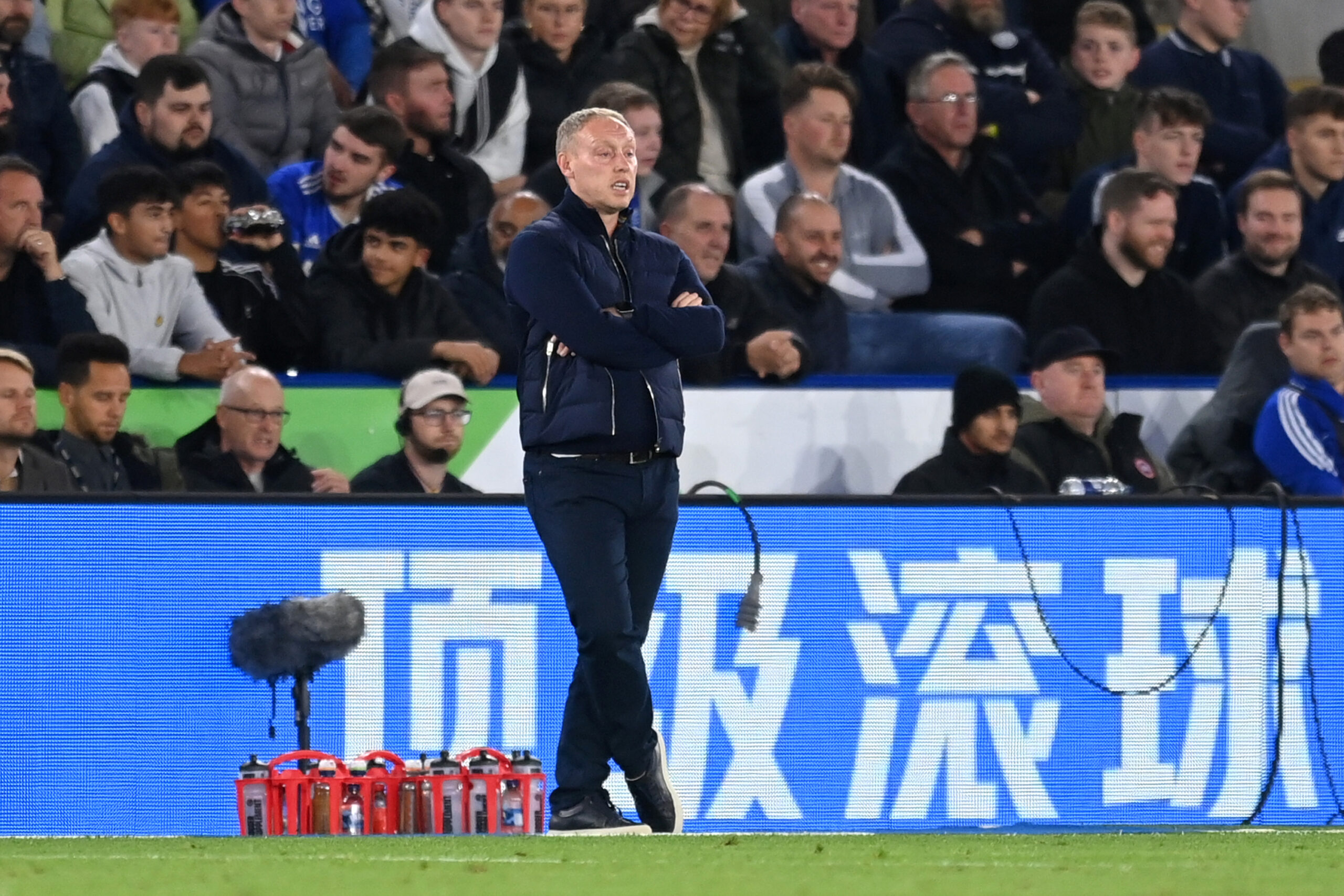 Matchweek ten closes out with the battle of the strugglers as Nottingham Forest and Aston Villa slug it out for supremacy at the City Ground on Monday night.

Rooted to the bottom of the pile, Forest are looking to end an awful run of five successive league defeats following their 4-0 thumping away to Leicester City last time out.

James Maddison, who has been overlooked for Gareth Southgate’s England squad, ran the show for the Foxes as he grabbed two goals and an assist. Harvey Barnes and Patson Daka also got in on the act with a goal apiece.

Steve Cooper did an astonishing job guiding Forest to Premier League promotion considering the state they were in when Chris Hughton was relieved of his duties.

But Cooper’s job security had been hanging in the balance pre-Leicester, and the damning defeat was thought to have sealed his fate as it meant the Reds have picked up just four points from their first eight games (W1, D1, L6).

There were rumours of potential replacements already lined up, with Rafael Benitez and Sean Dyche touted. But the Forest hierarchy made a bold move by awarding Cooper a new contract despite the club’s appalling form.

They insisted Cooper was the right man for the job, and the Welsh manager will be looking to prove them right when Steven Gerrard’s out-of-sorts Villa side visit the City Ground.

Despite putting together a three-game unbeaten run (W1, D2), Villa have struggled to climb up the table and hold a slender two-point gap from the drop zone and four ahead of their hosts.

Gerrard watched on with frustration as his side failed to nick maximum points against Leeds United last time out, despite holding the numerical advantage following Luis Sinisterra’s red card early in the second half.

The Villans controlled the game after the dismissal but lacked ruthlessness as they failed to convert any of the three big chances they created and had to settle for a share of the spoils.

If we’re taking positives from the clash, Villa managed a second clean sheet in a row since April, but that will do very little to quell the fans who want to see their side play a more eye-catching style of football.

Cooper will be looking to repay the faith of the powers-that-be at Forest with a commanding display, and Villa may just present the right opportunity as Gerrard’s side are decimated with injuries.

The former Swansea manager will need time to get all 22 new signings pulling in the right direction, as quality was never the problem.

A win against Villa will be a step in the right direction as it will close the gap between them and Gerrard’s side, and if they need any extra motivation, their form against the Villans should do.

Forest have won just one of their last six meetings with Villa (D2, L3), with their last win coming when both sides clashed in the Championship in 2017.

Cooper prefers his side playing with an attacking vigour, but four of the six goals they have scored in the league this season have come in 3-2 defeats.

The 42-year-old needs to find a way to balance his team’s style of play amid the mass arrivals at the club.

They boast the second-worst defensive record in the league, having conceded 21 goals to date, 18 of which have come in their last five games.

Their appalling defensive record is only bettered by bottom-spot contenders Leicester (24), so a more reserved approach may be required, at least until the sinking ship is steadied.

Despite getting Villa back on track with five points from their last three matches, where they only conceded once, Gerrard is always under pressure, owing largely to his style of play which is not always easy on the eye.

Villa’s form on their travels will pose a concern heading into this tie, as they have failed to win any of their last five league games on the road (D1, L4).

They are just three points adrift of European places, highlighting that a win or two in a row could change the whole dynamic at the club.

A win will end their appalling away record and boost their confidence to push for a more respectable place in the standings.

However, Gerrard appears to be walking that tightrope, as a defeat could result in the Villa hierarchy opting for a change in leadership.

Nottingham Forest vs Aston Villa, alongside all other fixtures in England’s top flight, is available to watch online via live Premier League streams.

Four of Forest’s last five games have been high scoring with at least three goals. Forest have also conceded at least two goals in their last three home games.

Although the two teams have struggled to find the back of the net this season, we expect the goalscoring trend to continue.

There will be an air of positivity at the City Ground after Cooper renewed his contract. While that will not necessarily act as the catalyst for improved performance against a Villa side that are also in dire need of results, we expect Forest’s resurgence to begin at home to the Villans.