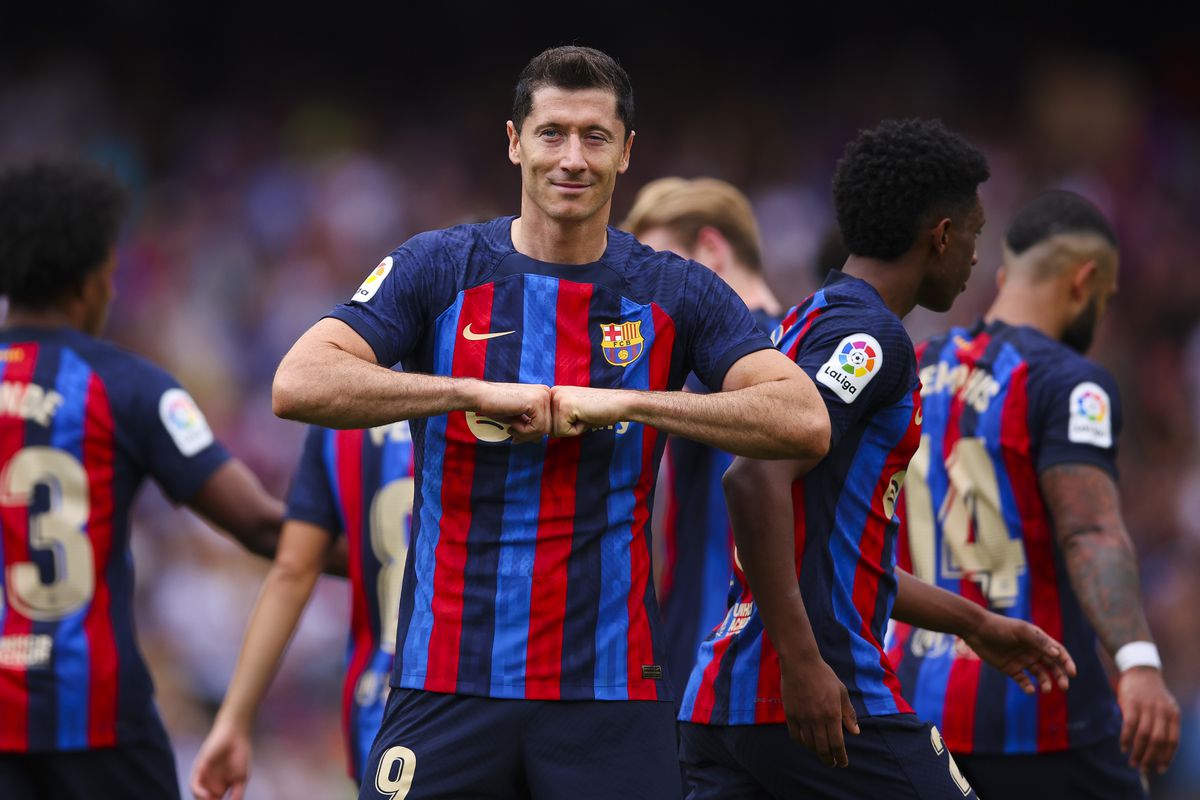 Barcelona will be looking to bounce back from European disappointment when they play host to Celta Vigo at the Spotify Camp Nou on Sunday.

The Blaugranas boast a near-perfect domestic record, winning each of their six matches since the goalless draw with Rayo Vallecano on the opening weekend of this season.

Xavi’s side have not conceded in the league since their 4-1 victory over Real Sociedad in August, keeping clean sheets in their last five games and scoring 15 times in the process.

The dominating run has seen them climb above reigning champions Real Madrid to the top of the table, albeit level on points (19), setting the tone for a fascinating battle for the league crown.

While they have asserted their superiority in the league, they have work to do as their quest to progress from their Champions League Group C suffered another setback when they fell to defeat against Inter Milan on Tuesday.

Hakan Calhanoglu’s long-range piledriver was enough to condemn Barca to a second defeat, having lost their opening match against Bayern Munich.

Xavi’s side will be itching for revenge, especially after seeing a convincing penalty shout waved off at the dying moments of the game but will first have to get past the tricky Celta.

They enter the game on the back of a 1-0 win over Real Betis last weekend and will certainly be the fresher of the two sides on Sunday night.

Despite being handed the numerical advantage after Luiz Felipe’s early sending-off for a professional last-man tackle, Los Celestes laboured to victory as Betis refused to be restrained by the red card.

They made away with the narrow win, but the challenge against Barca will be very different, especially as they have beaten the Blaugranas just twice in their last nine meetings (D3, L4).

Barca’s awkward situation in the Champions League is firmly on their mind as they risk being relegated to the Europa League for the second successive campaign.

The Catalan outfit are currently third in their group on three points, three behind second-placed Inter and six from leaders Bayern Munich, so they will be keen to get past Celta to rectify their European aberration.

However, Barca would be foolish to underestimate this weekend’s opponents as they have won just two of their last five matches against Celta (D2, L1).

Robert Lewandowski was relatively quiet in their Champions League demise, but he tops the La Liga scoring chart with nine goals in seven games, and he will be looking to continue his hot streak on Sunday.

Riding on their win against the high-flying Betis, Celta will want to exploit Barca’s frailty when they travel to Camp Nou this weekend.

They finished 11th in Spain’s top flight last season but were eighth the previous season, so a push into the top half of the division is certainly within reach this term.

Despite not being committed to any European competitions, Celta still have a busy October period. Having already battled Betis, they will face Sociedad, Real Valladolid, Getafe and Almeria before the end of the month.

But first, Barca stand in between them and a potential place in Europe.

Barcelona vs Celta Vigo, alongside all other Blaugrana matches this season, is available to watch live online via Barcelona live streams.

Xavi may opt to field a heavily rotated 11 with their midweek reverse clash against Inter coming up, but they should have enough in the tank to power past Celta.