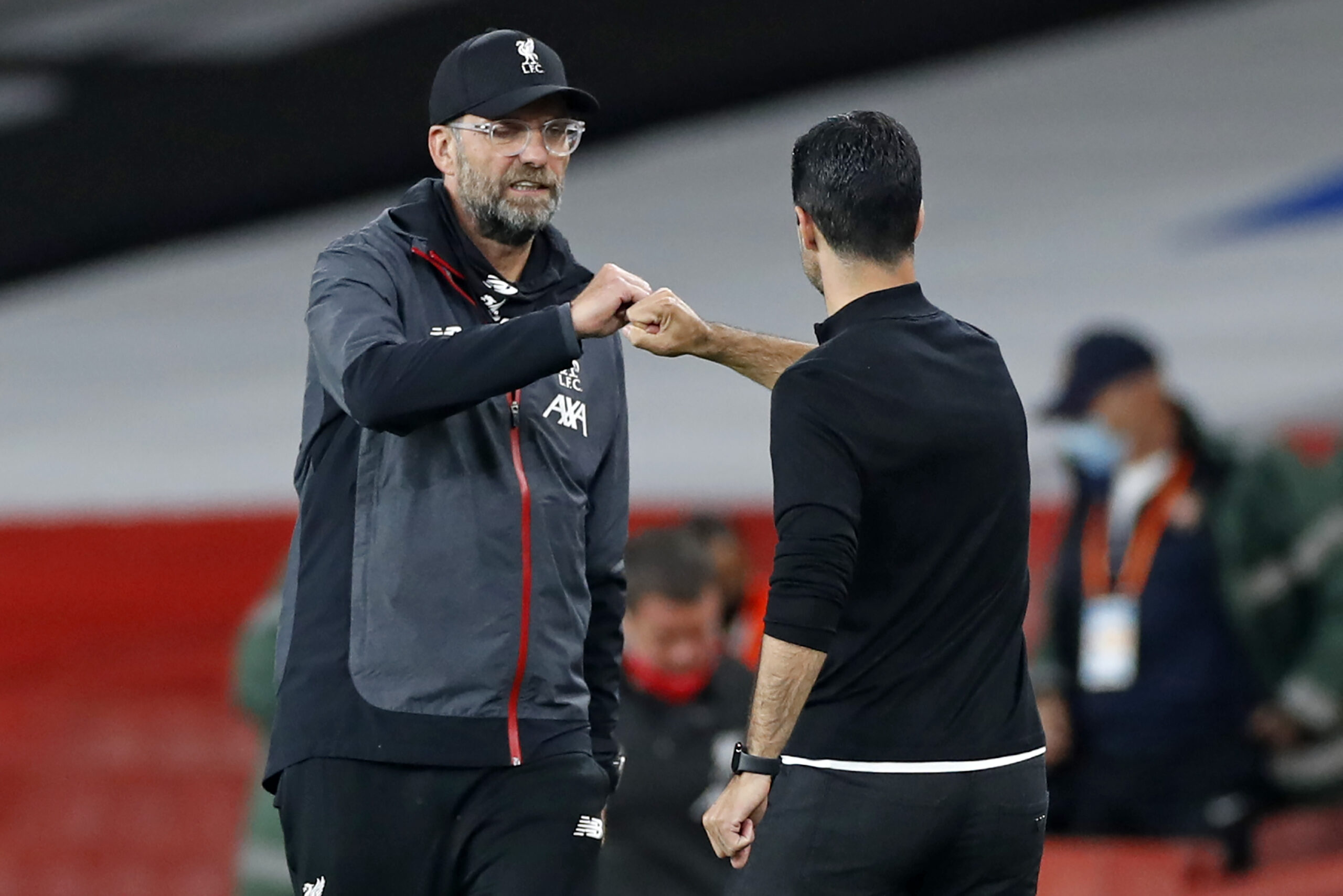 Arsenal boss Mikel Arteta believes that his side could receive a psychological boost by opening a 14-point gap over Liverpool.

The Gunners are set to meet Jurgen Klopp’s side at the Emirates Stadium on Sunday. Despite losing four of their five previous encounters in all competitions, Arsenal will enter the Premier League clash as favourites.

The north London side have enjoyed a spectacular start to the 2022-23 season, winning seven of their eight matches to claim top spot in the table.

Their Merseyside rivals have been highly disappointing with their performances to date with two wins from seven games barely keeping them inside the top ten.

Although the Reds have a game in hand, Arsenal’s victory on Sunday would give them a huge lead over their rivals. While talking to reporters on Friday, Arteta admitted it was a big incentive.

“One hundred per cent,” the Spanish boss said (as per The Guardian). “The moment you get momentum and you are on a good run, and you can leave an opponent as far [behind] as possible, psychologically also it is very important.”

Arsenal haven’t won the league crown since 2004 but they have been so impressive this season that many people are now considering them genuine title contenders.

The Gunners have conceded only eight goals while they have netted an incredible 20 to date, with only Manchester City scoring more in the English top flight.

They were expected to find tough opponents in Tottenham Hotspur last weekend. However, they completely dominated the north London derby and sealed the points in style.

Despite featuring a completely changed line-up, Mikel Arteta’s side didn’t face any trouble against Bodo/Glimt in their midweek Europa League match.

They are favourites against Liverpool on Sunday, which shows just how much they have improved under Arteta this season.