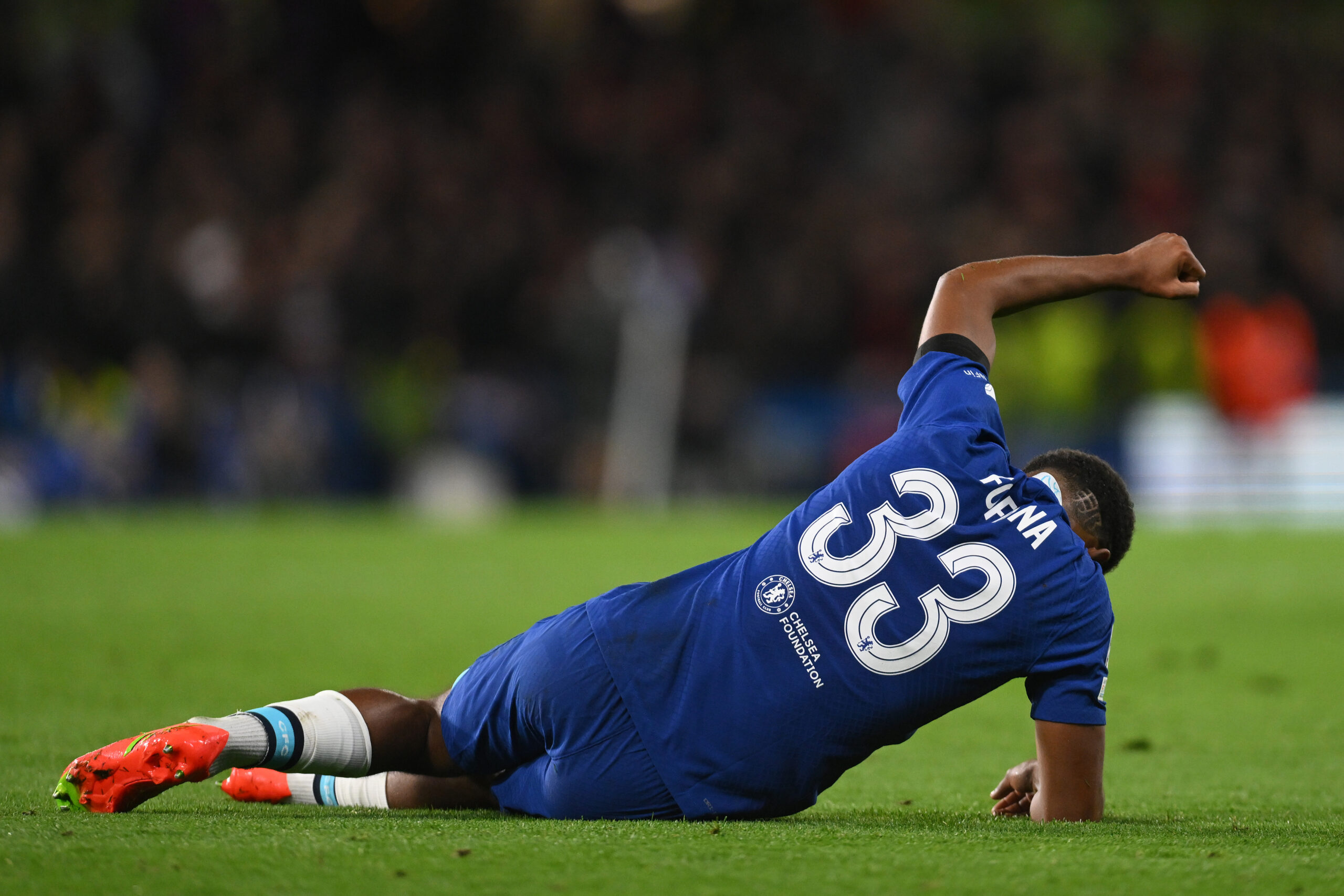 Chelsea manager Graham Potter has given a positive injury update on Wesley Fofana.

The 21-year-old picked up a knock in the Blues’ 3-0 victory over AC Milan in the Champions League on Wednesday.

He struck the first goal for the west London outfit before being forced off with a knee issue.

There were fears that he had sustained a serious injury, but Potter has dispelled those fears.

He said (as per BBC Sport): “Wesley is not as bad as we thought, so that’s good – after the game of course we were concerned.

“It will be a few weeks but considerably better than it could be, but we’ll miss him for a few weeks.”

Asked whether the defender could play again before the World Cup, Potter added: “Yeah, it’s a possibility. (It) depends (on) how his rehab goes and don’t want to put too much of a timescale on it, but there’s a chance of that.”

Chelsea splashed out £70 million to sign Fofana from Leicester City in the summer transfer window.

They wanted to bring in a top-quality defender after losing Antonio Rudiger and Andreas Christensen to Real Madrid and Barcelona respectively.

Foxes’ manager Brendan Rodgers didn’t want to lose Fofana, but the club sold him after being offered a huge transfer fee.

Fofana has had a mixed start to life at Stamford Bridge, but he was impressive in his previous outing against Milan.

He won an aerial duel, completed 100 percent of his passes and also scored the Blues’ first goal.

It was a big blow for Chelsea when he was forced off injured after netting a goal.

However, the fans will be happy to know that Fofana’s injury isn’t as serious as first feared, and he could return to the team in a few weeks.

The Frenchman is an excellent centre-back who is highly rated for his passing, aerial dominance and ball interception skills.

He is only 21 and has all the attributes to be a big success at Stamford Bridge.