Franck Ribery set to retire as Salernitana prepare to release him 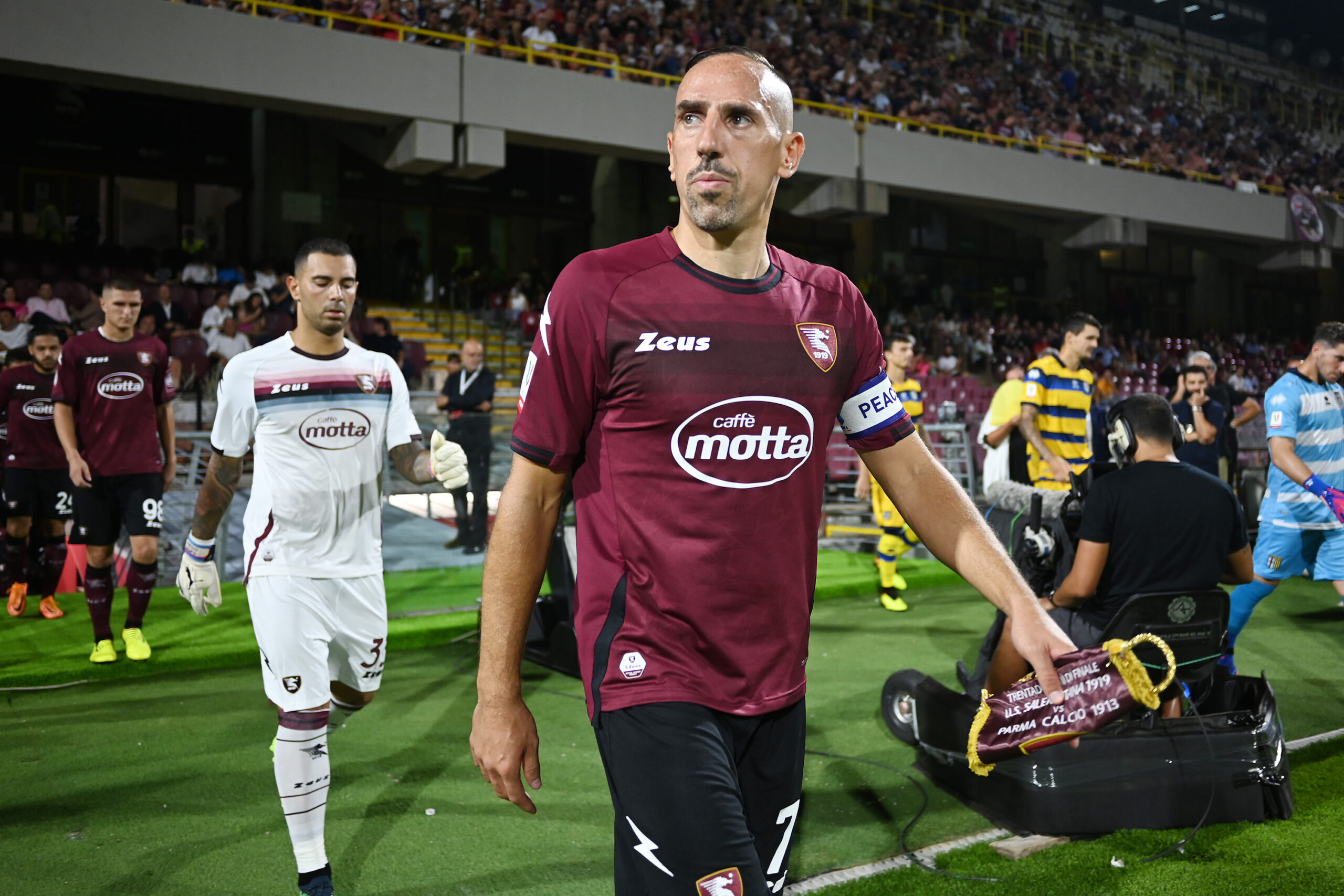 Former Bayern Munich and Fiorentina attacker Franck Ribery will retire soon, with current club Salernitana preparing to release him, according to Il Mattino.

Ribery has decided to retire due to a decline in his physical abilities and continuous knee injuries. He has not played a competitive game for the club since August 14.

The 39-year-old earns around €125,000 per year with the Salerno-based side, but they have decided to terminate his contract.

However, the club will help Ribery transition into management. They are preparing a new contract for the player to join the club as a coach until 2024.

The 39-year-old has already completed his coaching badges, and the club knows his intentions of coaching following a meeting yesterday.

The ex-France international has played 25 games for the Granata since joining the club in 2021, but he is yet to score a goal. He has provided three assists.

Ribery joined the club after a two-year stint at Fiorentina. He played 51 games for the club, scoring five goals and providing ten assists.

He previously played for Bayern Munich for 12 years, securing 24 titles and a legendary reputation in Bavaria.

Ribery scored 124 goals and recorded 182 assists for Bayern in 425 appearances. He made his debut for France in 2006 while playing for Olympique Marseille.

He scored 16 goals and 25 assists for Les Bleus in 81 performances. He already has experience as a man-manager.

When David Alaba arrived at Bayern as a 16-year-old, Ribery took him under his wing and mentored him.

He was influential in helping him settle into the first team, and the pair developed a legendary pairing down the left side for the Bundesliga champions.

The relationship also translates off the pitch, with Alaba referring to Ribery as his big brother and best friend.