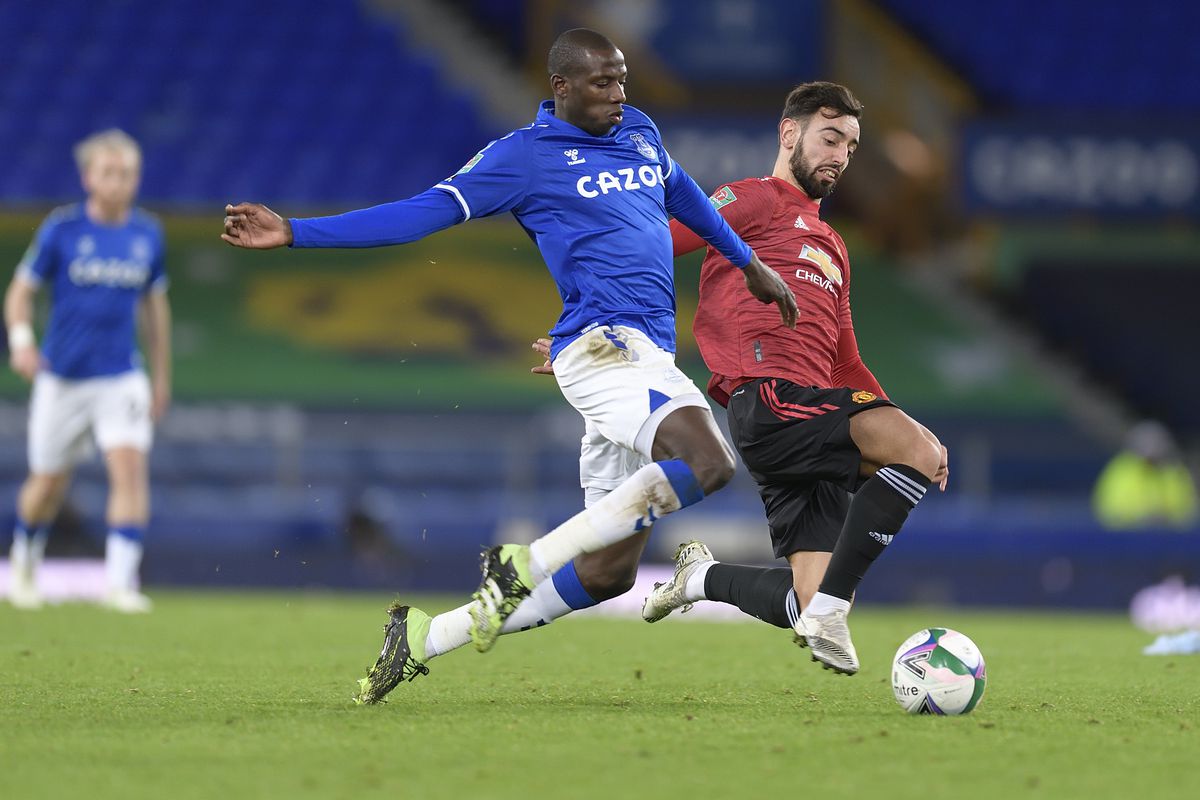 Manchester United will get their chance to return to winning ways when they take on Everton at Goodison Park on Sunday.

Frank Lampard’s side narrowly avoided what would have been their first-ever relegation in the Premier League era last season. The former Chelsea manager has whipped them into a more solid unit this season.

They will welcome United with confidence looking to extend their impressive seven-game unbeaten run across all competitions since losing 2-1 to Aston Villa in August (W3, D4).

Only four teams conceded more goals than Everton last season, yet they have the best defensive record in the league after eight matches, having conceded seven goals.

However, their attacking returns struggle to convince that they have enough to threaten United as they have also scored just seven goals so far.

The Toffees are resilient, and their performance in the scoreless yet thrilling Merseyside derby proved as much.

Lampard will rely on his side’s defensive solidity to repel a raging United side looking for a swift response from their humiliating defeat to local rivals Manchester City.

United were thrashed 6-3 by their ‘noisy neighbours’ as Erling Braut Haaland and Phil Foden grabbed hat-tricks for the Cityzens.

Erik ten Hag’s side had no response to City’s pace and precision but, on a positive note, summer signing Antony scored his second league goal in two matches with a curling beauty.

They recorded a laborious 3-2 victory over Omonia Nicosia in midweek as the reborn Marcus Rashford came off the bench to grab a brace, but United’s performance was less than convincing.

Everton have shown they are no pushovers, and with United yet to click under their new manager, the Toffees will fancy their chances of going for the jugular.

Everton walked away with four points from their two meetings with United last season, and they will be looking to have another crack at the struggling Red Devils.

Having opened a four-point gap on the relegation zone ahead of the weekend’s action, Lampard will be hoping to see his side express themselves a little more in the final third against United, as they have only scored two goals at home to date.

The acquisitions of Coady and James Tarkowski have proven pivotal in shoring up their leaky defence, but Southampton missed a stack of decent chances against them last weekend.

Lampard will want his side to retain their new-found defensive solidity, but the Toffees may not be as fortunate given the quality of attacking players at United’s disposal.

While looking to bounce back from their mauling last weekend, United will also want to improve their appalling away record, having won just two of their last ten games on the road (L8).

However, they will relish the chance to rewrite that awful record against this weekend’s hosts, as they have only lost twice to Everton over their last 16 meetings across all competitions (W8, D6).

Ten Hag will need all the firepower he can get against an Everton side that will most certainly mount roadblocks to their goal, and Anthony Martial will be itching to start on Sunday after netting twice in his last two games.

Arsenal vs Liverpool, alongside all other fixtures in England’s top flight, is available to watch online via live Premier League streams.

United will find it difficult to break down the resilient Everton backline, but we expect them to overpower Lampard’s side in what should be a low-scoring affair.