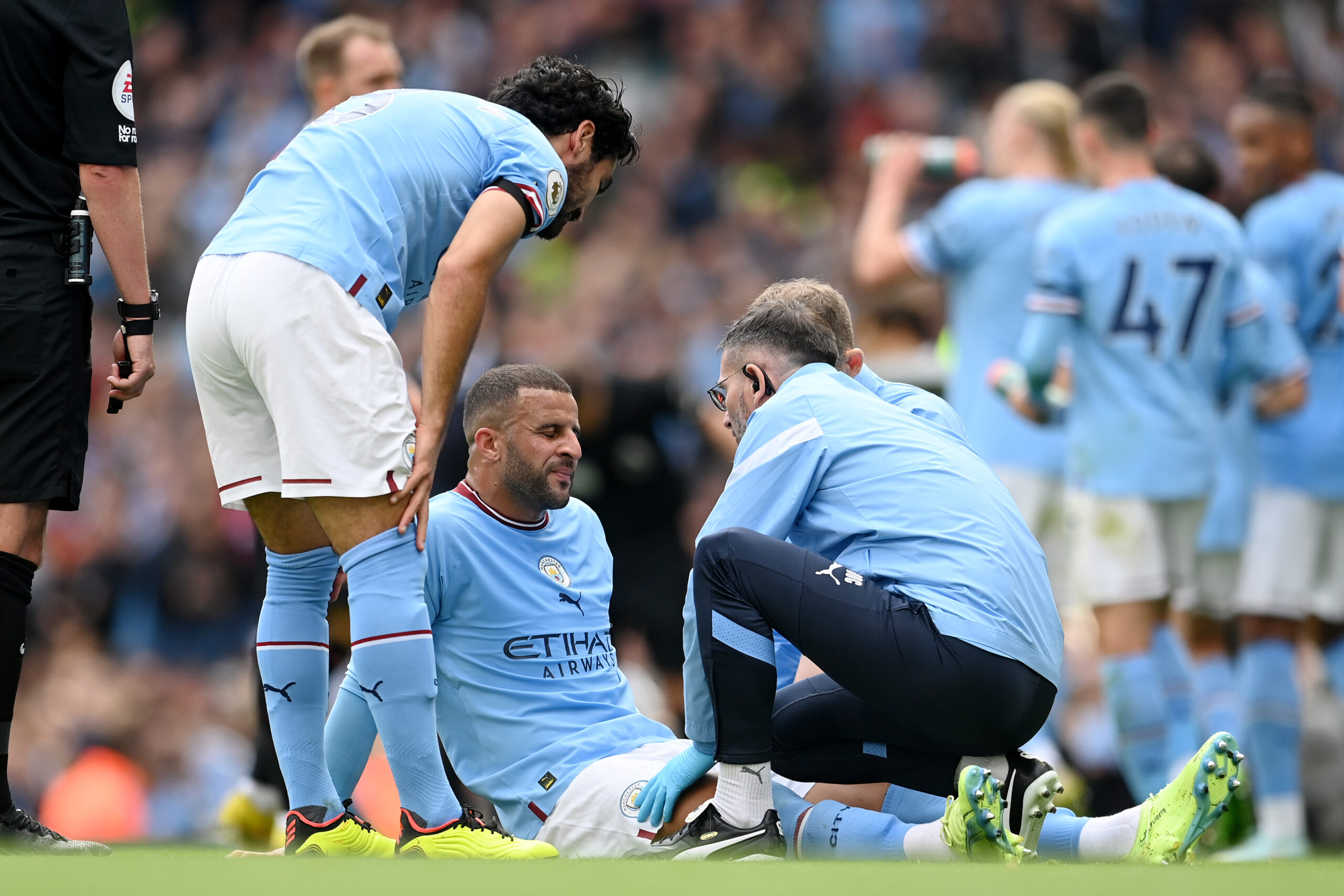 The England defender pulled up and was substituted in the 41st minute of City’s 6-3 win over their neighbours.

The defender’s chances of being fit for the 2022 World Cup are slim. However, he could still make it to the tournament.

City believe he can feature for the club before England head to Qatar. He will be fighting to be on the plane.

With the World Cup starting on November 20, Walker has around six weeks to be ready for England’s opener against Iran.

Following City’s 5-0 Champions League win over Copenhagen, Pep Guardiola admitted that he knew how important the World Cup is for players.

A statement on City’s official website said: “Kyle Walker has undergone surgery after suffering a groin injury to his left leg during the first half of our 6-3 win over Manchester United on Sunday.

“The surgery was successful, and a more detailed prognosis will be provided in due course. Everyone at Manchester City wishes Kyle a speedy recovery.”

Walker confirmed that he good health following the surgery.

“As players, we have to appreciate injuries are part and parcel of the game we love,” Walker said on his Twitter page.

“My operation on Tuesday was a success, and now I can concentrate on my rehab and getting back to full fitness. I will be supporting my teammates every day in any way I can.”

The 32-year-old has 70 caps since making his debut for the Three Lions in November 2011. The former Tottenham Hotspur player has notched eight goals and ten assists in that time.

Walker was part of the squad for the recent Nations League defeat to Italy and the enthralling 3-3 draw with Germany.

Despite Gareth Soughtgate’s abundance of options at right-back, Walker has become an indispensable general for the England boss.

He regularly features on the right side of the back three, with his recovery pace vital for the team’s play. If he is fit and firing before the tournament, expect him to make Southgate’s 26-man list.