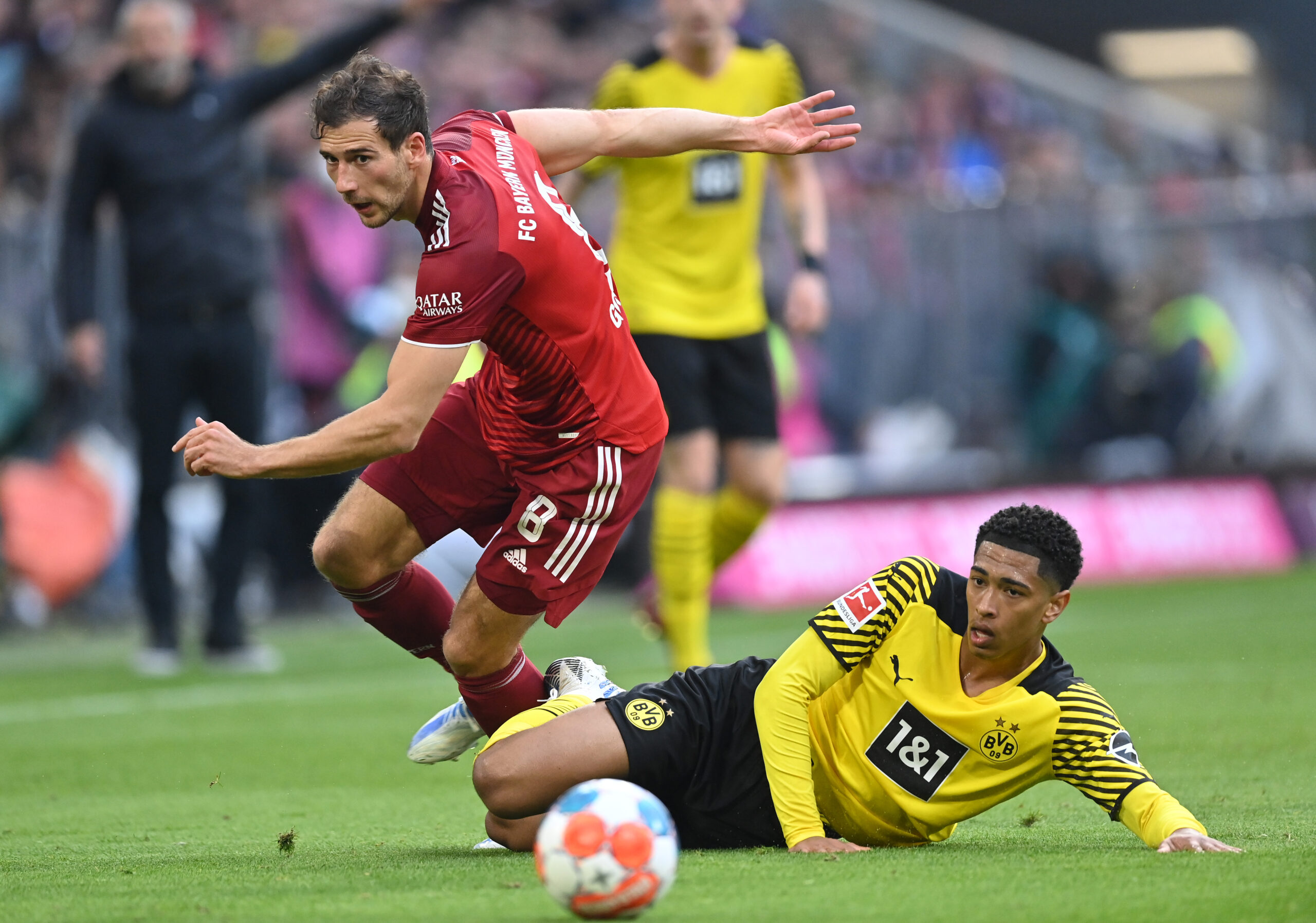 Saturday’s Bundesliga action rounds off with the 124th top-flight edition of the famous Der Klassiker between arch-rivals Borussia Dortmund and Bayern Munich.

Signal Iduna Park forms the backdrop as injury-hit Die Borussen aim to arrest an underwhelming eight-match losing streak across all competitions against the perennial Bundesliga champions.

You’d have to go back to the 2019 German Super Cup for Dortmund’s last competitive triumph over the Bavarian powerhouse. Yet there’s currently not much to separate the two German heavyweights.

Despite suffering two defeats in their last three league outings (W1), Edin Terzic’s men head into proceedings level on points with Bayern (15) and only two behind pacesetters Union Berlin.

Going into this fixture, Dortmund claimed a morale-boosting 4-1 win at Sevilla in midweek Champions League action to set themselves up nicely for the Munich outfit’s visit.

Dortmund spurned a 1-0 half-time lead during a 3-2 defeat at Koln last time out, contributing to their worst loss ratio (37.5%) after the opening eight Bundesliga matchdays since 2014/15.

Ominously for Terzic’s side, the last time they lost three of their first eight league games, they finished seventh in the standings, which would be a significant markdown on a runner-up finish in 2021/22.

One of Terzic’s prime assignments is to teach his team how to hold onto the lead once they grab it. Die Borussen are the only Bundesliga side to have lost two fixtures after opening the scoring this season.

Despite a sub-par Bundesliga start by their standards, Bayern boast a comfortable league-high in terms of the league goals scored, with their tally of 16 beating all other sides by at least seven.

Tuesday’s demolition of Plzen served as a perfect warm-up ahead of this showdown as former Liverpool ace Sadio Mane prepares for his maiden Der Klassiker appearance.

Mane has been on the scoresheet in both of Bayern’s victories in the post-international break period and will be a focal point of his side’s bid to build on an eye-catching 15-game H2H form against Dortmund (W13, L2).

Dortmund vs Bayern, along with all other 2022/23 Bundesliga fixtures, is available to watch live online via live Bundesliga streaming.

For years, Der Klassiker has been one of the most exciting and prolific fixtures in the Bundesliga.

Bayern won both last season’s league meetings with Dortmund by an aggregate score of 6-3, netting precisely three goals on each occasion.

So we expect another high-scoring affair at Signal Iduna Park, with the Bavarians likely to take home all three points.