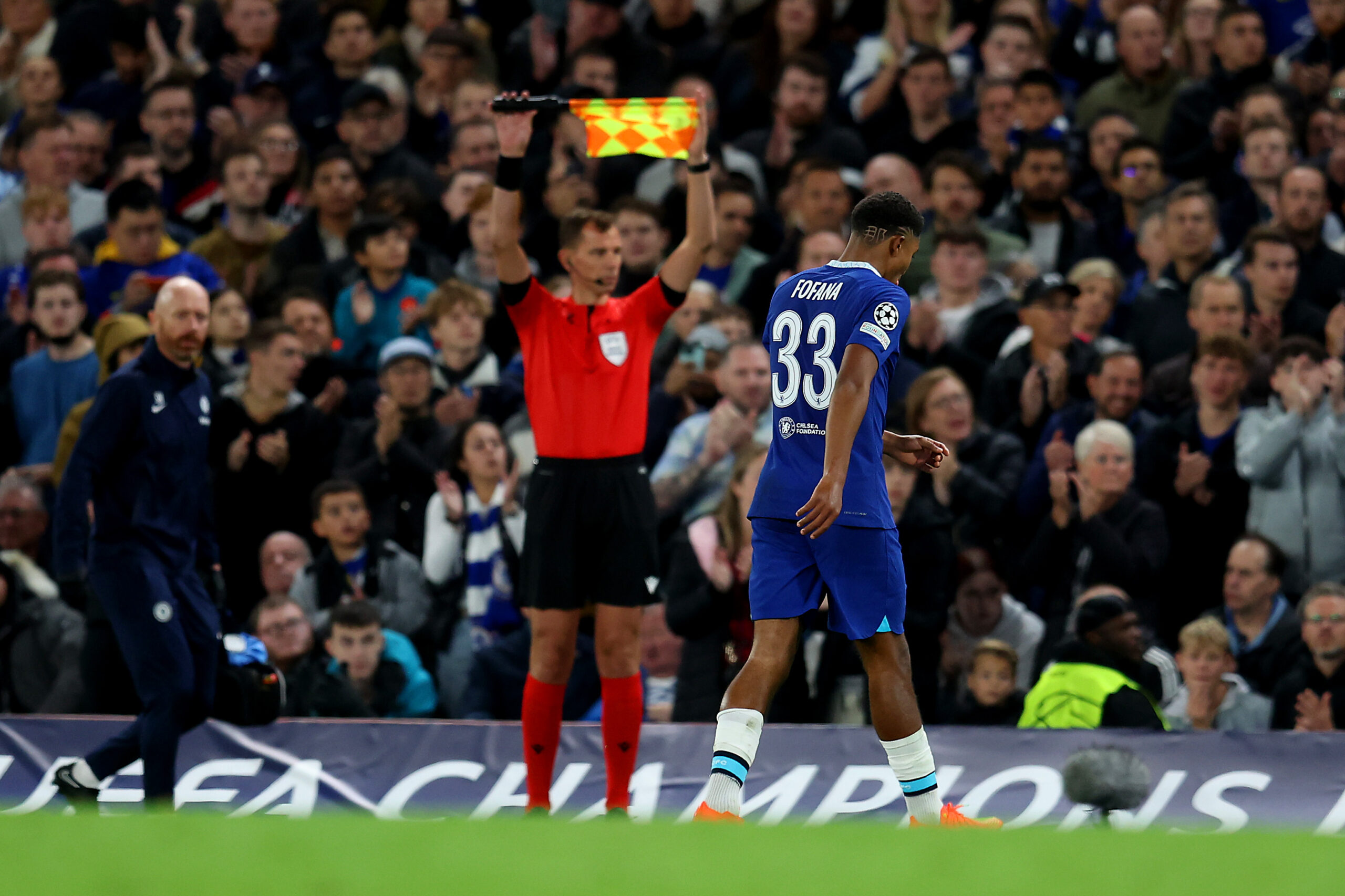 Chelsea claimed their first Champions League victory this season when they outclassed AC Milan 3-0 at Stamford Bridge on Wednesday.

Graham Potter’s side were highly impressive but suffered a big blow as Wesley Fofana was forced off injured soon after he struck the opening goal.

It is unclear at this stage how long he will be sidelined due to the knee issue. Potter confirmed he is concerned about the severity of the defender’s injury.

“That’s the one disappointing thing about the evening,” Potter said (as per The Guardian). “We need to scan tomorrow and fingers crossed.

“I wouldn’t want to speculate on it now. But we’re concerned and we just need to wait until tomorrow and get it scanned and hope for the best.

“These things happen. He’s a young guy – he’s a strong guy. We’ll help him and support him. At the moment there’s not too much to report. Fingers crossed and we’re hoping for the best.”

Chelsea splashed out £70 million to sign Fofana from Leicester City in the summer transfer window.

He has had a mixed start to life at Stamford Bridge but was impressive against Milan before he was forced off injured.

The 21-year-old won an aerial duel, completed 100 percent of his passes and also netted the Blues’ first goal of the match.

He had the difficult task of marking Rafael Leao and he did well for the most part in his short time on the pitch.

Graham Potter’s side have a busy schedule this month. They return to Premier League action on Saturday when they take on Wolverhampton Wanderers before travelling to Milan for the reverse fixture in midweek.

They also have to play Aston Villa, Brentford, Manchester United and Brighton & Hove Albion in the English top-flight in October.