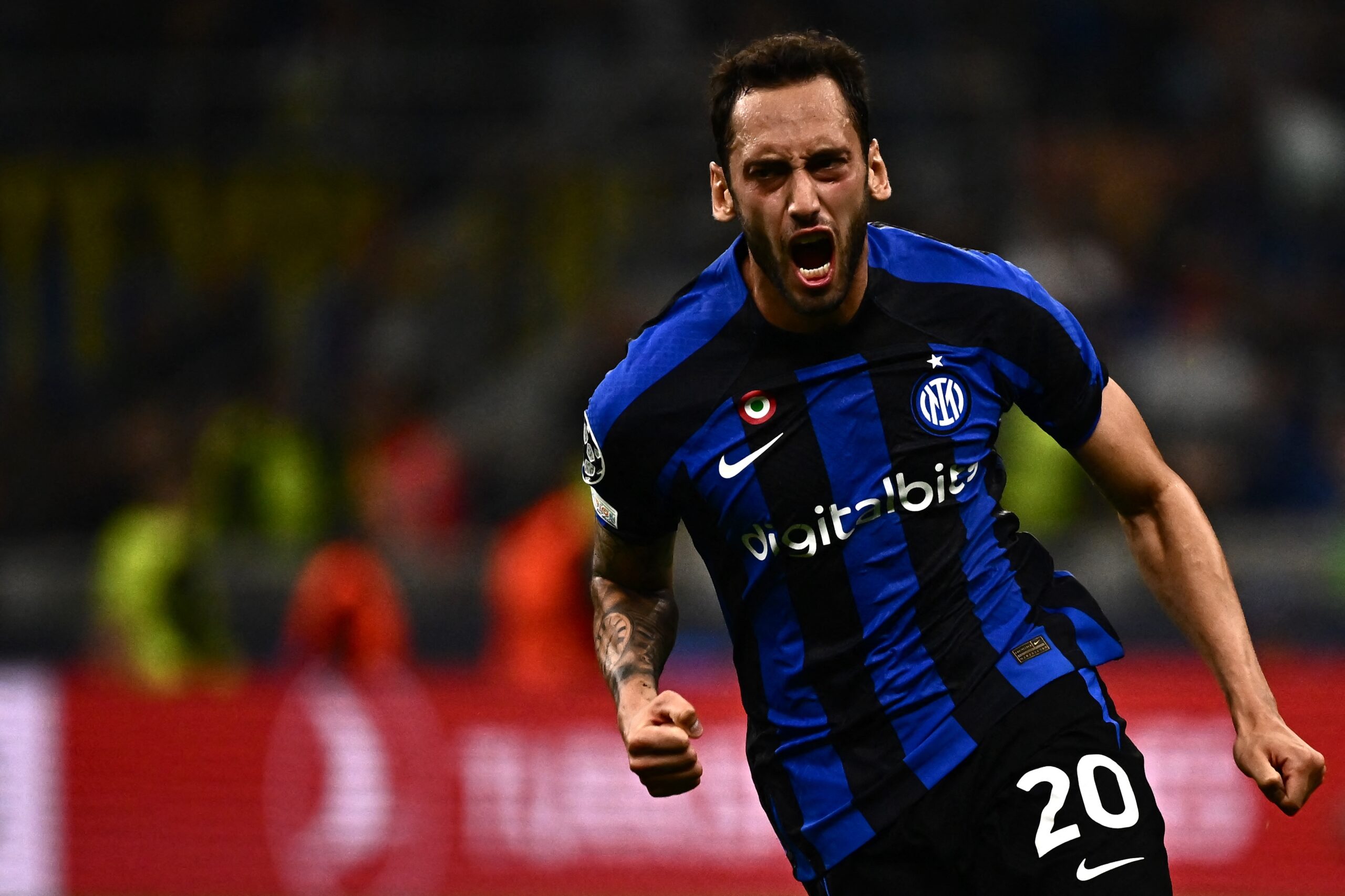 Barca came into the game as favourites courtesy of their imperious form this season. They had only lost once in ten outings across all competitions, and it came against Bayern Munich in the last Champions League round.

By contrast, Inter have been far from impressive this season and Barca were tipped to secure a fairly easy victory.

The Nerazzurri made up for their lack of possession with incisive and quality counter-attacks, and Calhanoglu’s piledriver from 30 yards showed why they should not be underestimated.

Although it was a fairly comfortable save for the inform Marc-Andre ter Stegen, Barca were reminded that the game was not going to be a walk in the park.

Barca controlled possession, but their intricate play was let down by their lack of clinical finishing, and Inter took advantage.

Simone Inzaghi’s game plan paid off just before half-time as Calhanoglu got the better of Ter Stegen with a drilled shot that crept into the bottom corner.

Inter did well to smother Barca’s attack in the opening 45 minutes. Robert Lewandowski barely had a sniff as Stefan de Vrij constantly closed him down.

Ousmane Dembele was a bright spark down the right wing, but Alessandro Bastoni and Federico Dimarco did enough to limit his influence while Raphinha was quiet.

Inzaghi and his men had a precious one-goal lead at the break that they had no plans to relinquish, and Barca had work to do.

Inter’s defence was resolute and gave little to Barca’s attackers to feed off, but they were carved open for the first time at the hour mark when Dembele found space in the box, but his rifled shot bounced off the left post.

Xavi’s side thought they had finally equalised in the 67th minute as Andre Onana made a hash of Dembele’s cross, allowing Pedri to slot into an open goal.

However, after the VAR review, referee Slavko Vincic ruled out the goal as he deemed Ansumane Fati to have handled the ball before Pedri slotted home.

VAR’s intervention only renewed Barca’s drive and desperation for an equaliser, but frustration set in during the final 20 minutes.

The expected Barca fightback was thwarted as Inter’s defence refused to cave under the relentless pressure.

Barca’s patience in possession wore thin into the eight minutes of added time, but it yielded nothing.

The will feel hard done by as VAR turned a blind eye to their convincing penalty shout in the dying moments.

Inter have drawn first blood against Barca in the race to qualify out of the group of death.

This win puts them three points behind Bayern Munich, who have won three out of three following their 5-0 win over Viktoria Plzen, and three points above Barca.

Barca have now lost back-to-back Champions League group stage games for the first time in eight years, but they now know what to expect from Simone’s men, who will visit the Spotify Camp Nou in the reverse fixture next week.