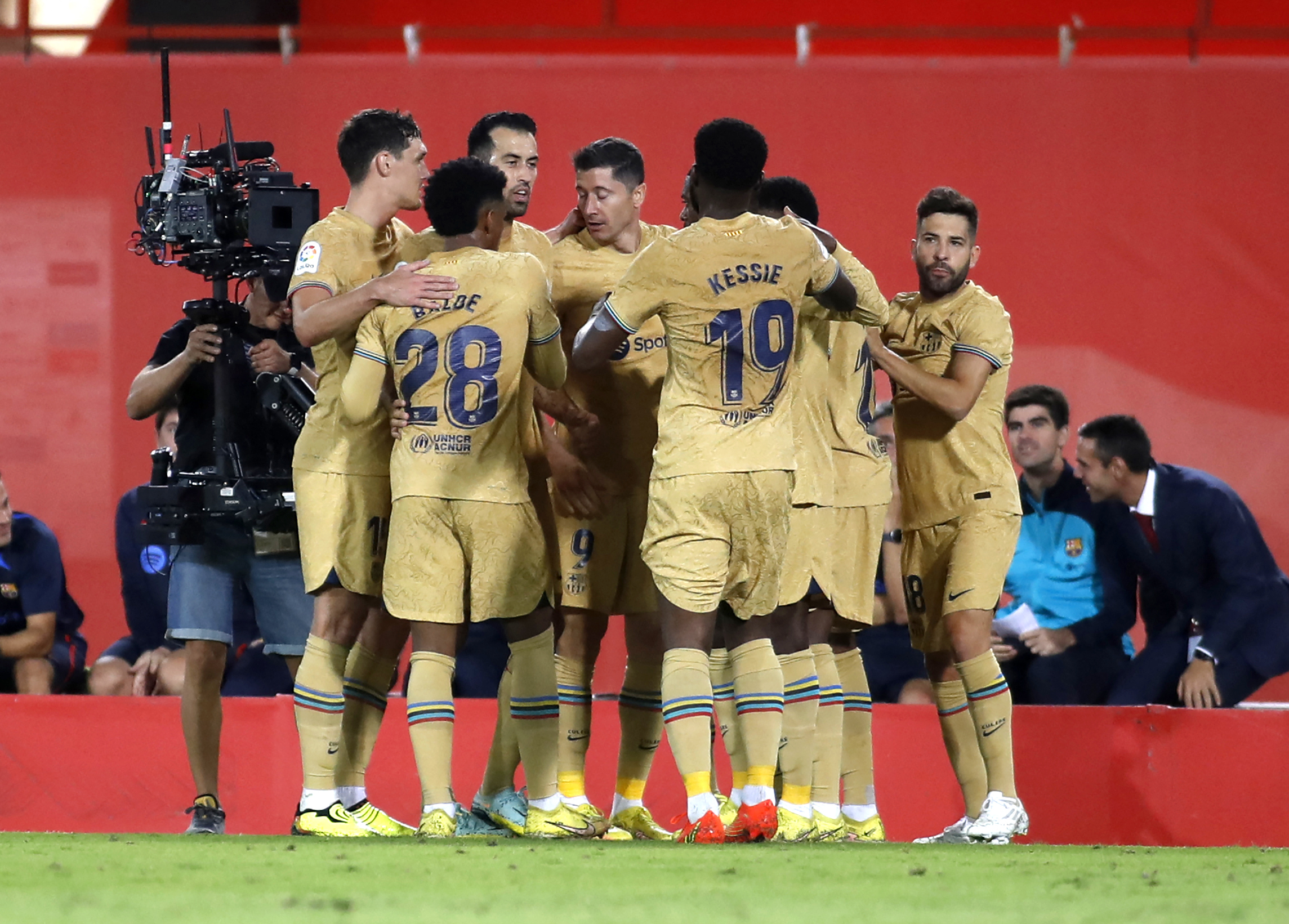 Barcelona have clinched top spot in La Liga with a victory over Mallorca, with Real Madrid slipping to the second after a draw against Osasuna.

Here is the summary of results on Matchday 7.

Barcelona continued their stellar run in La Liga, and so did Robert Lewandowski with a 1-0 over Mallorca in an away fixture.

The Polish striker’s stunning first-half strike – his ninth this season – made the difference as the Catalan giants picked up a crucial victory after the international break.

Winning six straight games in the league, Xavi’s men have moved to the top of the table with 19 points.

Although the pressure was on for Madrid to keep pace with Barca, they were the outright favourites heading into the clash against Osasuna, having collected eight wins in eight games in all competitions.

However, the visitors – despite being a man down – put the brakes on Los Blancos’ impressive winning streak, securing a 1-1 draw at Santiago Bernabeu.

Vinicius Junior’s strike was cancelled out by Kike Garcia’s early goal in the second half. Karim Benzema had a night to forget on his return from injury as he failed to convert a penalty.

The draw pushed Carlo Ancelotti’s side down to the second spot.

Sevilla 0-2 Atletico Madrid: Simeone’s men back to the winning ways

Sevilla’s nightmare season continued with a 2-0 defeat against Atletico Madrid. Both sides headed into the game searching for a win, but it was Los Rojiblancos who had the last laugh thanks to goals from Marcos Llorente and Alvaro Morta.

Diego Simeone will be a relieved figure to break the shackles after back-to-back defeats, whereas on the other hand, the situation has worsened for Julen Lopetegui, whose future at the Andalusian outfit looks bleak.

Athletic Bilbao are proving to be this season’s dark horses as they registered their fifth win.

Athletic have moved to third in the table with 17 points, trailing Madrid only by two points. They look like genuine top-four contenders.

Manuel Pellegrini’s men have been prevented the chance of moving to third place following a 1-0 defeat against Celta Vigo.

Betis have been one of the best-performing sides in La Liga this season, and they looked to extend their winning run on Sunday.

However, they were put on to backfoot after Gabri Veiga’s early strike, and their woes doubled following Luiz Felipe’s red card in the 20th minute.

Girona and Real Sociedad played an absolute goal-fest on Matchday 7, with the latter coming from behind to secure the win.

The home side led 3-2 at the start of the second half, but La Real produced an incredible comeback with three unanswered goals.

Espanyol 2-2 Valencia: Valencia with a last-minute draw in a wild encounter

Valencia also played a thrilling encounter against Espanyol, and they shared the spoils with a last-gasp equaliser.

Both sides were reduced to 10 men during the final minutes after red cards were shown to Marcos Andre and Martin Braithwaite.

Substitute Eray Comert scored a dramatic last-minute equaliser to help Los Che get away with a draw.

There are signs of improvement under Gennaro Gattuso, with Valencia picking up two wins and a draw in the last four games.

Unai Emery’s Villarreal were held to a goalless draw against Cadiz, and Real Valladolid secured a 3-2 win against Getafe.