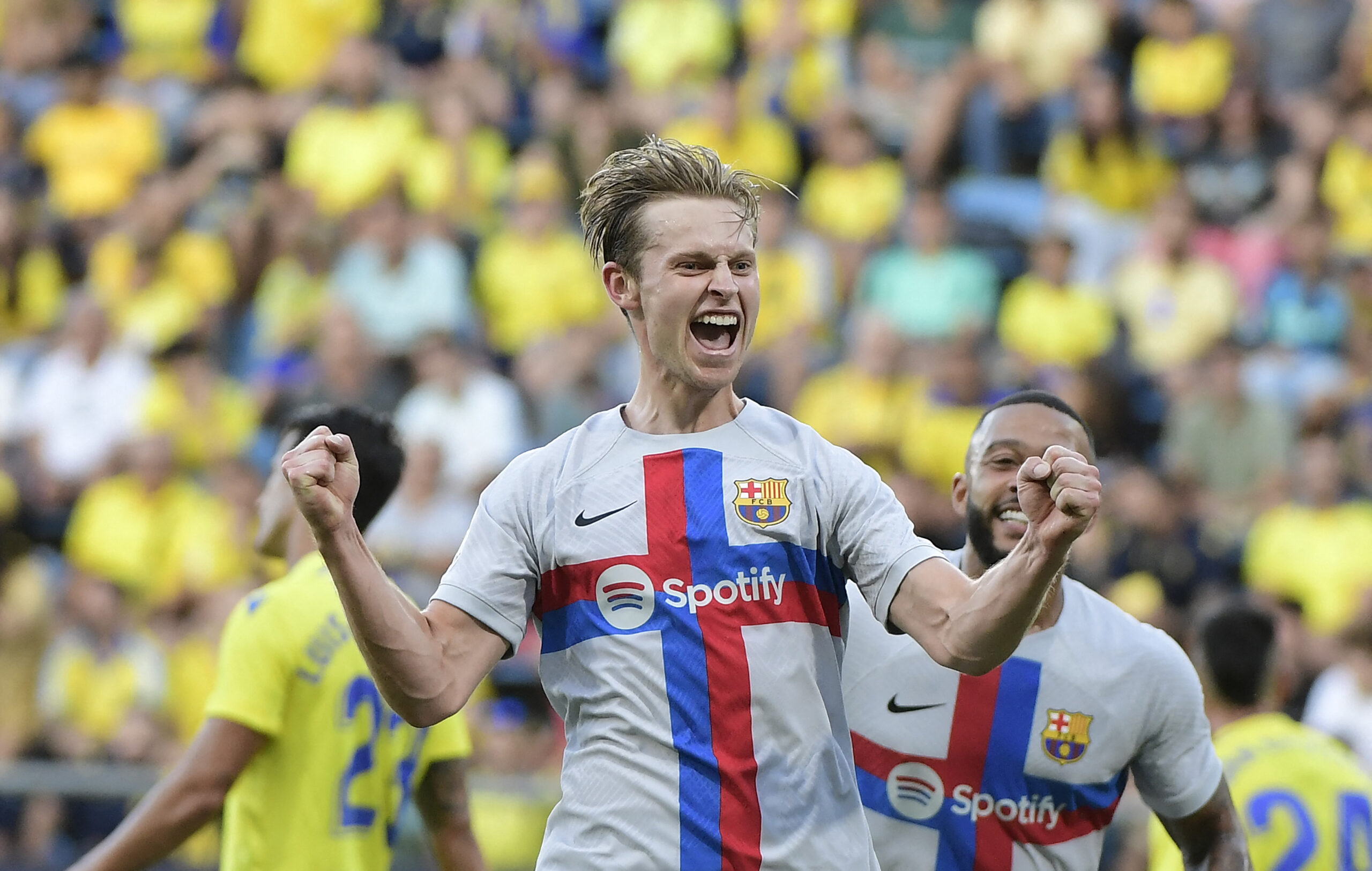 Barcelona midfielder Frenkie de Jong hasn’t recovered from his injury yet and will miss the trip to Inter Milan in the Champions League.

The Dutch midfielder sat out the weekend La Liga game against Mallorca through a thigh injury he sustained during the international break.

He was expected to recover in time for the game against Inter, but is not ready, with Xavi leaving him out of the squad for the trip to the San Siro.

Despite De Jong’s absence, Barca have plenty of options in the midfield, including Sergio Busquets, Gavi, Pedri and Franck Kessie.

Highly-rated academy prospect Marc Casado, who was on the bench against Mallorca, has also made it to the squad.

The Catalan giants extended their winning streak to six games in La Liga following a 1-0 win against Mallorca, with Robert Lewandowski scoring his ninth goal of the season.

They will look to carry the momentum against Inter, who are going through a lean patch this season.

The Nerazzurri suffered a disappointing 2-1 defeat to AS Roma over the weekend – their fourth loss in Serie A.

Simone Inzaghi is facing a race against time to save his job, and the result against Barca would have a big say on his future.

Barca had a night to forget in their previous away game in the Champions League, succumbing to a 2-0 defeat against Bayern Munich.