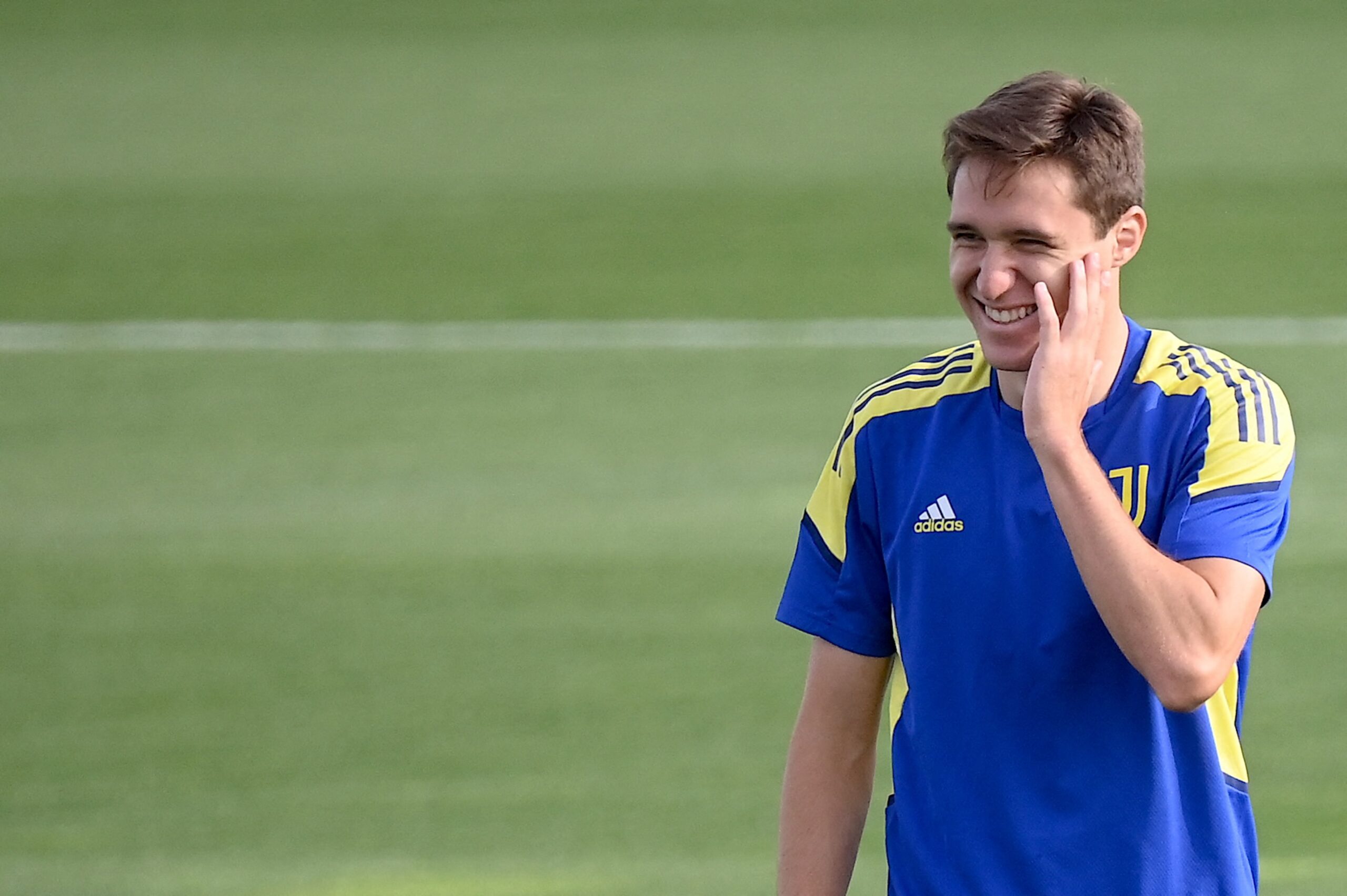 Juventus attacker Federico Chiesa has returned to partial training with the club after 271 days out with an anterior cruciate ligament injury.

The club announced Chiesa’s return ahead of their Champions League tie against Maccabi Haifa.

He was pictured smiling as he took part in some training sessions. After a lengthy spell on the sidelines, the player will slowly integrate into the first team.

Chiesa suffered his ACL rupture during Juventus’ 4-3 win over AS Roma in January. The injury kept the 24-year-old Italian international on the sidelines for the rest of the season.

Before his injury, Chiesa was in sterling form for the Bianconeri, with two goals and two assists in 14 league appearances. He alos netted two goals in the Champions League.

Chiesa was the club’s talisman, and they have missed his ability. Massimiliano Allegri will be happy to count on him once again.

Chiesa joined Juventus from Fiorentina in October 2020 on a two-year loan deal. Juventus paid a €3 million loan fee for the first season and €7m for the second season.

There is a conditional obligation for Juventus to buy for €40m plus €10m in add-ons and bonuses.

He has scored 18 goals and provided 14 assists in 61 appearances across all competitions.

Despite a shabby output before signing for Juventus, he began to take steps towards being a complete player. He added goals and assists in Turin to his remarkable play before his injury setback.

Juventus and Allegri will hope that Chiesa’s return sparks a turnaround in the club’s fortunes after a poor start to the season.

The Old Lady beat Bologna this weekend to climb to seventh in Serie A. However, the win merely papered over cracks.

Before that, Juventus were in mid-table mediocrity with no wins in six. They will hope that the result against Bologna and the return of Chiesa can give them the boost they need to power up the table.

Juventus have some damage to repair in the Champions League after losing their first two ties to Paris Saint-Germain and Benfica.

The game will be too soon for Chiesa, who has only returned to partial training. However, he could make the bench for next weekend’s league game against reigning champions AC Milan.