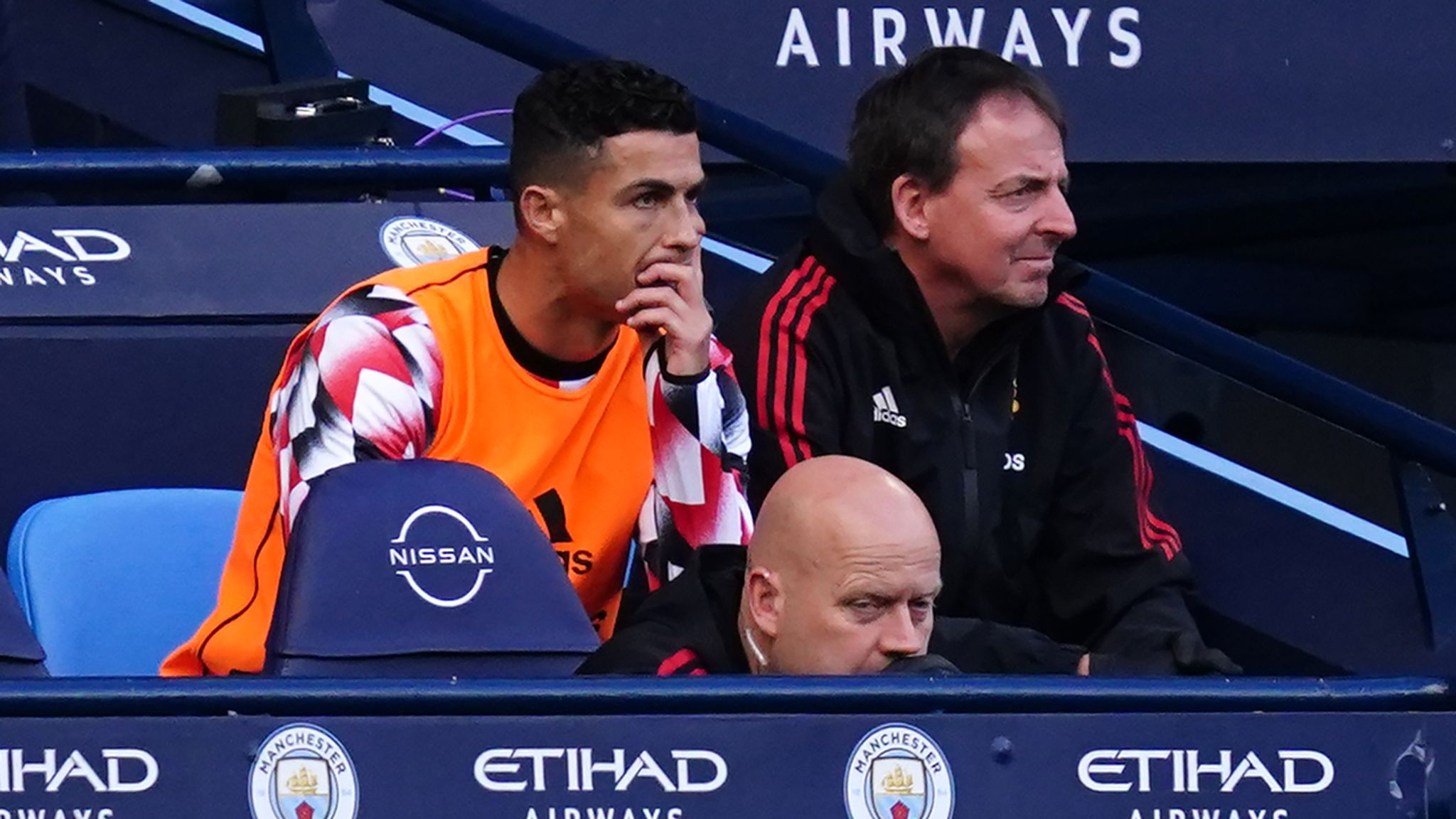 The Telegraph reports that the 37-year-old is eyeing an exit from Old Trafford, and Erik ten Hag will not stand in his way if a suitable offer arrives.

Ronaldo was left out of the Manchester derby where United fell 6-3 to Manchester City. Ten Hag started Marcus Rashford up front before replacing him with Anthony Martial, who just returned from injury.

The Dutch manager said he decided to omit Ronaldo ‘out of respect for his career‘ – a remark which irked the club’s former captain Roy Keane. He accused United of disrespecting the five-time Ballon d’Or winner.

Ronaldo watched from the bench as his side capitulated in the crunch game, and it is understood that he is hoping to leave the club in January.

Watching from the sidelines has been the theme of Ronaldo’s season to date. His only Premier League start came in the 4-0 humiliation at Brentford, with Ten Hag often preferring the rejuvenated Rashford.

Ronaldo’s form has also done little to convince Ten Hag that he deserves a start having scored just one goal in all competitions this season.

The former Real Madrid man has failed to score from open play since the draw against Chelsea towards the end of last season, whereas Rashford has repaid his manager’s faith with three goals and two assists.

The Portugal striker was heavily marketed by his agent Jorge Mendes last summer, but United blocked his exit as they were not keen to see him leave after just one season.

Ronaldo wanted to join a club that could offer him Champions League football, but his only concrete proposal reportedly came from Saudi-based club Al Hilal.

Ten Hag was also keen on keeping Ronaldo when he first took over, but he has since taken a more relaxed stance over his future after the striker made it clear he wanted to leave.

Ronaldo has remained professional despite his unhappiness, but he will be hoping his situation improves with the World Cup just over a month away.

His contract expires next summer, but United have an option to extend it until 2024. However, barring any dramatic upturn in his playing time, he will resume his search for a new club in January.