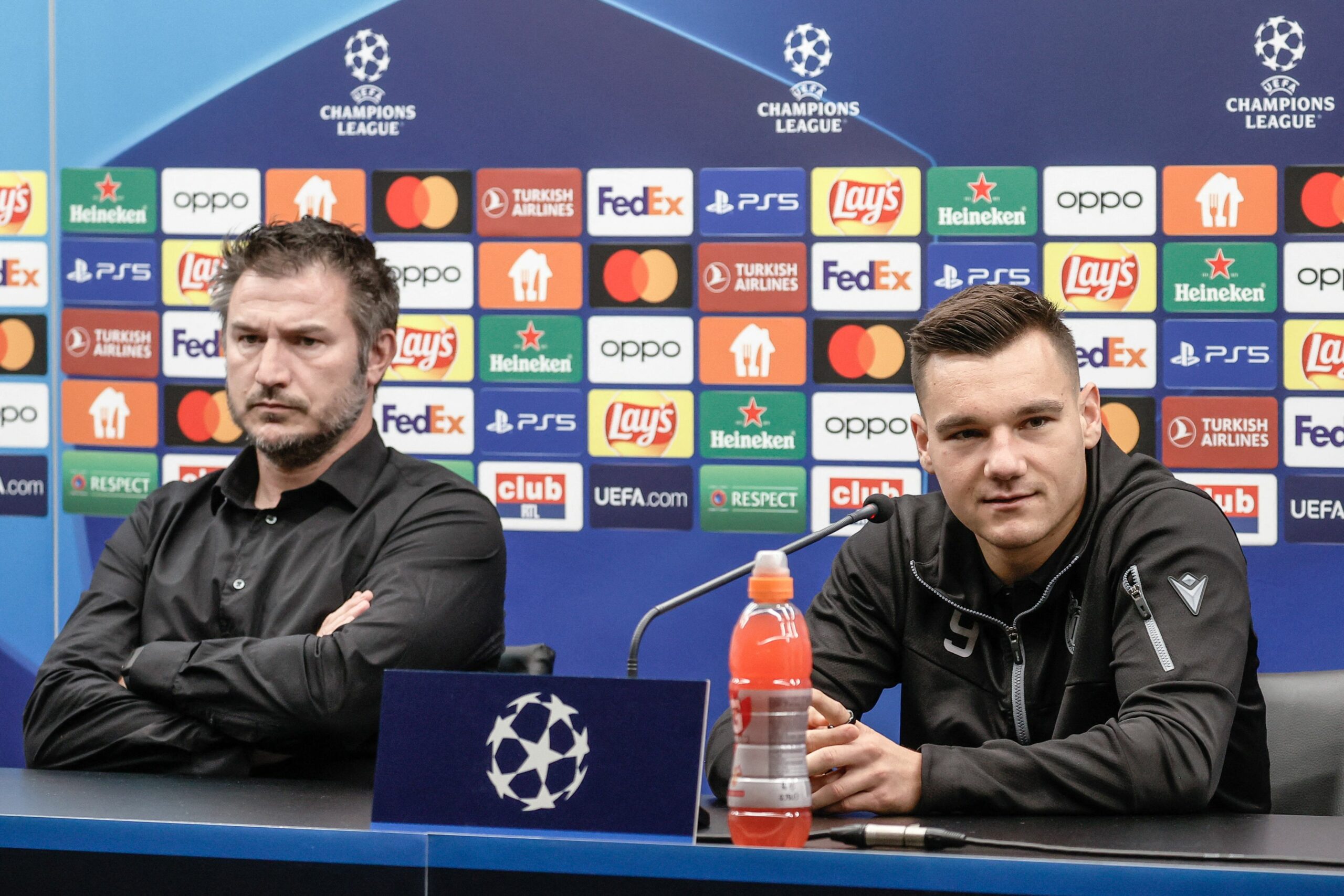 Club Brugge head coach Carl Hoefkens has hailed Atletico Madrid manager Diego Simeone as one of the greatest coaches ahead of tomorrow’s game between the two sides in the Champions League.

Brugge are looking to consolidate their spot on top of Group B. The Belgian club have taken all six points in their two games against Bayer Leverkusen and FC Porto.

Standing in their way are Atletico. Los Colchoneros will want to respond after a defeat at the hands of struggling Leverkusen in the last round of games.

Speaking in a press conference ahead of the tie (via Mundo Deportivo), Hoefkens praised Simeone’s abilities.

“He is one of the greatest coaches of recent years,” he said. “It has been (Sir Alex) Ferguson in England and Simeone in Spain.

“We don’t have the same style of play, we have differences in that, but I have a lot of respect for his ability to transform an entire team.”

The 43-year-old became Brugge manager after Alfred Schreuder left for Ajax. He was full of praise for his opponents, comparing them to bullfighters.

He acknowledged that it would be a challenge to play ‘against a huge team’ that ‘always gets through the knockout rounds’.

However, he insisted his side would not show that much respect to Atletico.

“We can’t keep in our heads all the time that this is a challenge – tomorrow, let’s play,” he said.

Hoefkens revealed that Andreas Skov Olsen, Clinton Mata and Dedryck Boyata are out for the tie. He waxed lyrical about the club’s revelation player Ferran Jutgla who has lit up the Belgian Pro League.

The former Barcelona player already has six goals and three assists in ten league games. Jutgla also scored in the Champions League against Porto after winning and dispatching a penalty.

“I had seen a lot of Ferran’s games before he signed with the club, so I knew his qualities,” said Hoefkens.

“Normally, you have to be patient with players like that, but Ferran’s adaptation has been very fast because they have the Brugge DNA. No sweat, there is no glory.

“It’s very difficult to find players like him, who do whatever it takes to score.

“He is also very nice in the locker room. Everyone likes him, and that’s very important too.”