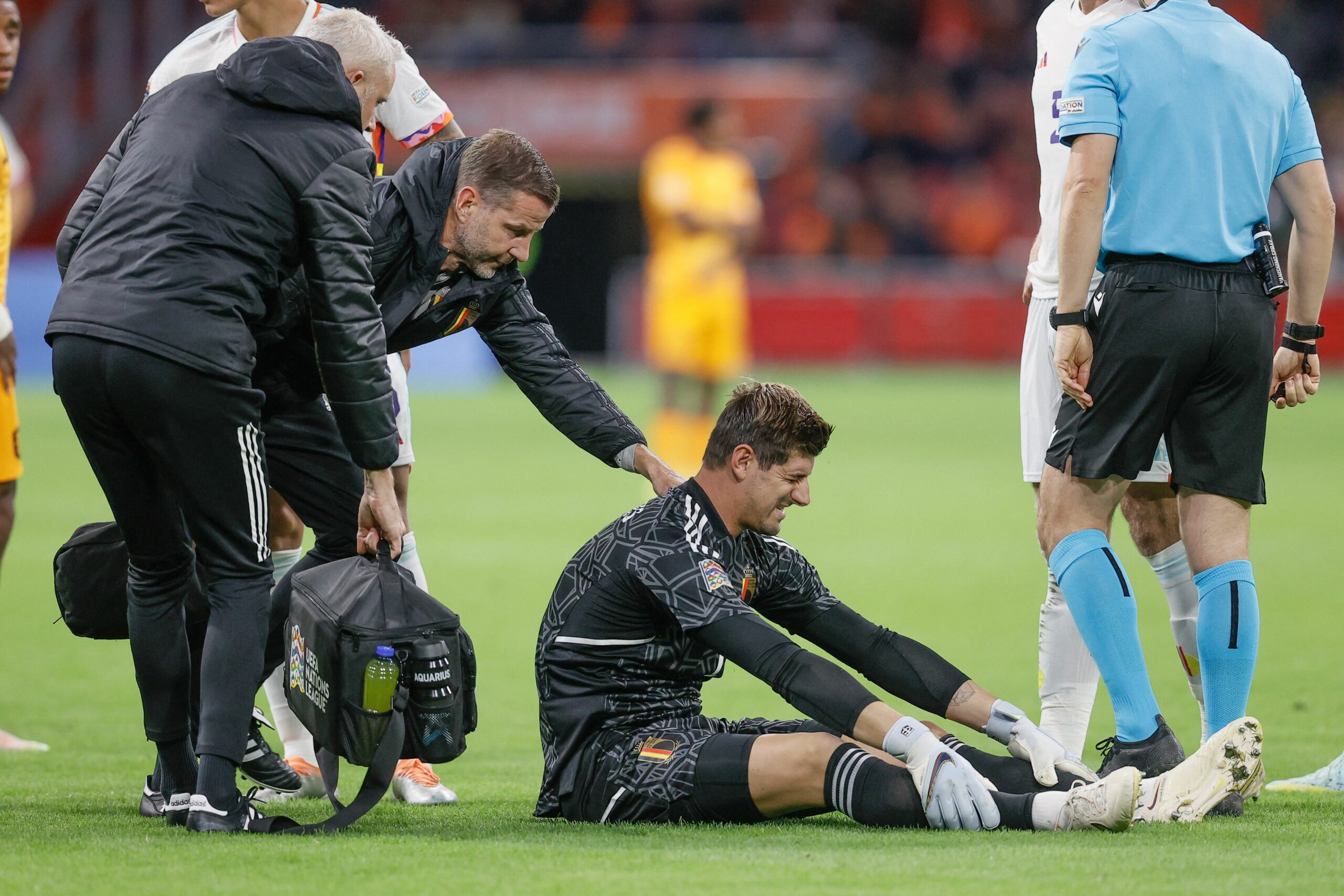 Real Madrid have suffered a big blow as Thibaut Courtois has picked up an injury and will be sidelined for some time.

The Spanish giants confirmed the news on their website: “After the tests carried out on our player Thibaut Courtois by the Real Madrid Medical Services, he has been diagnosed with left sciatica. Pending evolution.”

Courtois has started all La Liga and Champions League matches for Madrid this season, with Carlo Ancelotti’s side winning all of them.

However, they have managed to keep only three clean sheets in nine matches across all competitions.

The 30-year-old is widely regarded as one of the best goalkeepers in world football and his injury will be a big blow for Los Blancos.

However, the good news for fans is that he is expected to make a recovery in time for El Clasico, as per reports from COPE.

Andriy Lunin is expected to play in the upcoming league match against Osasuna.

Courtois is one of the best goalkeepers in the world

Madrid signed Courtois from Chelsea in 2018 in a deal worth around £35 million.

Despite enduring a rocky start at the Santiago Bernabeu, he settled in soon in the Spanish capital and has played a key role in their success.

The 30-year-old has made 190 appearances across all competitions with 77 clean sheets to his name.

He played a crucial role in helping Madrid win the La Liga title and the Champions League trophy last season.

Courtois is highly rated for his agility and quick reflexes while he excels in one-on-one situations.

He is also very good in the air due to his size and imposing physique.