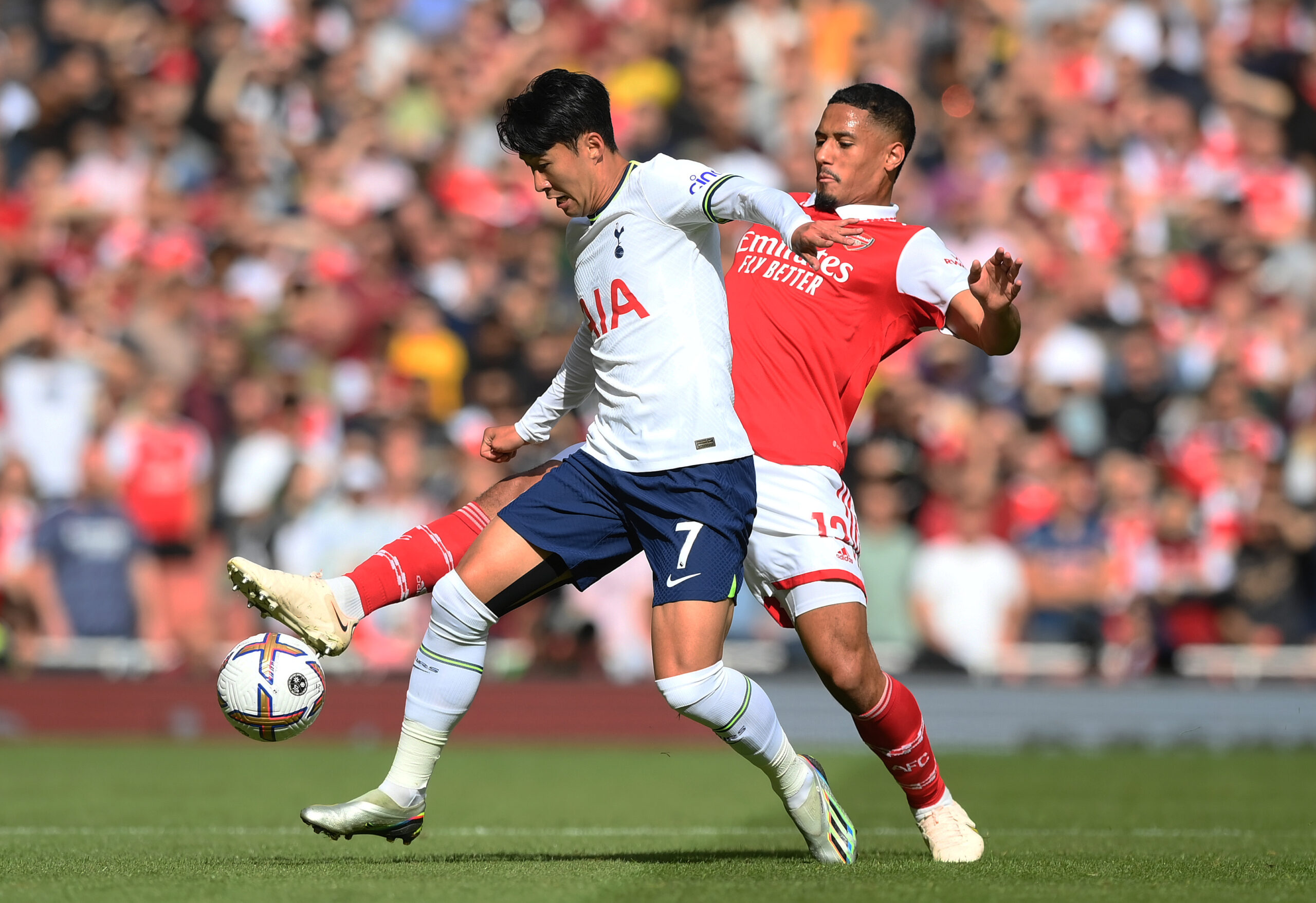 William Saliba has been spectacular for Arsenal this season in the Premier League.

The 21-year-old was at his best against Tottenham Hotspur as he gave a standout performance to help his side win 3-1 at the Emirates Stadium on Saturday.

The hosts took the lead in the 20th minute through Thomas Partey but Harry Kane soon scored the equaliser before the interval.

The Gunners dominated the second half as Gabriel Jesus and Granit Xhaka struck a goal each to register a superb victory.

Mikel Arteta’s side are now four points clear at the top of the league table, with Manchester City yet to play this weekend.

Saliba enjoyed one of his best matches as he did incredibly well to restrain Kane and Richarlison.

The centre-back made three tackles and three clearances in the game. He had 79 touches and completed an incredible 95.8 percent of his passes (as per WhoScored).

The young defender was playing in his first north London derby but he was calm and composed throughout the match.

Saliba is an excellent signing

The Gunners splashed £27 million to secure Saliba’s signature in 2019, beating off competition from rivals Tottenham.

Following an impressive 2021-22 loan spell at Marseille, the Frenchman is now enjoying a breakthrough season.

He has started all eight Premier League matches and has been impressive with his performances.

The 21-year-old centre-back will only get better over the coming years.