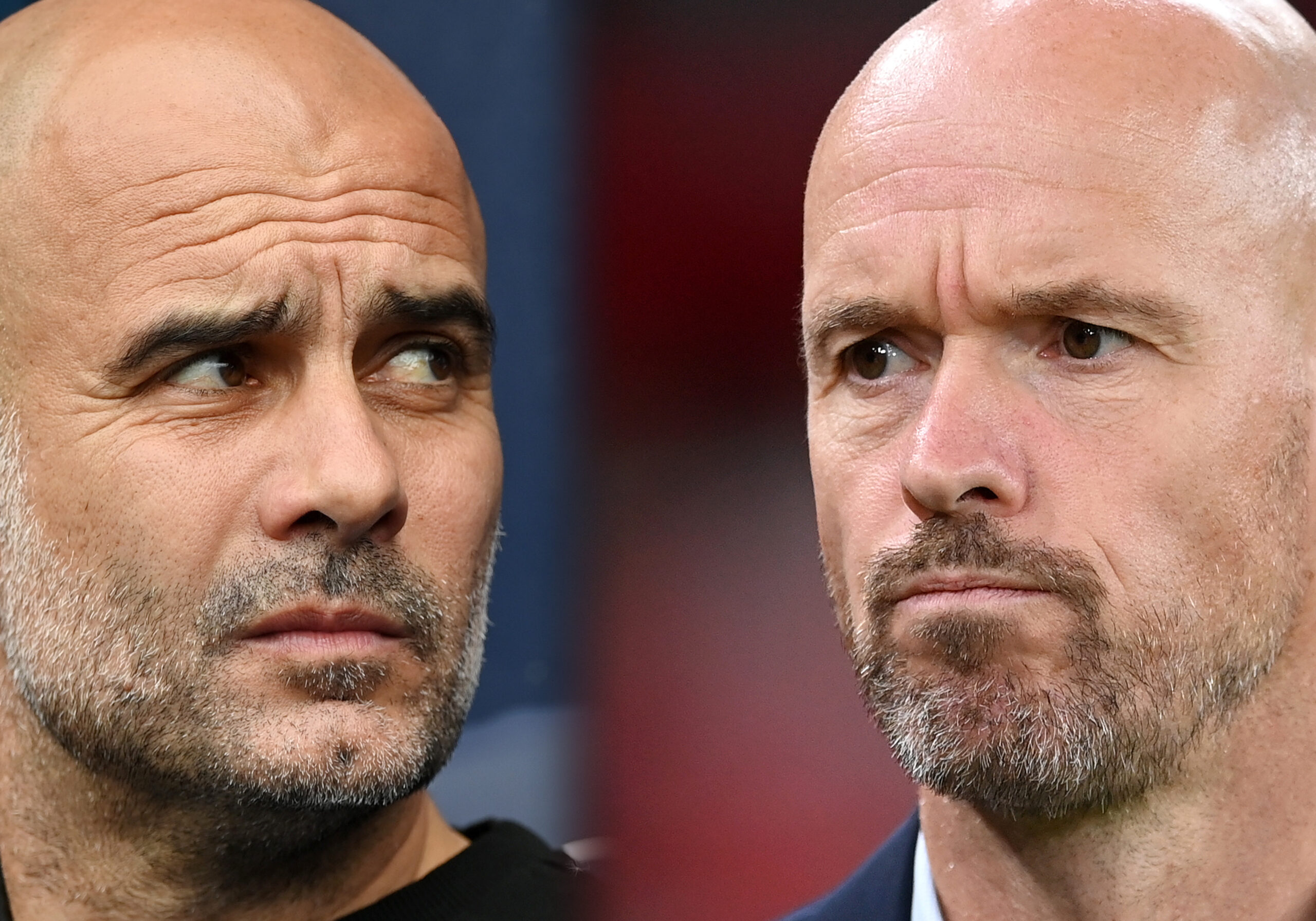 The Etihad Stadium forms the backdrop for the 51st Premier League showdown between Manchester City and Manchester United.

Sunday’s Manchester derby pits the two in-form sides against each other in one of the most highly anticipated fixtures on the Premier League calendar.

Man City’s title defence has been off to a flyer. They headed into September’s international break as one of only two teams in the top flight yet to lose a single league game this season (W5, D2).

Pep Guardiola’s men outclassed Wolverhampton Wanderers through and through during a 3-0 win at Molineux Stadium on the stroke of the international break to stay within touching distance of Arsenal.

With just one point separating the two sides ahead of the kick-off, Man City’s potential derby win, combined with the Gunners’ failure against Tottenham Hotspur, would fire the Cityzens to the summit.

However, visiting Man Utd may have a thing or two to say about their cross-town rivals’ bid to leapfrog Arsenal after stringing together four Premier League victories.

Erik ten Hag’s managerial reign at Old Trafford had suffered a stuttering start as the Red Devils lost their opening two league matches, but much has changed between then and now.

In an interview with the Daily Mail, the Dutchman insisted he has zero regrets about taking the Man Utd job instead of waiting to see how Guardiola’s career at the Etihad would pan out.

Ten Hag will be out to not just live up to his statement but become the first manager since Sir Alex Ferguson to win his first Manchester derby as a Red Devils tactician.

Man City eased past Man Utd in both last season’s Premier League meetings, claiming multi-goal margin wins on each occasion and could beat them three times in a row for the first time since 2014.

Guardiola’s enthusiasm ahead of this fixture must be bursting at the seams after his men won their last seven home league outings, netting at least three goals in each.

Free-scoring Erling Haaland will be under the spotlight in his maiden Manchester derby appearance. The Norwegian has been too hot to handle this term, tallying 11 goals from just seven league matches.

Man Utd’s four-game winning top-flight streak could extend to five for the first time since April 2021 if they can keep their lead in the overall Premier League H2Hs (W24, D9, L17).

Antony’s arrival from Ajax in the final days of the summer has already started to pay the dividends, as the Brazilian scored on his debut to help the Red Devils sink Arsenal 3-1.

But ten Hag’s protege alone won’t be enough to improve Man Utd’s sub-par scoring average of 1.33 goals per league game, as they need superstar forward Cristiano Ronaldo to hit his stride after a slow start.

Man City vs Man Utd, alongside all other fixtures in England’s top flight, is available to watch online via Premier League live streams. And if you are interested in attending a future Premier League game, check our Premier League tickets page for more information.

There’s no doubt who the favourite is, but Man City can ill-afford to underestimate ten Hag’s crew if they’re to maintain their unbeaten league start.

Both sides have more than enough firepower up front to create all sorts of problems for each other as we expect a high-scoring share of the spoils to be the order of the day.