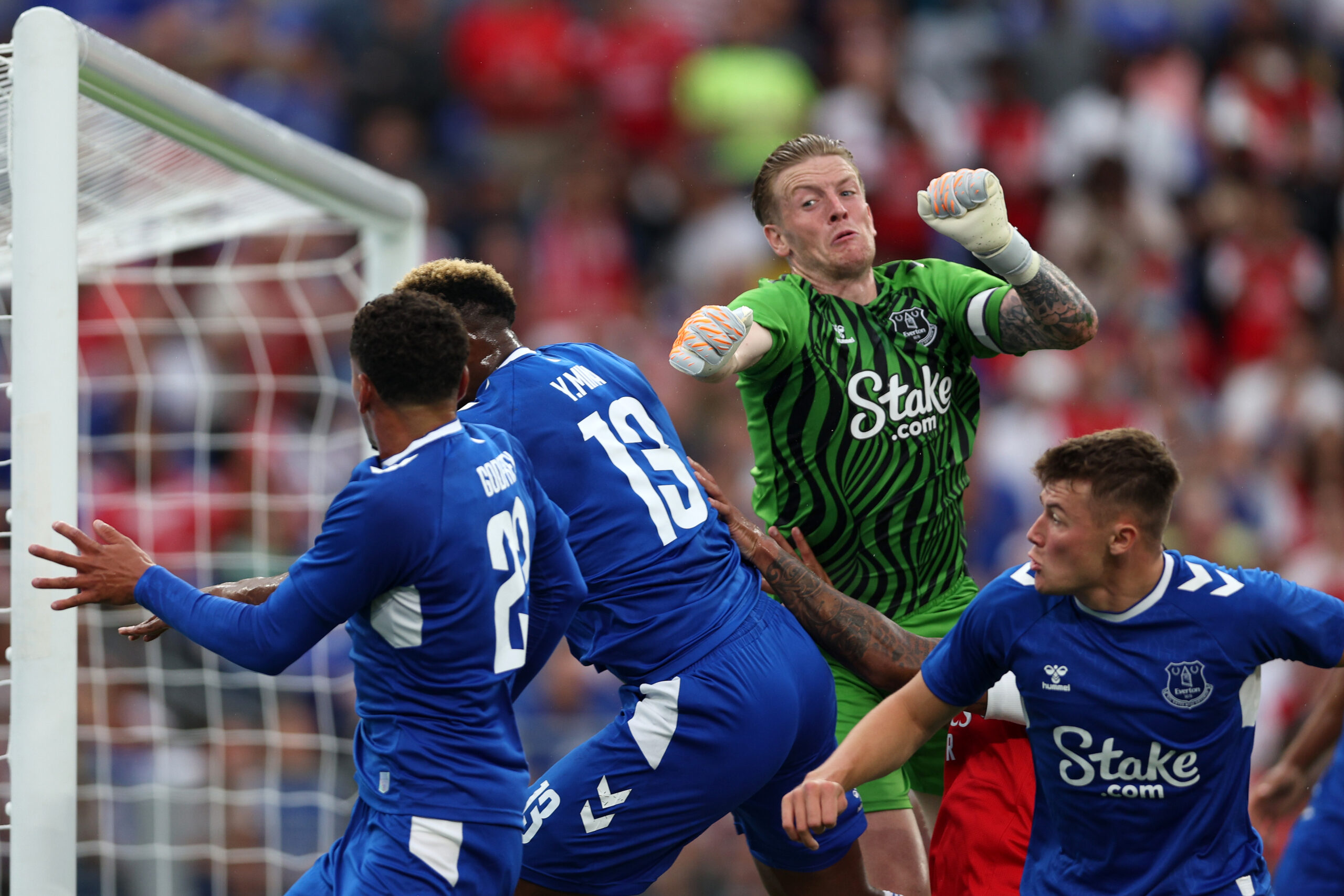 Conor Coady raved about Jordan Pickford after Everton registered a 2-1 victory at Southampton.

The 28-year-old produced a masterclass to help his side to their second successive win in the Premier League.

The two teams failed to score in the first half, but Joe Aribo broke the deadlock with a fine left-footed finish in the 49th minute.

The Toffees reacted strongly to that as Coady netted the leveller before Dwight McNeil quickly added another with a fierce shot.

Pickford had no chance with Aribo’s goal, but he made crucial saves to play a hugely important role in Everton’s victory.

The goalkeeper denied Adam Armstrong, while Stuart Armstrong and James Ward-Prowse also failed to beat him.

Coady praised the England international after the game, insisting he is an ‘outstanding keeper.’

He said (as per BBC Sport): “He’s top-drawer – I’ve spoken about him a million times even before I’ve come to the club, about how incredible a keeper is.

“When we lose him, he’s a massive miss – when Asmir Begovic came in he did fantastic, but you saw what Jordan brought today, he’s an outstanding keeper and long may that continue for us.”

Coady is spot on about Pickford

Coady is correct that Pickford is an outstanding goalkeeper.

Everton were in massive trouble last season when they were fighting for survival in the Premier League.

They were in the relegation zone after losing 2-0 against Liverpool in April. However, their survival chances received a massive boost after victories over Chelsea and Leicester City in May.

Pickford was the standout performer in both games as he made several crucial saves for his team.

The 28-year-old started the first six league matches for the Toffees this season. However, he missed the West Ham United match due to a thigh problem.

The same injury also kept him sidelined for England’s recent fixtures in the Nations League.

However, Everton fans will be delighted to see that he has fully recovered and is back to his best.