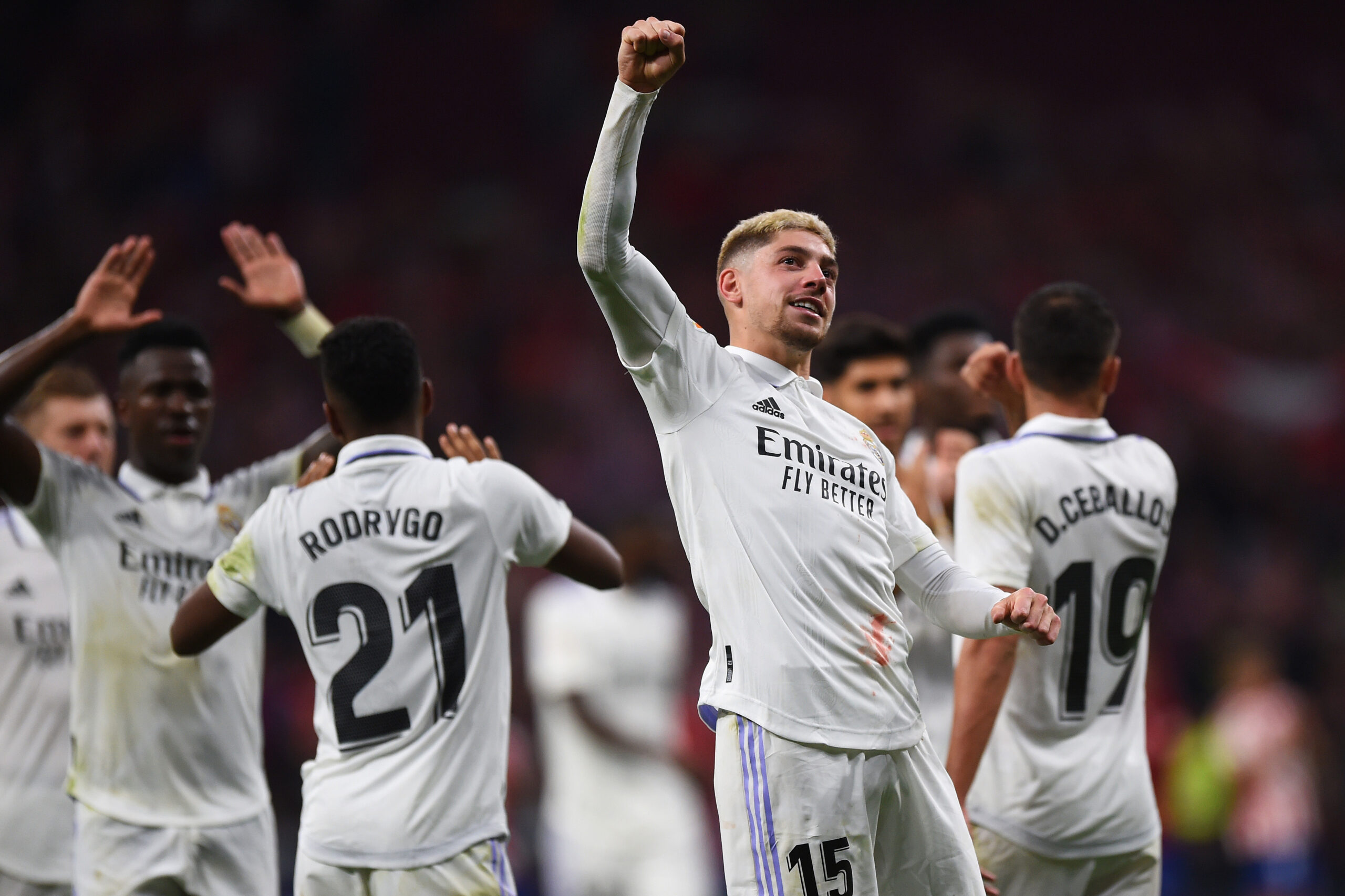 In September, the Uruguayan international midfielder assisted the winner for Madrid in the game against Real Betis. He got the equaliser against Real Mallorca eight days later.

A week later, Valverde scored the winner in the derby against Atletico Madrid. It was the last game before the international break.

The 24-year-old has been in the form of his life this season, scoring four goals and assisting two for Los Blancos.

Valverde’s boundless energy and versatility have been vital for Madrid.

Madrid boss Carlo Ancelotti said (via ManagingMadrid): “What was strange last year was that he only scored one goal. In the Super Cup, I think.

“If you can’t get a player like that to score at least ten goals in a season, then you should rip up your coaching badge and retire. Because he has a rock of a foot.

“Tonight he took the shot with his left foot. I’ve never seen him shoot like that with his left, so it shows he is confident in his abilities – and he has a lot of abilities.

“He’s more than just energy. But to say he is best in the world in his position, we might have to wait a little longer.”

The Italian boss also branded the young midfielder as a leader and hugely important to the squad.

Valverde will receive his Player of the Month award ahead of Madrid’s game against Osasuna this weekend. Madrid will look to consolidate their place at the top of La Liga against the Little Reds.