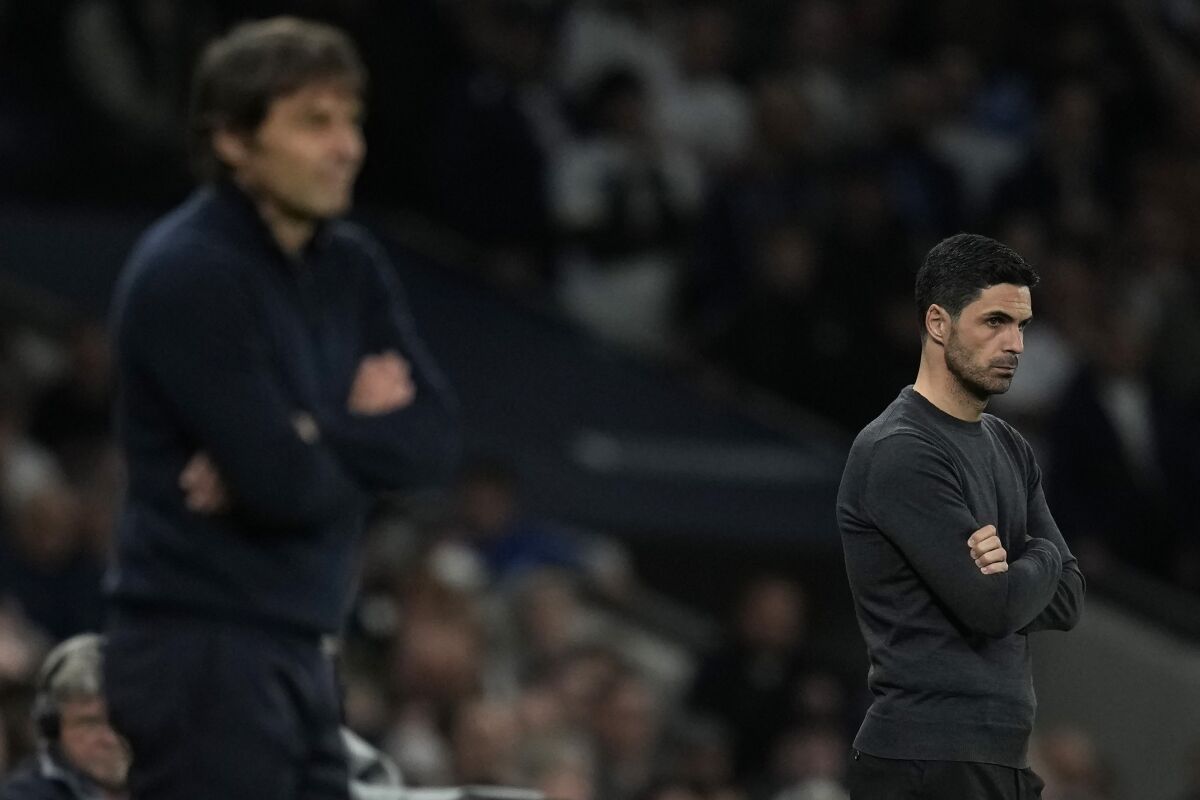 The Premier League returns following the international break with Arsenal set to lock horns with Tottenham Hotspur in a blockbuster north London derby on Saturday.

Spurs will travel to the Emirates Stadium to take on the Gunners in the opening game of what is set to be an action-packed October period.

Arsenal have only been beaten by Manchester United this season and they responded by recording victories over FC Zurich in the Europa League and Brentford in the EPL.

Mikel Arteta has Arsenal fans dreaming of a potential title challenge this season as they have not lifted the coveted trophy since their memorable 2003/04 campaign.

After the setback against United, the north London derby will present another chance for Arsenal to prove they have what it takes to compete with the big teams this term.

Antonio Conte’s men are yet to suffer defeat in the Premier League. Their only loss this campaign came at Sporting CP in the Champions League.

But they responded by recording their seventh home win in a row with an emphatic 6-2 victory over an embarrassing Leicester City before the international break.

It will be tricky for Conte’s side to carry their impressive form to the Emirates following the drama with the international games. But the Italian manager will ask for nothing less from his players.

Arsenal went into the international break one point clear of the visiting Spurs and Manchester City after beating Brentford 3-0 thanks to goals from Fabio Viera, William Saliba and Gabriel Jesus.

Despite losing their only big six-tie so far, the Gunners have impressed fans and pundits alike with their dominating displays on the pitch.

Arsenal have won each of their last six Premier League home games since their 2-1 loss to Brighton & Hove Albion last season.

But they may struggle to keep Conte’s fierce attacking trio at bay, having conceded at least one goal in all six games.

Playing for pride and purpose, Spurs will be desperate to hang on to their impressive unbeaten run.

Heung-min Son will be looking to ride on his astonishing 13-minute hattrick against Leicester City after facing countless calls from fans to be dropped.

However, the spotlight will be on Harry Kane, who has surpassed Bobby Smith and Emmanuel Adebayor to become the highest goal scorer in the north London derbies.

Spurs’ away record will be a concern for Conte as the Lilywhites have won just two of their last seven away matches.

They have also faced difficulties coming away from the Emirates with maximum points, having failed to win any of their last 11 north London derbies on the Gunners’ territory.

Arsenal vs Tottenham Hotspur, alongside all other fixtures in England’s top flight, is available to watch online via Premier League live streams. And if you are interested in attending a future Premier League game, check our Premier League tickets page for more information.

Arsenal’s lack of clean sheet bodes well for Conte’s free-scoring side, but Spurs’ struggles at the Emirates should also be taken into account.

Whether or not they can muster a performance to break their unwanted away record, both sides may have to settle for a draw that would see Spurs keep their unbeaten run but put Arsenal’s league position in jeopardy.