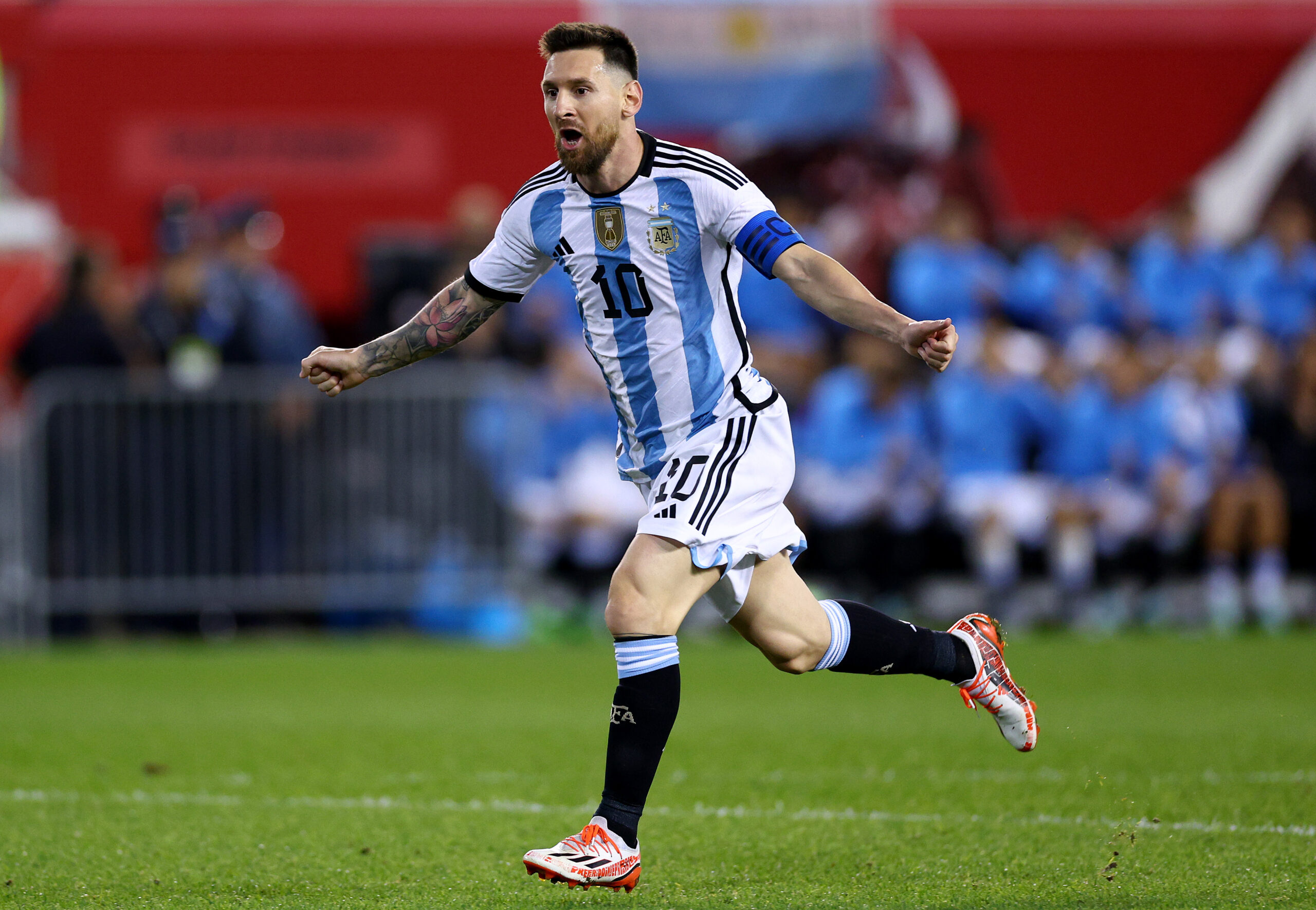 Lionel Messi continued his rich vein of form by scoring a sensational brace as a substitute to help Argentina defeat Jamaica 3-0.

The Argentine skipper started on the bench because of minor health issues, with Julian Alvarez replacing him in the starting XI.

The Manchester City forward opened the scoring inside the opening quarter, assisted by Lautaro Martinez.

Messi came off the bench around the hour mark and what followed was extraordinary. The Paris Saint-Germain superstar scored back-to-back goals during the final minutes to help La Albiceleste continue their impressive winning streak.

The first one was a brilliant strike from outside the box, and he followed it by a sensational free kick from the edge of the box, sending the ball underneath Jamaica’s wall.

The 35-year-old has been in terrific form this season, leaving behind his struggles in his debut season in Ligue 1 last term.

He has netted six goals and eight assists in 11 games for PSG and now bagged consecutive doubles in September’s international break against Honduras and Jamaica.

The victory against the Jamaicans extended Argentina’s unbeaten run to 35 games, and Lionel Scaloni’s men will enter the World Cup 2022 in November as firm favourites.

Messi, who has now scored 90 international career goals, will look to carry on his exceptional form upon returning to PSG, who will face Benfica in the Champions League next week.

Les Parisiens sit at the top of the Ligue 1 table, while they have also won their Champions League games against Juventus and Maccabi Haifa.