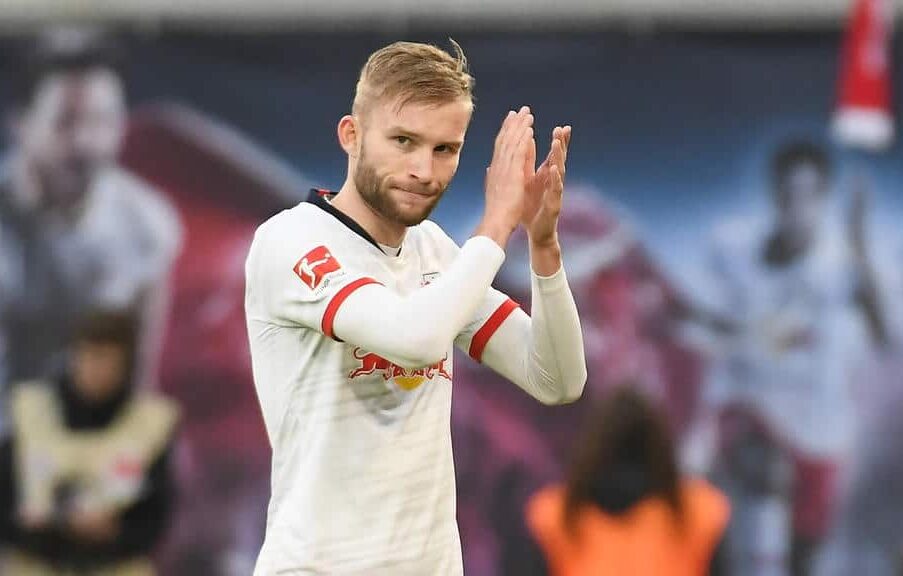 RB Leipzig midfielder Konrad Laimer came very close to joining Bayern Munich during the transfer window, but the move did not materialise.

Die Roten Bullen were steadfast in their valuation of the player, and the Bundesliga champions did not want to match their price as Laimer only had a year left on his contract.

Bayern had agreed personal terms with Laimer but then cooled their interest in the Austrian in favour of handing Marcel Sabitzer, who also joined Die Roten from Leipzig, more playing time.

Laimer claimed he was happy to remain at Leipzig at the time but has now revealed he wanted to join his former manager Julian Nagelsmann at the Allianz Arena.

Speaking to ServusTV, Laimer said: “I would have been ready to take the step in the summer. It was very close, but the go-ahead from Leipzig did not come.

“On the one hand, it’s nice because I’m an important player. On the other, it is also difficult because you think a lot. But I resigned myself to it. It just goes on.

“One of the best clubs in the world does not knock every summer either. But you can’t change it anyway. I prefer to focus on the here and now. If you worry too much, you lose sight of the most important things.”

Laimer is set to miss at least six weeks of action after undergoing surgery on an injury he picked up in his side’s 3-0 win over rivals Borussia Dortmund.

Speaking on his injury, the Austrian added: “It takes at least eight to ten weeks. In the first round, it will be difficult to stand in place again.

“That’s why it’s important that I give myself the time to heal everything and do a good rehab so that I can fully attack again in January.”

His latest injury, coupled with Sabitzer’s resurgence this season, has put doubts over Laimer’s potential move to Bayern next summer.

The midfielder had informed Leipzig that he intends to join the champions when his contract expires at the end of the season, but it remains to be seen if Bayern will still be open to the move.