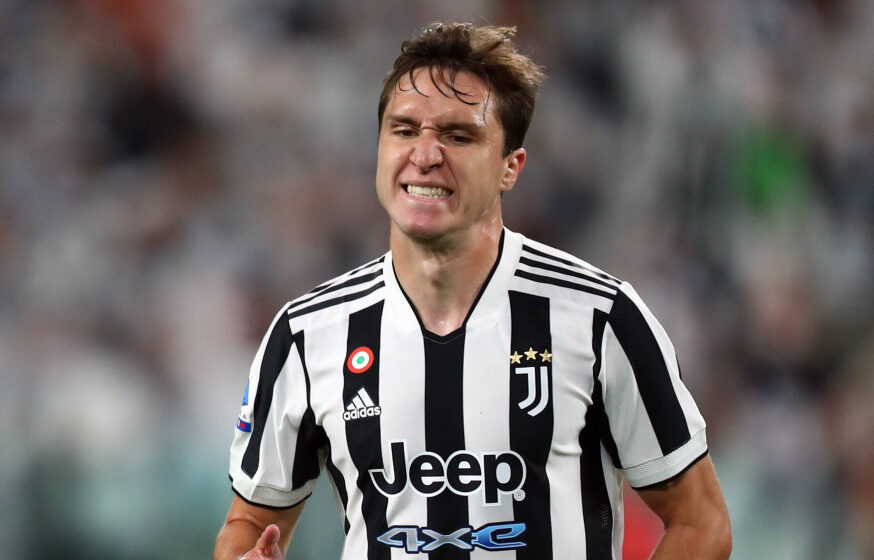 Juventus have been handed a welcome boost with Federico Chiesa set to return for the clash with AC Milan on October 8, according to Mundo Deportivo.

The Italian winger underwent surgery last January for an injury to the cruciate ligament in his left knee and will resume training with Massimiliano Allegri’s squad soon.

Chiesa has been out of action for over nine months after injuring his knee against AS Roma. His absence from the Bianconeri squad has undoubtedly been felt since then.

The Italian’s importance to Juventus is untold. The 24-year-old notched 15 goals and 11 assists in 45 games across all competitions in his debut season at the club.

His stock rose significantly following his stellar 2020 European Championship campaign with Italy. He scored twice in their run to the title.

Chiesa’s 2021/22 campaign got off to a slow start as he struggled with muscle fatigue. He scored just one goal in his first 12 games before being sidelined.

He returned for the game against Napoli and scored, then followed it up with an assist against AS Roma before rupturing his cruciate ligament.

Chiesa has worked towards getting back to fitness, although a minor setback in the summer delayed his return by a few weeks.

His comeback will be a significant boost to a Juventus team that has struggled this season.

Juventus are also set to welcome Paul Pogba back, with the midfielder close to rejoining first-team training after working on his fitness separately from the main squad.

Pogba picked up a medial meniscus injury in training for Juventus during their pre-season tour of the United States.

The Frenchman opted against surgery that would have seen him miss the World Cup. He chose conservative therapy instead.