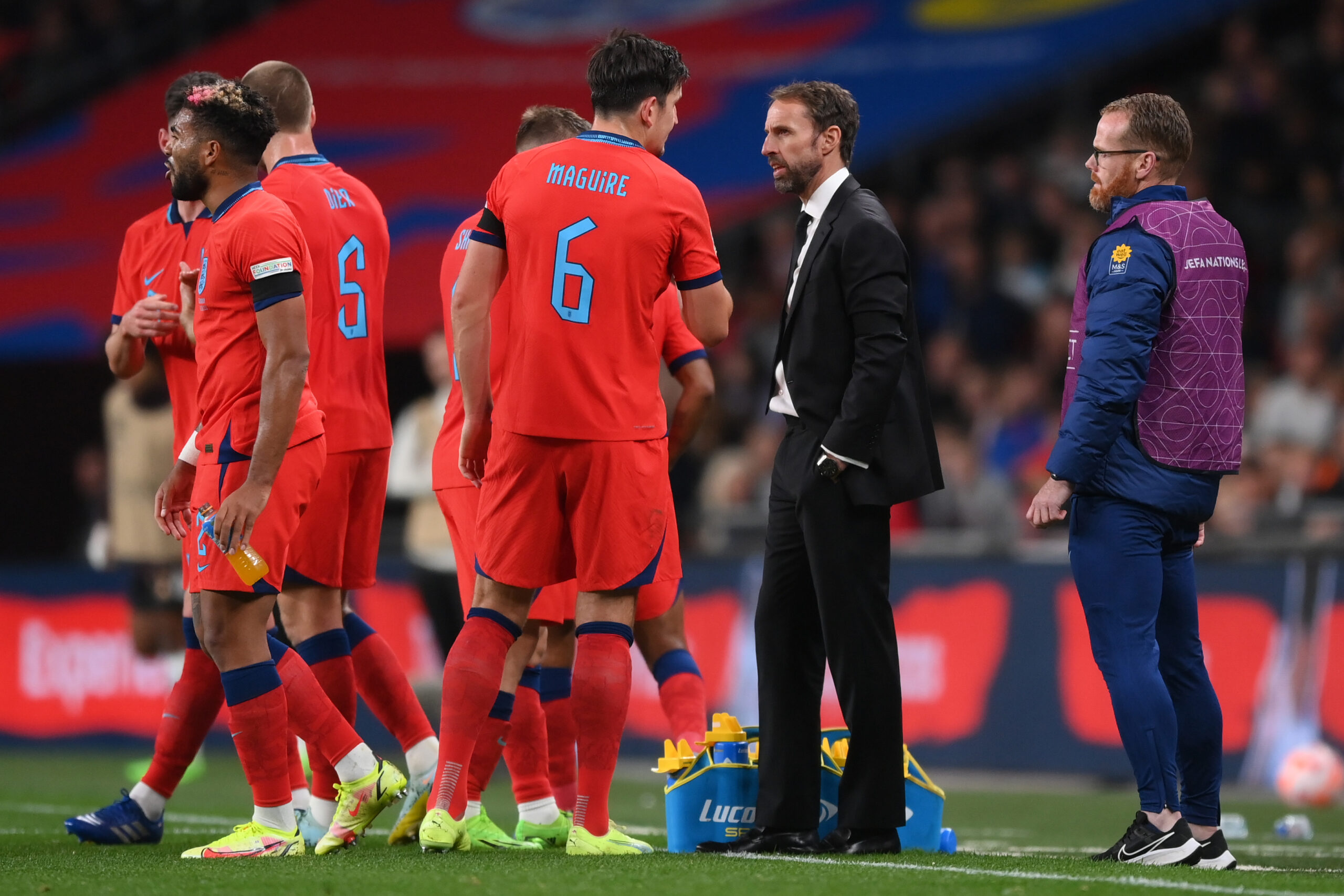 England ended their Nations League campaign with an entertaining 3-3 draw against Germany at Wembley Stadium on Monday.

After a scoreless first half, the visitors took the lead in the 52nd minute courtesy of an Ilkay Gundogan penalty.

Germany doubled their lead 15 minutes later when Chelsea forward Kai Havertz fired in a screamer from outside the box.

The introduction of Bukayo Saka and Mason Mount gave England a much-needed boost, and they soon clawed their way back into the game.

Luke Shaw halved the deficit in the 72nd minute before Mount netted to make it 2-2.

Harry Kane’s 83rd-minute penalty appeared to give England the win, but a late howler by Nick Pope allowed Havertz to level the game.

Nick Pope: Looked shaky with the ball at his feet. Should have done better with Germany’s third goal. Unlikely to start at the World Cup. 4.

John Stones: England’s best defender until forced off with a hamstring injury in the first half. 7.

Eric Dier: Had a couple of shaky moments but was otherwise solid in England’s three-man backline. 6.

Harry Maguire: Clumsily gave away the penalty for Germany’s opening goal. Another night to forget for the Manchester United defender. 4.

Reece James: Steady enough down the right flank. Easy to see why Southgate prefers him over Trent Alexander-Arnold. 7.

Luke Shaw: A mixed night for the Man United full-back. Played some excellent passes and got on the scoresheet, but also had several dodgy moments.

Jude Bellingham: England’s most creative midfielder. At the heart of the team’s best moves and should be a certain starter at the World Cup. 8.

Declan Rice: Neat and tidy alongside Bellingham but without the same level of flair. 6.

Phil Foden: Worked hard while he was on the pitch but created very little in the final third. 6.

Raheem Sterling: Should have scored twice in the first half. One of Southgate’s favourites but infuriating at times. 6.

Harry Kane: Led the line well and took his penalty with aplomb. Wasn’t helped by average performances from Foden and Sterling. 7.

Kyle Walker: Ever dependable when he replaced Stones. 7.

Bukayo Saka: Changed the game when he came on. Proved he isn’t a wing-back. 7.

Jordan Henderson: Came on as a late replacement for Bellingham. 6.