Barcelona make Bernardo Silva a priority target for next summer 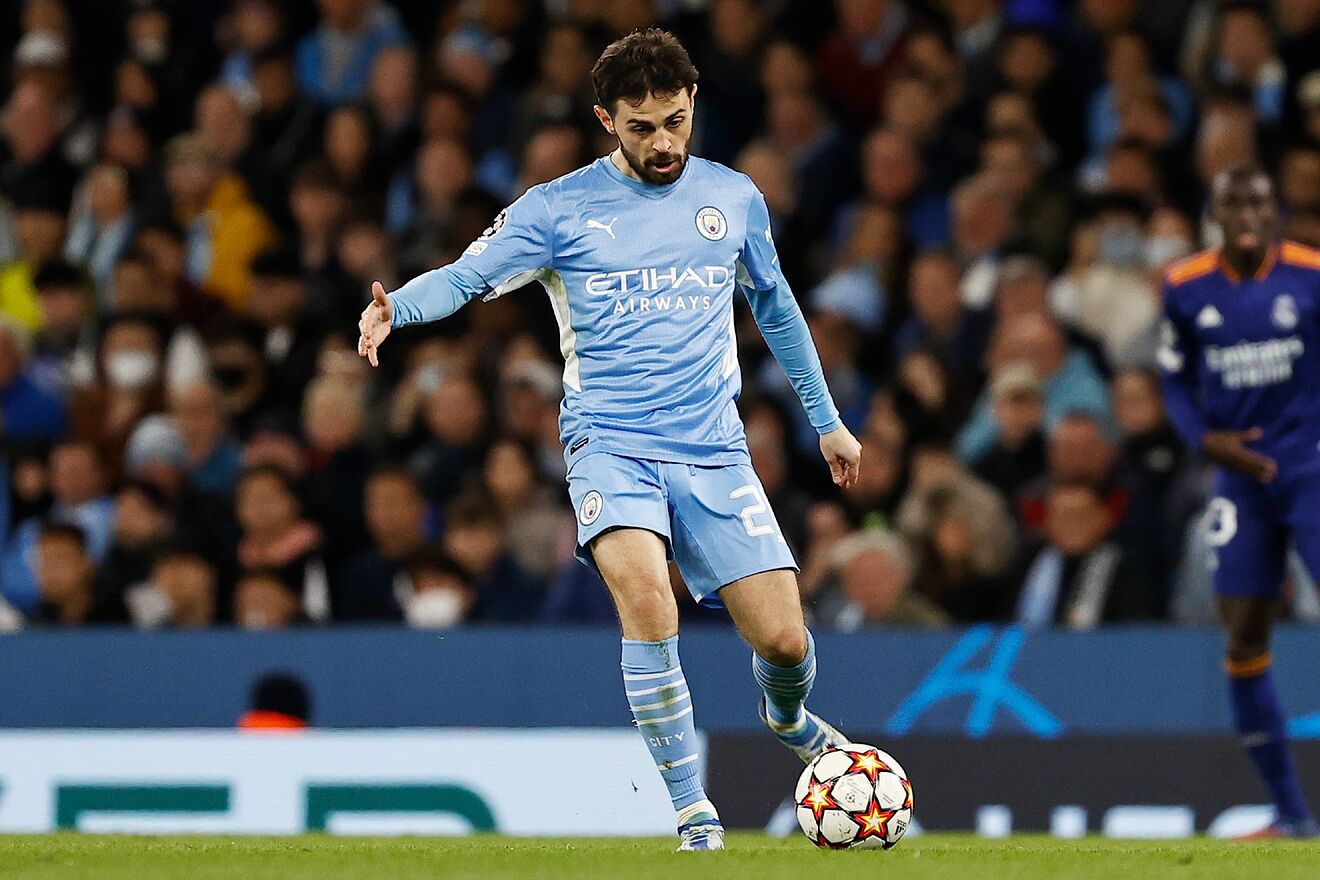 Barcelona’s pursuit of Manchester City’s playmaker Bernardo Silva lasted throughout the last transfer window, but a move did not materialise.

However, Mundo Deportivo reports that the Blaugranas are far from done in their quest to sign the Portuguese playmaker and will return next summer.

The Spanish giants have made the 28-year-old midfield maestro a priority target as Xavi looks to add maturity and precision to his midfield.

Silva’s fame has risen exponentially across Europe over the last two seasons after the former Benfica man managed to work out his troubles with City boss Pep Guardiola.

City consider him untouchable, especially as he has three years left on his contract, but Silva has refused to rule out a move to Spain despite admitting he is happy in England.

Barca were not the only club interested in Silva’s services last summer. Paris Saint-Germain saw a substantial bid knocked back as the Citizens deemed it insufficient to force them into a sale.

City made it clear they had no intentions to let Silva leave unless they received a bid of around €100 million.

Barca struggled to put together a bid, having splurged heavily in reinforcing other parts of their squad despite their financial problems.

The midfielder decided to remain at the Etihad Stadium a few days before the market closed as there was not enough time for City to find a replacement.

City’s stance on the player’s future has not changed, but Silva wants to play for Barca, and the Spanish club will return for his services next year.

But they will still need to sell an important player and substantially reduce their bloated wage bill.

Frenkie De Jong refused to leave during the transfer window despite interest from Chelsea and Manchester United.

He also refused a pay cut, so it remains to be seen how Barca will approach their move for Silva next summer.

Sergio Busquets has been tipped to leave Barca when his contract expires at the end of next summer, with the club already shortlisting possible replacements.

Jordi Alba also has one year left on his contract, and Gerard Piqué has to play 35% of the games this season for his contract to be automatically extended until 2024.

The spotlight will be on Silva when Portugal hosts Spain in their decisive Nations League Group A2 match tomorrow.

A draw will be enough for Silva’s side to secure a place in the Nations League finals, while nothing but a win will do for La Roja.