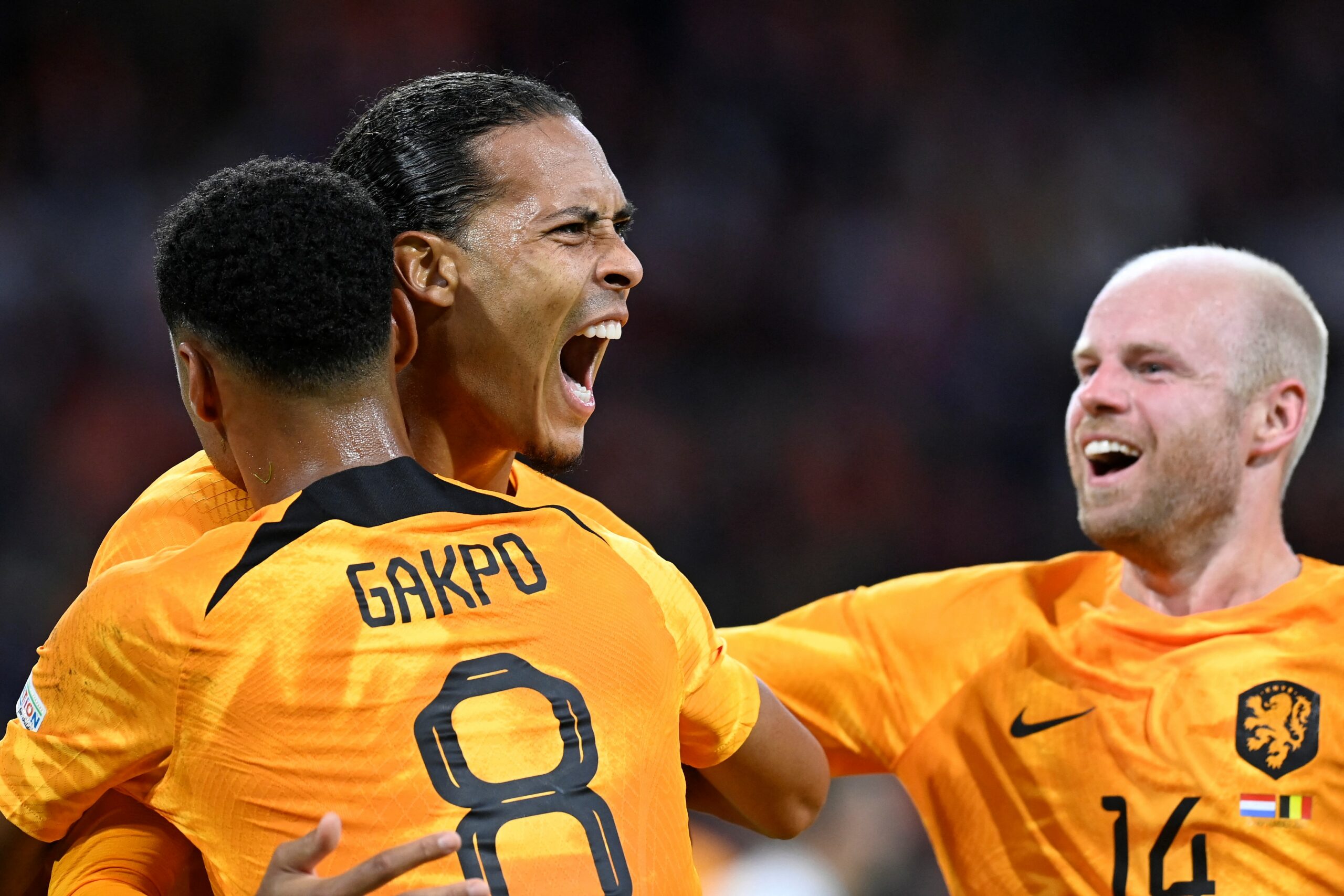 The Netherlands eked out a morale-boosting 1-0 win over Belgium on Sunday night to seal their progression into the Nations League play-offs in their final test ahead of the Qatar World Cup.

It was a mammoth task for FIFA’s #2 ranked nation from the beginning as they needed a victory of a three-goal margin to leapfrog their neighbours into the top spot in Group A4.

With head coach Roberto Martinez in the stands, Thierry Henry had an opportunity to lead De Rode Duivels for the first time, but the visitors’ performance was far from inspiring.

Following a 4-1 defeat in the reverse fixture back in June, the Belgians were out to claim their revenge, yet they did close to nothing to turn the tables.

But Belgium had the first chance of the match only five minutes in, though Eden Hazard’s wayward finish from the edge of the box failed to put the Netherlands goalkeeper Remko Pasveer to the test.

Henry’s boys continued to apply the pressure on their hosts’ backline as Kevin De Bruyne found Michy Batshuayi in a pocket of space, but the new Fenerbahce striker could only hit a soft shot into the hands of Pasveer.

The visiting side came knocking on the door again. De Bruyne’s lofted ball into the Netherlands’ penalty area barely connected with Axel Witsel’s right foot, posing no threat to the Ajax shot-stopper.

Poor communication in the Oranje backline fired Leicester City full-back Timothy Castagne one-on-one with the keeper, yet the finish let him down as the ball blazed to the stands.

Despite the Netherlands’ uneventful first-half showing, they headed into the half-time break without conceding, allowing manager Louis van Gaal to start from scratch in the second half.

Unsatisfied with his team’s display in the first half, the former Manchester United boss left Nathan Ake and Vincent Janssen in the locker room at the interview, introducing Tyrell Malacia and Kenneth Taylor instead.

A couple of substitutions at the break contributed to a lively second-half start from the hosts, as Denzel Dumfries eluded his markers before unleashing a shot across the face of goal and wide of the far post.

After a quick-fire second-half opening, the Netherlands dropped back again and it almost backfired on them, with De Bruyne picking out Everton’s Amadou Onana with a laser-sharp long ball.

Unfortunately for Belgium, the tall box-to-box midfielder saw his first-time finish let him down, as Pasveer had no problems denying him from point-blank range.

When De Rode Duivels failed to capitalise on their goalscoring opportunity, the Netherlands struck first through Liverpool talisman Virgil van Dijk in the 73rd minute.

PSV Eindhoven rising star Cody Gakpo whipped the ball in from the corner kick onto van Dijk’s head, who put it past Thibaut Courtois after escaping the clutches of Zeno Debast.

Since taking the lead, the Netherlands created a few more decent chances to double their lead.

Courtois thwarted Steven Bergwijn’s effort in a one-on-one situation to leave Belgium with a glimmer of hope that they may stay unbeaten in Amsterdam.

And they almost did. Second-half substitute Dodi Lukebakio went for the spectacular with the last kick of the game, but his sensational bicycle-kick attempt rattled off the far post.

While the Netherlands locked down their place in the Nations League semi-finals, Belgium will be disappointed to have been beaten by the Oranje twice in 2022.