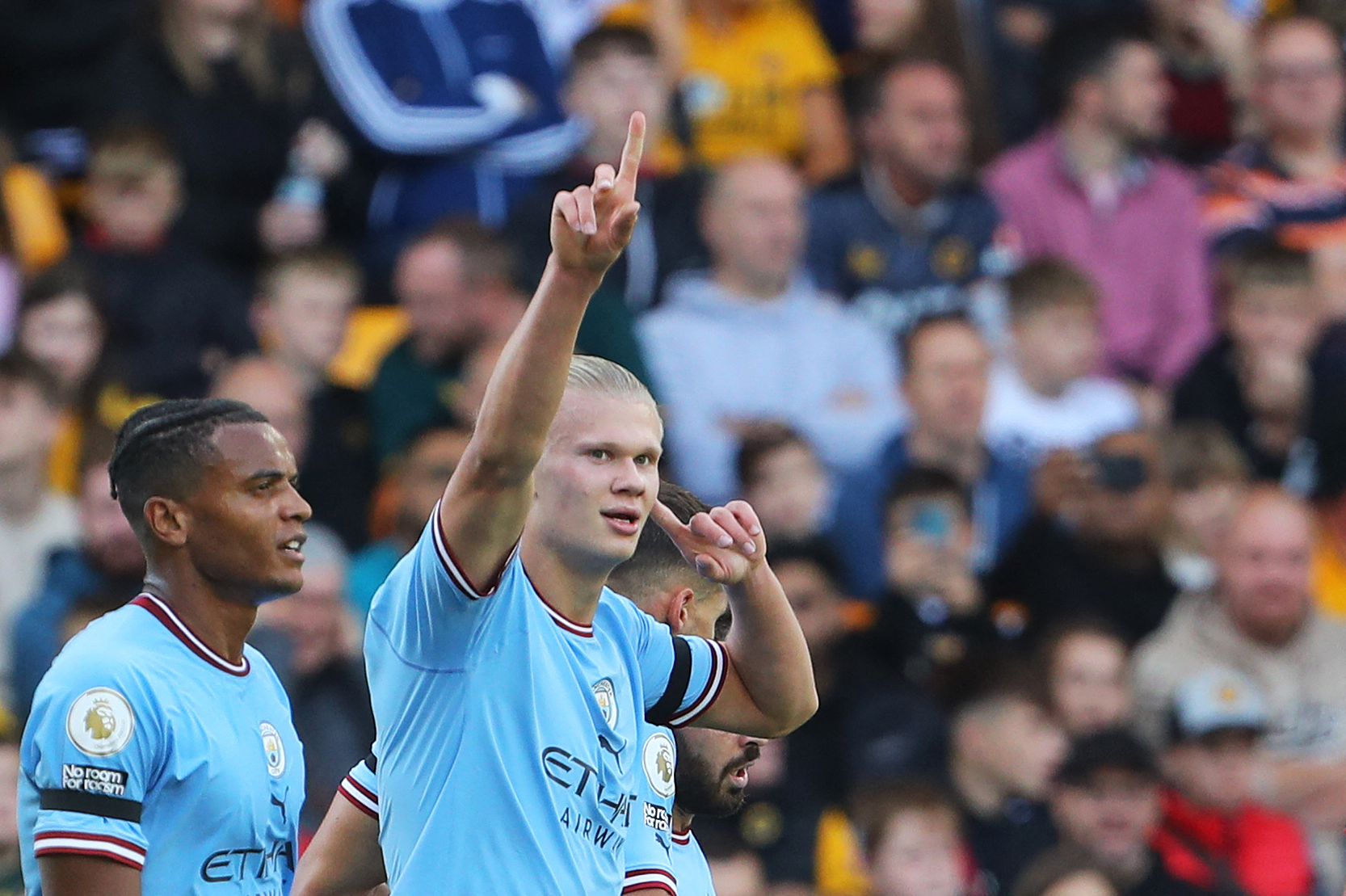 City have fallen agonisingly short of the top honour in European football over the last two seasons. They were seconds away from reaching the final last term and lost 1-0 to Chelsea in the final the previous year.

Last season’s loss was excused because of the absence of a recognised centre-forward.

However, Evra believes there is no excuse for Pep Guardiola’s men after signing Haaland from Borussia Dortmund.

Speaking to Betfair (via MEN), Evra said, “He (Haaland) is a monster.

“He is using his physique. He’s a killer in front of the goal. He does the right movements. He’s sharp for someone tall and strong. Like a cat,” added the former Manchester United and Juventus left full-back.

“He got them back on track, and that’s why he’s a number nine, and this is a real number nine. City were winning the league without a striker, but in the Champions League, they struggled. Now I feel like they have no excuse.

“When they lost that final against Chelsea, Guardiola decided to play without any striker. Now, this won’t happen again.”

Haaland has started delivering the goods for City in Europe. He already has three Champions League goals for the Citizens in two games.

With his double against Sevilla, Haaland became the fastest player to reach 25 goals in the Champions League. He hit that milestone in 20 appearances.

His incredible finish against Dortmund helped City complete a comeback against the German side. City are comfortably top of Group G with six points. They have back-to-back games against Copenhagen ahead.

Haaland looks ready to take City to the promised land. He is the favourite to finish as the top scorer in the Premier League and the Champions League.