This Week in Football: Tight title race in Argentina and Nations League drama 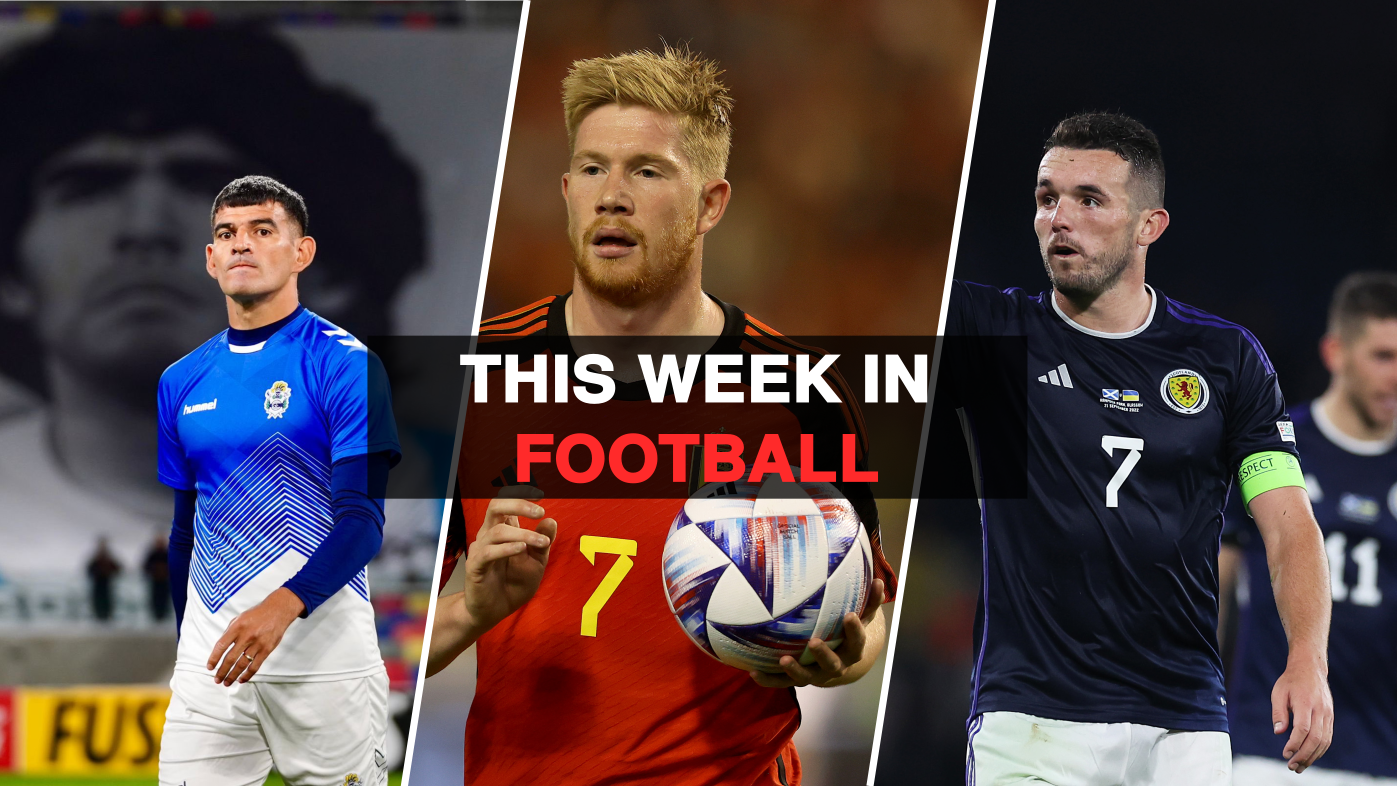 We are in the final international break leading up to the World Cup so intriguing football is hard to come by, but you can certainly find it if you look closely enough.

We will aid your quest by highlighting some of the action over the course of the week, including the tight title race in Argentina and action from the Nations League.

We have been covering the title race in Argentina on and off in our columns, and things are starting to heat up as we approach the end of the league campaign.

The Liga Profesional will continue to be in action during this international break, so this is the perfect time to check in on the situation at the top of the table.

After Boca Juniors’ goalless draw with Huracán, Gimnasia La Plata had a golden opportunity to jump to the top of the table when they faced Central Córdoba, who were just a few spots above the bottom of the table.

They needed a win to take their tally to 39 points and surpass Atlético Tucumán, and they would have backed themselves to get the job done in the North of Argentina.

Unfortunately for them, it was not to be. Gimnasia finished the match with significantly less possession than their opponents, and neither side managed to fashion a single big chance.

A draw would still have been a decent result for the visitors, but they suffered heartbreak in the third minute of stoppage time when Cristian Torres netted for Central Córdoba.

That result leaves Gimnasia two points behind the league leaders, but they stay second ahead of Boca Juniors thanks to a superior goal difference.

As they say, things are getting tight at the top of the table in Argentina.

Moving on to the Nations League, there was action in each of the four divisions in the last couple of days. Thursday night saw two of the four groups in League A in action, and the more interesting one certainly is Group 4, where there is still all to play for on the final matchday.

The main reason is Belgium’s win over Wales, which keeps the group alive at both ends. The hosts cruised to a 2-1 win in Brussels after a dominant performance where a superb goal and assist from Kevin De Bruyne put them in a commanding position at the end of the first half.

Wales did pull one back early in the second period, but if any side was likely to score again, it was Belgium, so their lead was never under severe threat.

The Netherlands’ win over Poland means that the gaps at both ends of the table are three points each, but the good news is that the pairs of teams at either end will face each other on Sunday.

At the top, Belgium will need to beat the Dutch by a two-goal margin at least if they are to qualify for the final stage, while at the bottom, a Welsh victory will save them from relegation and send Poland down instead.

It still is all to play for in Group 4.

Just over three and a half months after their World Cup Qualifying play-off semi-final, Scotland and Ukraine met again at Hampden Park, this time for a Nations League clash.

The visitors delivered an incredibly spirited performance that night and came away with a memorable victory, but this match proved to be quite different.

Scotland were the better team by far from the very start of the match, but they failed to make their dominance count on the scoresheet in the first half.

Eventually, in the 70th minute, John McGinn opened the scoring to put the hosts in front. In the last ten minutes of the match, substitute Lyndon Dykes scored two more goals to add a bit of gloss to the final result.

This win takes Scotland two points clear at the top of the table ahead of Ukraine, with the two sides set to square off again in under a week.

While Scotland and Ukraine still have some way to go before their Nations League future is decided, Kazakhstan already know where they will find themselves in the 2024/25 season — all the way up in League B.

This was confirmed after their win over Belarus in Astana, which took their tally to an unassailable 13 points in Group 3 of League C.

The only time they had dropped points in this Nations League campaign was in the reverse fixture against this opposition. It appeared that they were in for a similar result after the sides went in level at half-time following the visitors’ stoppage-time equaliser.

Kazakhstan squandered a couple of huge opportunities in the second half and started to grow frustrated as the match wore on. They were eventually rewarded for their endeavours when they retook the lead with just over 10 minutes of normal time left.

The home side will certainly feel that their victory was deserved, but either way, Astana should be celebrating their first-ever promotion to League B. Not a bad turnaround for a side that only avoided relegation last season by winning their play-off on penalties.

There was action down in Group D too, where the two protagonists of the promotion battle in Group 1 squared off in Riga.

Hosts Latvia had a five-point buffer at the top of the table ahead of Moldova, whom they had defeated in the reverse fixture by a two-goal margin.

The equation was simple for the visitors: win to keep your promotion hopes alive. They did just that on the back of a superb first-half performance that saw them take a two-goal lead into the half-time interval.

Latvia looked quite strong after coming out of the tunnel for the second period and halved the deficit within 10 minutes, so Moldova had to hold on after that.

Buoyed by a very encouraging crowd, the home side pushed for an equaliser late in the game, but the match ended with just one of their 16 efforts on goal going in.

That cuts the gap at the top of the table down to two points heading into the final matchday, but goal difference means that Moldova will need to hope for a Latvian defeat to have any chances of going up.

They will be facing Liechtenstein, who are still pointless this season, on the final matchday, so they should be expected to win, and all eyes will be on Andorra to see if they can pull off an upset.

There isn’t a lot of action over the weekend, but here are a few fixtures aside from the aforementioned ones that you might want to keep an eye on:

🏆 Nations League A: Italy vs England (Friday, 19:45 GMT)
A repeat of the 2020 European Championship final with the danger of relegation for the visitors. If that doesn’t convince you to watch, nothing else can.

🇦🇷 Argentina: Godoy Cruz vs Boca Juniors (Friday, 23:00 GMT)
Boca Juniors will face a relatively tough test in their visit to seventh-placed Godoy Cruz on Friday night in a match they will likely need to win to keep pace with the sides above them, so this could be a pivotal match in the title race in Argentina.

🇲🇽 Mexico: Necaxa vs Mazatlán (Saturday, 01:00 GMT)
There are only a couple of Liga MX fixtures this weekend, as four teams play their games in hand before the final round of the 2022/23 Apertura next weekend. The winner of Necaxa’s clash with Mazatlán will have a good chance of qualifying for the play-offs, so this will be a vital fixture.