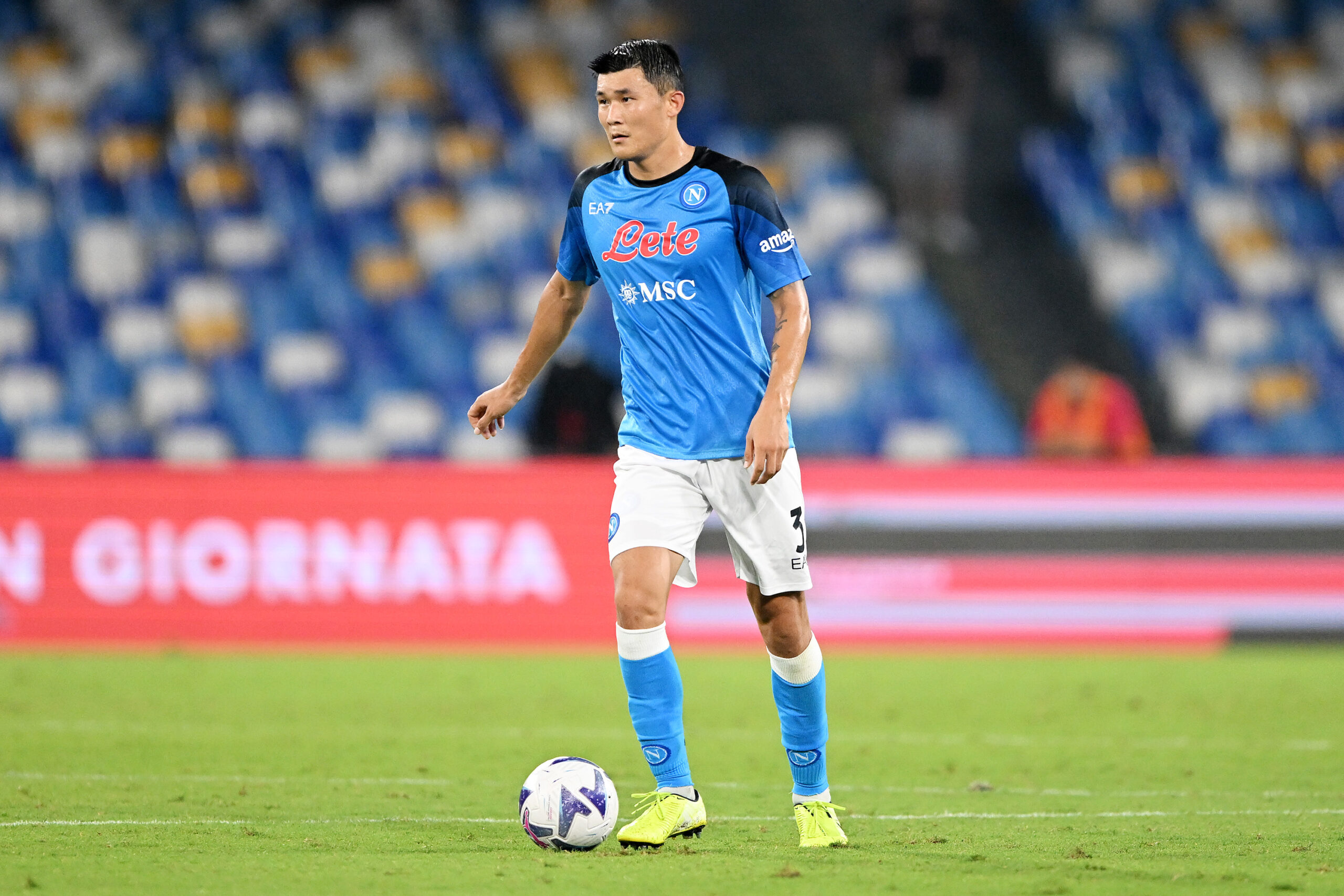 Napoli defender Kim Min-jae has a release clause of €50 million that will activate on July 1, 2023, according to Il Mattino.

The South Korean centre-back joined Napoli this summer for around €20m. He arrived from Fenerbahce as a replacement for Kalidou Kouliably, who joined Chelsea.

Min-jae is turning heads in Italy with his superb performances for the Neapolitan club, and several big clubs are circling.

There are now concrete concerns about the player’s future with such an affordable release clause in his contract.

Manchester United is are one of the reported suitors. The club have the player on their shortlist and would like to bring him to Old Trafford.

He has been brilliant for the Parternopei, winning 73% of his aerial duels in Serie A. Min-jae also wins 58% of his ground duels while completing all his dribbles.

The 25-year-old makes 2.62 interceptions per game, putting him in the 85th percentile of defenders across Europe’s top five leagues.

He has started six of the club’s seven Serie A games, helping his side keep two clean sheets. Luciano Spalletti’s men sit at the top of the table with five wins and two draws.

They have won their two Champions League games over Liverpool and Rangers, conceding only one goal in both encounters.

Napoli president Aurelio De Laurentiis bragged about his new signings to LaPresse’s microphones. It was on the sidelines of the presentation of the documentary film Sophia.

“There is a press conference of mine where I said, ‘We will set up a great team’ then nobody believed it and instead…,” said the film producer.

Napoli has no intention of letting the defender go after only one year despite the release clause. However, there may be nothing the club can do if another club submits a bid.

De Laurentiis may have to give the player a new contract which could erase or raise the release clause.