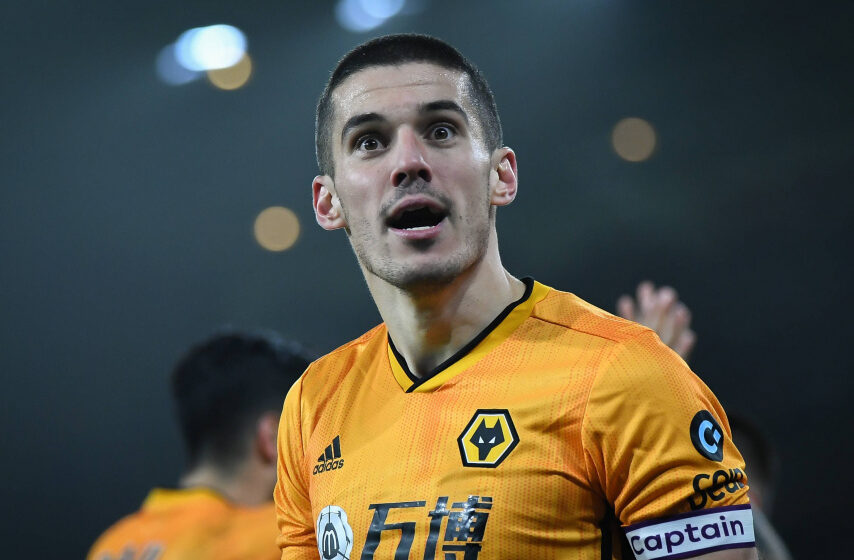 Everton loan star Conor Coady has said that he loves every minute with the England squad.

The 29-year-old has made an impressive start to the season, playing six of the seven matches for the Toffees.

He joined the Merseyside club in the summer on a season-long loan from Wolverhampton Wanderers with an option to buy.

The centre-back’s performances have seen him earn a place in Gareth Southgate’s squad for the two Nations League fixtures.

However, it is uncertain whether he will be part of the Three Lions’ starting XI against Italy and Germany.

Southgate generally starts John Stones and Harry Maguire in defence. However, despite Maguire’s struggles, the England manager hinted he is still the first-choice defender.

Aston Villa’s Tyrone Mings and Manchester City’s Kyle Walker are also in contention for a place in defence.

Coady made his England debut in September 2020 and has now earned 10 caps.

However, despite not getting opportunities in the national side, Coady refuses to be downbeat and says he loves every minute with England.

He told Sportsmail: “Every player is desperate to play, but at the same time you come here with one goal and that is to win no matter what you are doing.

“I have played football for a long time; I know what it consists of and I know at times. you want to play every minute of every gam – but if I am not going to do that what is the best thing to do?

“Is it to sulk and mope and go to your room and not speak to anybody and keep your head down? Or is it to try and help everybody around you and help the lads as much as you can.

“Coming away [with England] and wearing the England shirt, it is the best feeling in the world, training with the boys every single day and seeing the standard of training, it is the best.”

Coady has been solid for Everton this season and deserves to play for England in the Nations League.

He has played 531 minutes in the Premier League, with an assist to his name. He has averaged 5.7 clearances per game and completed 83 percent of his passes (as per WhoScored).