Denmark vs France Preview – Prediction, how to watch & potential line-ups 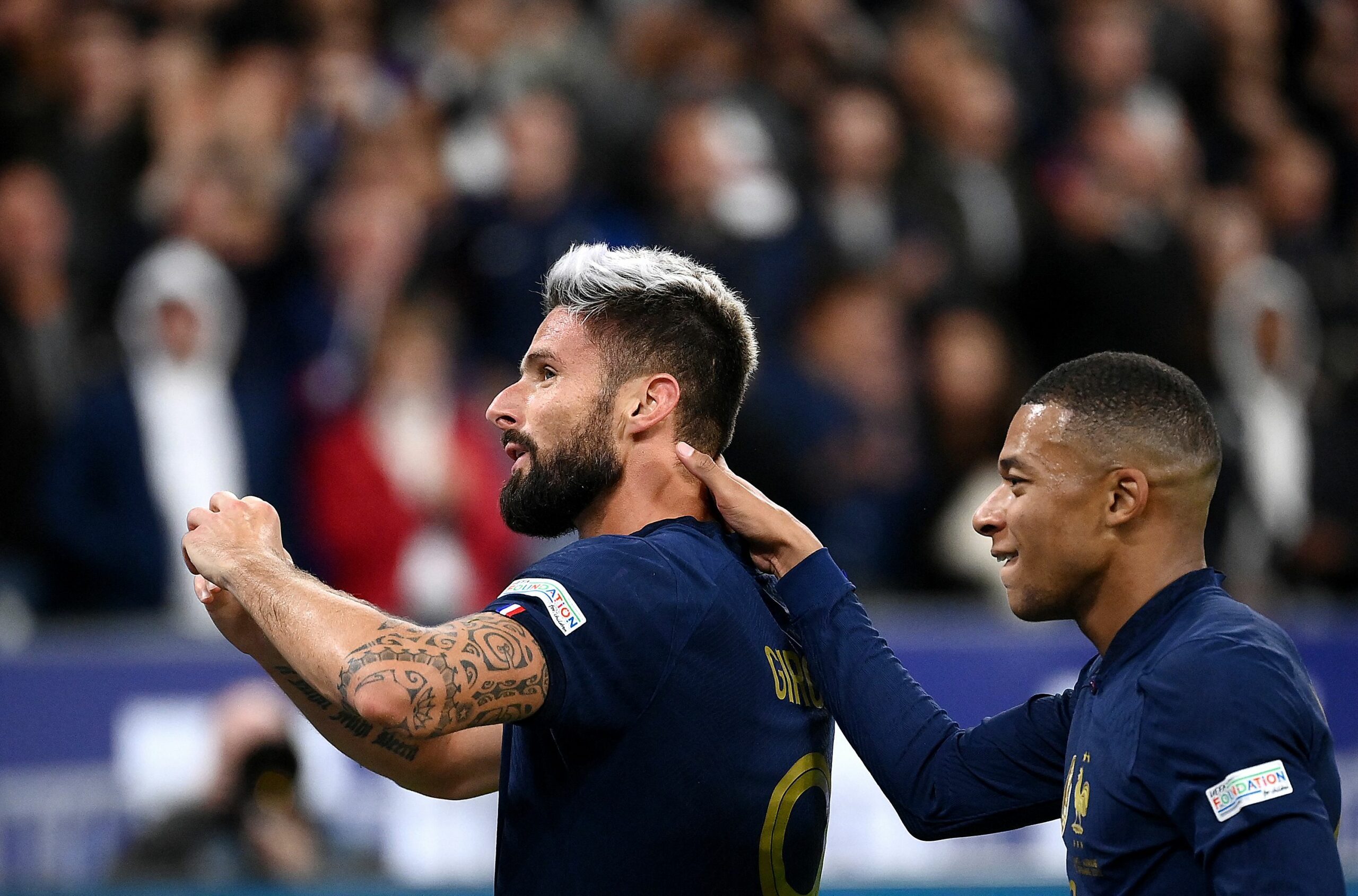 Fresh from a 2-0 home victory over Austria, reigning world champions France take a trip to Parken Stadium to take on Denmark in their final Nations League group stage fixture.

Kylian Mbappe and Olivier Giroud were on the scoresheet beyond half-time as Les Bleus ended their four-match winless Group A1 start (D2, L2) and made a decisive step towards avoiding relegation to League B.

Yet only a year since lifting the Nations League title, Didier Deschamps’ side cannot make the play-off semi-finals, but a win in Copenhagen would maintain their elite Nations League status.

With one point separating France from bottom-placed Austria, any potential fiasco on Danish soil, combined with the Austrians’ home success against Croatia, would demote Les Bleus to the second tier.

Therefore, Deschamps’ men are unlikely to take this match-up lightly, even though numerous high-profile absences could derail the visitors’ bid to upset Parken Stadium.

Denmark’s hopes of reaching the Nations League play-offs took a massive blow on Thursday as they succumbed to a 2-1 defeat in Croatia, surrendering the top spot to the 2018 World Cup beaten finalists.

Kasper Hjulmand’s lads are no longer masters of their destiny as they need to beat France here and hope Austria can hold the Croatians winless in the final round to facilitate their way into the semi-finals.

None of Denmark’s 14 internationals in the post-Euro 2020 period have ended level, with Hjulmand’s team racking up ten wins and four defeats in that stretch.

But the Danes have been the epitome of inconsistency in the past two international breaks, alternating between winning and losing across their last four Nations League fixtures (W2, L2).

Playing at home comes in handy, with the Danish Dynamite landing six triumphs from their seven home internationals (L1) since bowing out of the Euro 2020 semi-finals.

You’d have to go back to June 2019 for France’s last defeat on foreign soil, with Les Bleus amassing 11 wins and three draws from 14 away internationals since that 2-0 loss in Turkey.

However, the visitors’ high-flying form on their travels is in jeopardy as they meet a Denmark side they’ve failed to beat in both previous competitive encounters (D1, L1).

On the bright side, Deschamps’ frontline found a way to overcome their scoring woes against Austria on Thursday after netting one goal or fewer in their opening four Nations League outings this term.

Denmark vs France, alongside all other Nations League fixtures in September, are available to watch online via football live streams.

Though France head into proceedings as pre-match favourites, Denmark’s resilience on home turf and the pressure to pick up all three points may take this affair either way.

Les Blues are keen to pick up momentum ahead of the upcoming final tournament, but we back the home side to play down the odds and eke out a narrow win.